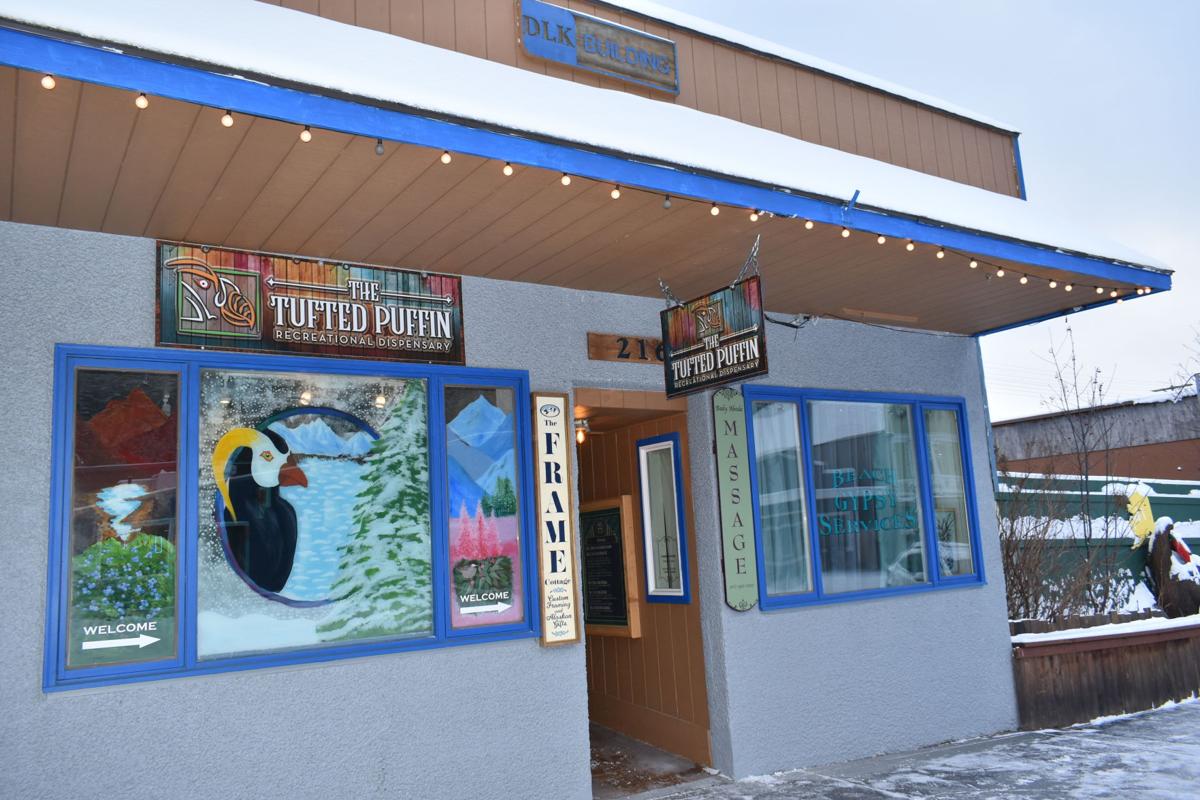 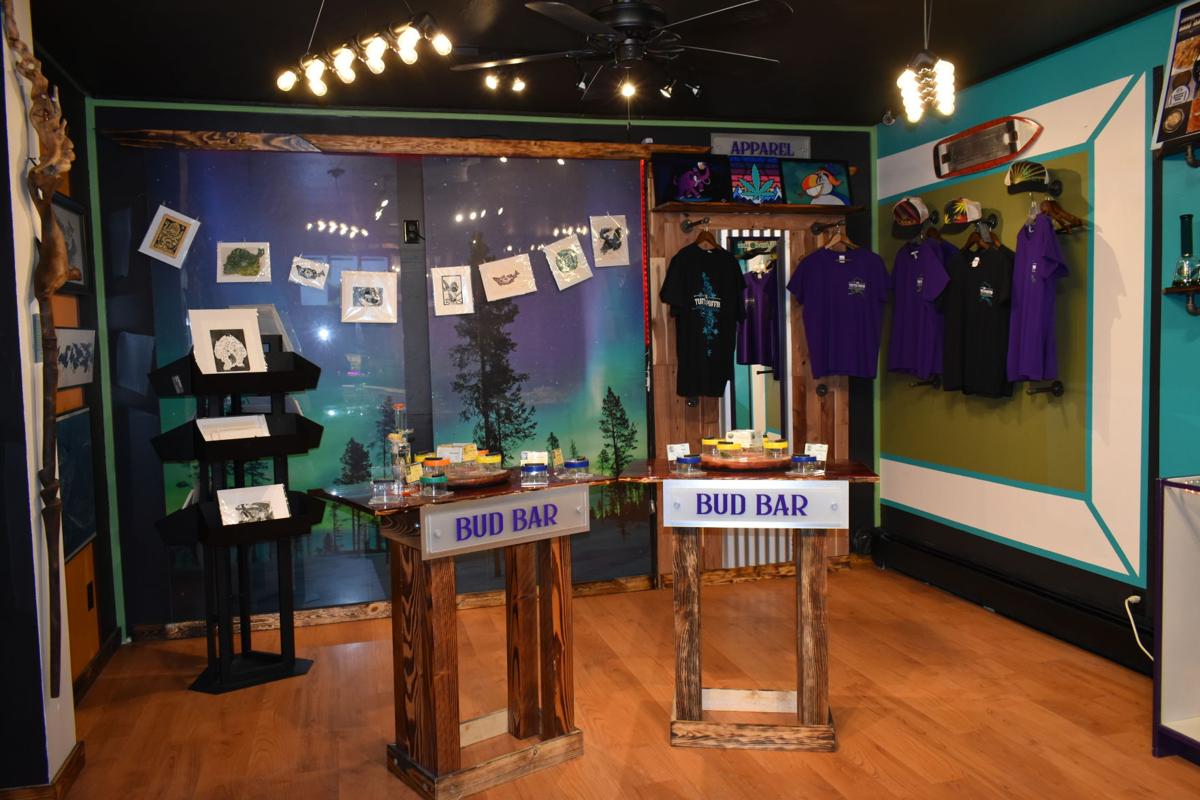 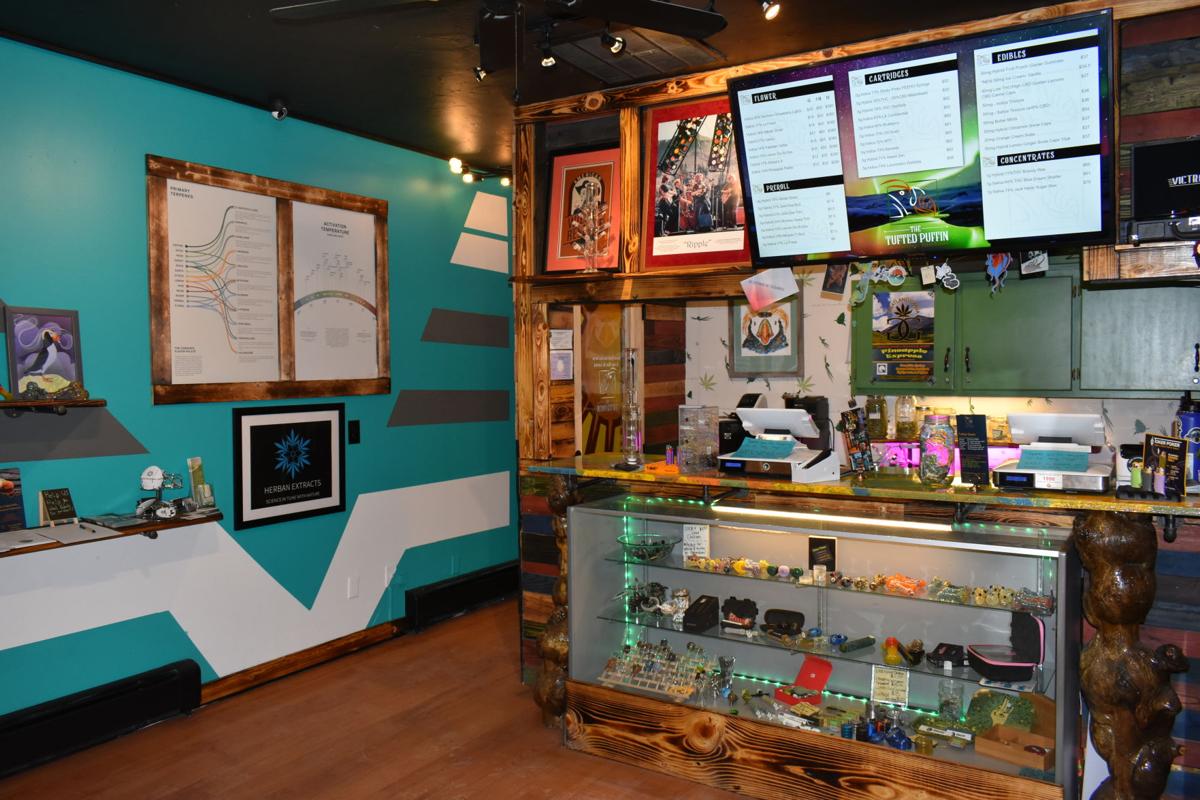 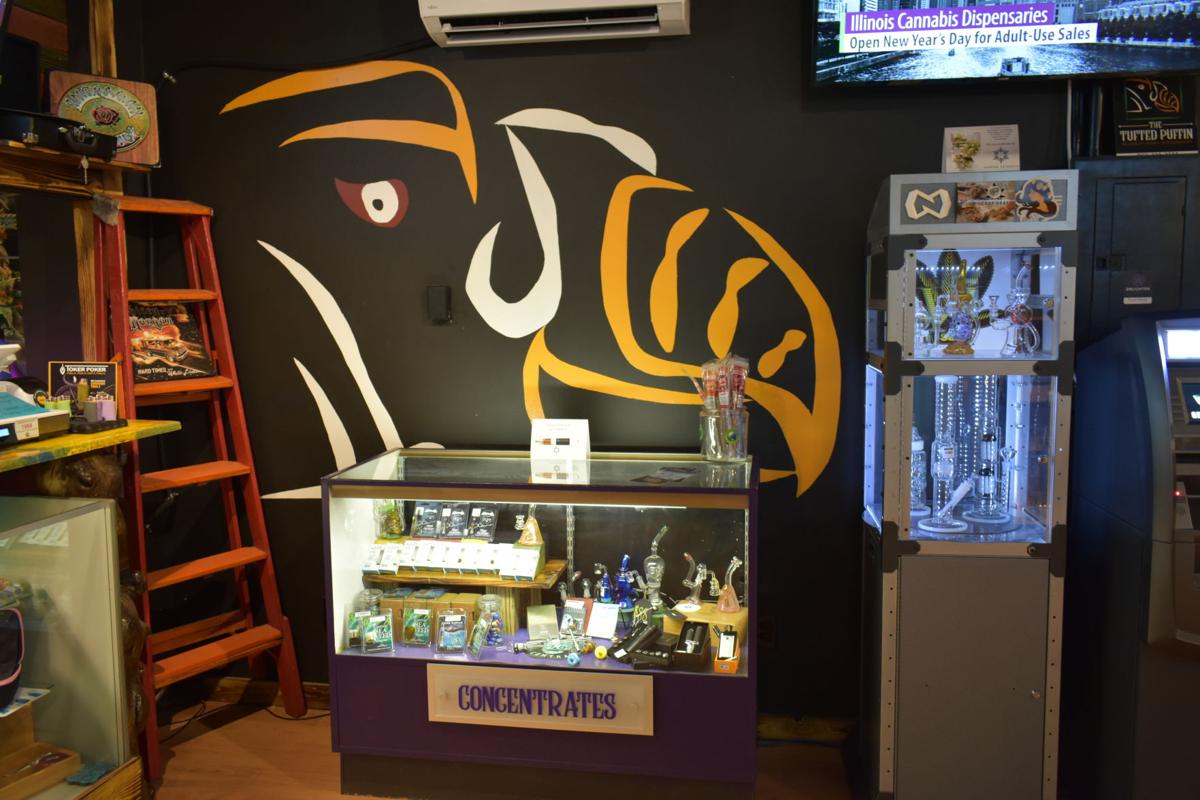 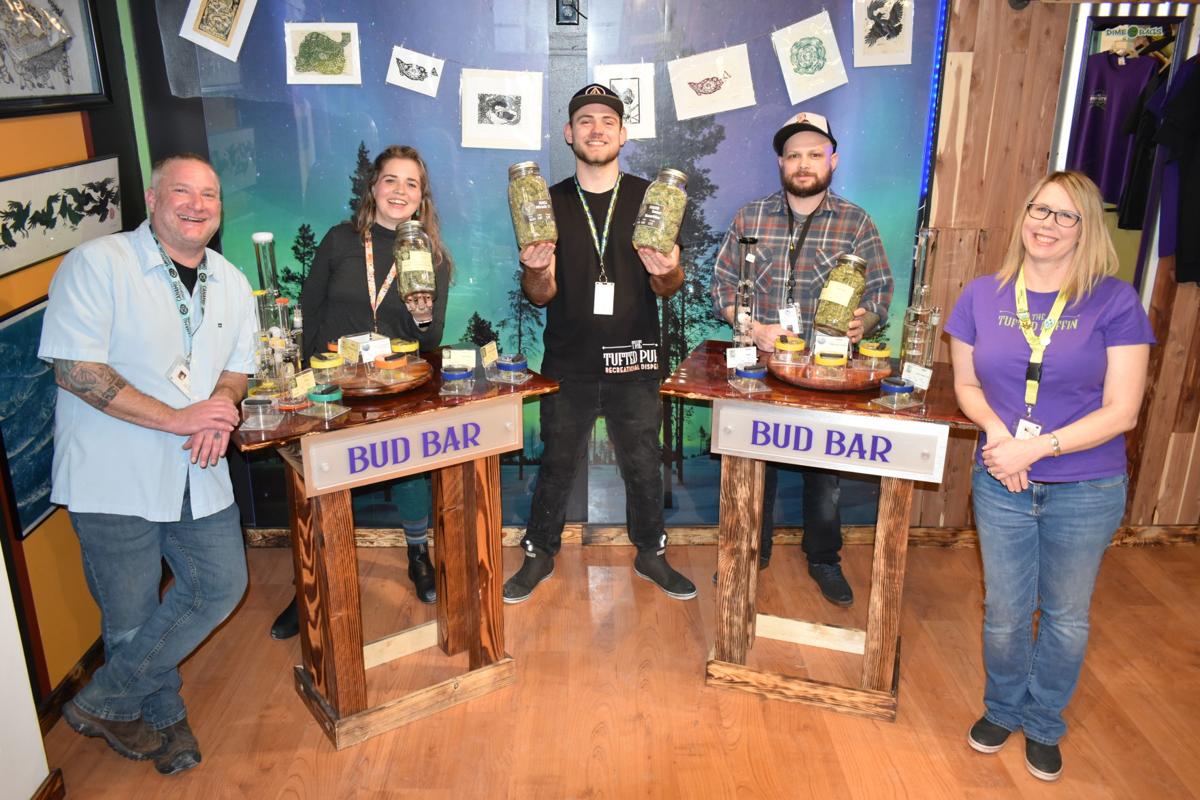 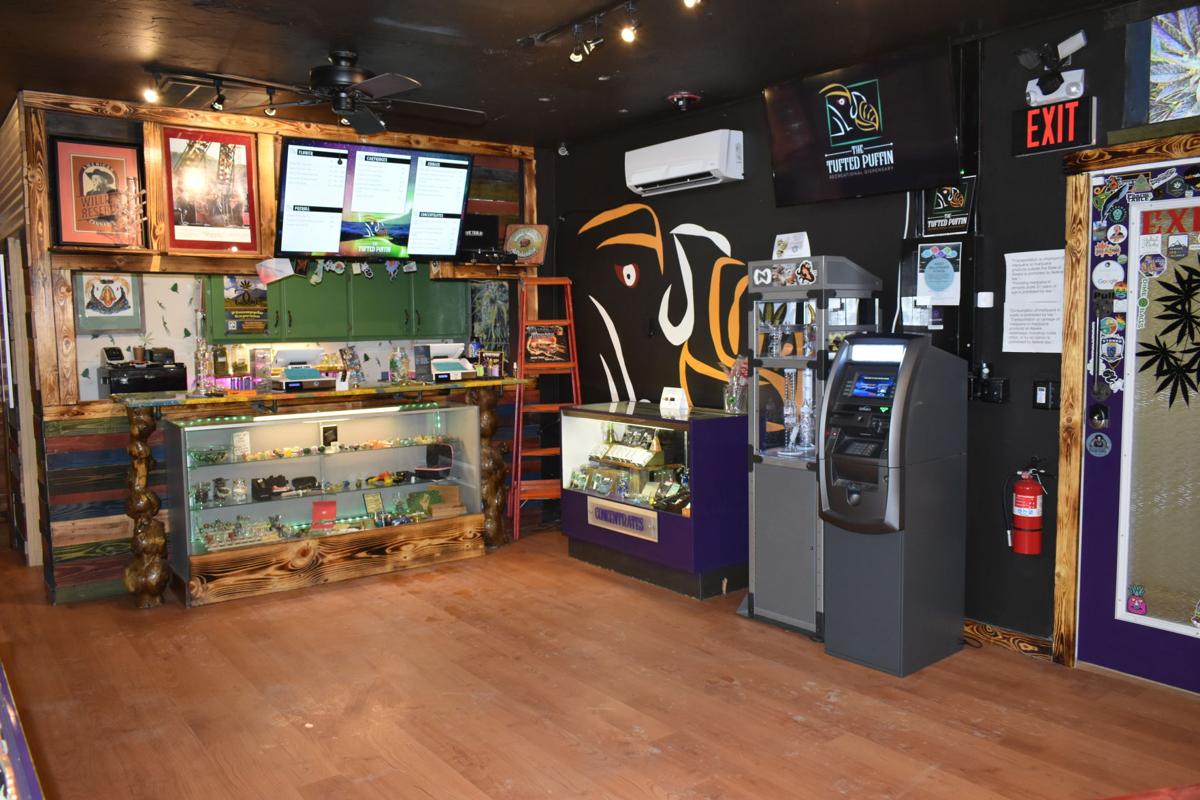 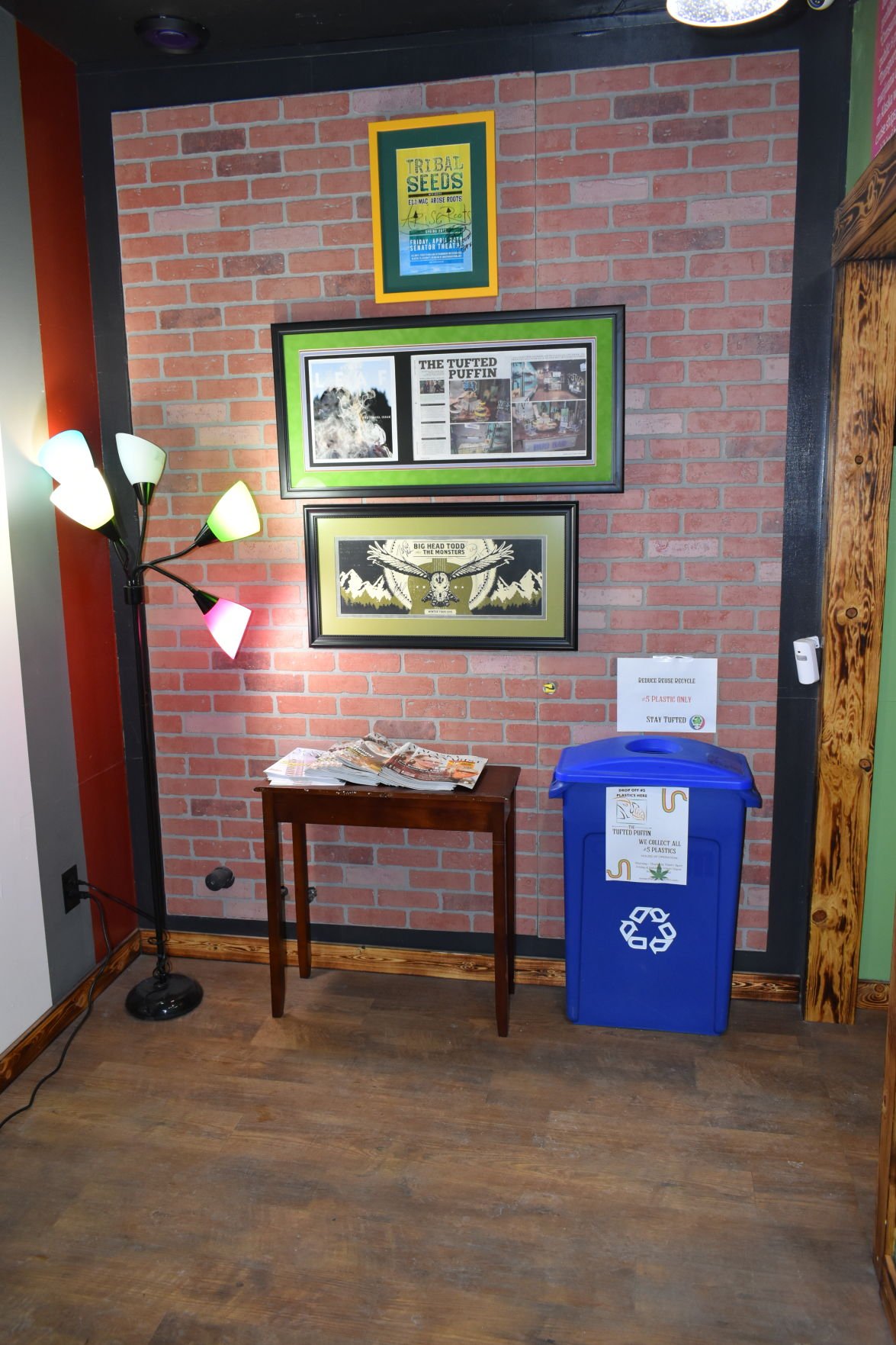 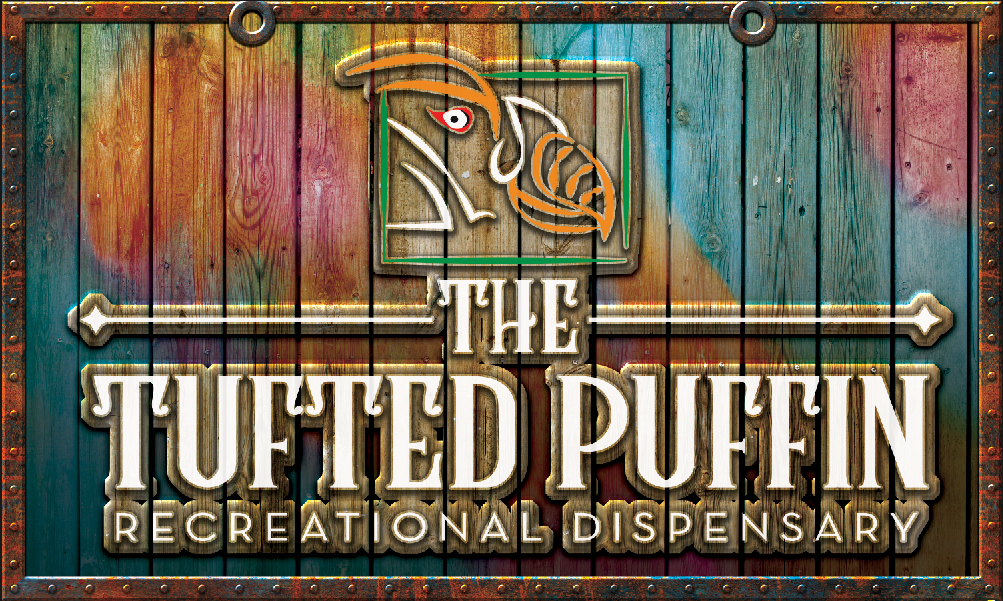 Longtime Seward business owners Randy and Jennifer Wells decided they wanted to open a retail cannabis shop in Seward and went about putting their application in and getting the other paperwork in order. They had a site in mind near the Seward harbor, but that was rejected by the city after it found a conflict with the building code.

Downtown Seward seemed to be off-limits, as well, Randy said. State and borough regulations prohibit cannabis businesses within 1,000 feet of schools and 500 feet of jails and churches. City officials had drawn pink circles on a big map around these facilities in downtown Seward, which is home to seven churches, the Seward Community Jail and a teen center, and all the circles overlapped.

He found that the city had misinterpreted the law by drawing circles around the churches and schools. “The law says 500 feet from front door to front door by the shortest pedestrian route, so drawing a circle isn’t actually how the law was written,” he said. “What my wife and I did, and it probably took us two months, we downloaded a GPS dog-walking map to our phones and put our backs to the doors of every church, every school, every playground. It took us two months to find a spot we thought could work.”

Randy went back to the city and one of the officials took the city’s surveying tool and measured the route from the church to the location on 4th Avenue that the couple were eyeing for their dispensary. The total distance: 506 feet. “We slipped in by 6 feet,” Randy said.

The business is named after a colorful seabird that is frequently sighted in the ocean around Seward. Randy started a charter fishing company in 2007 and later opened a cruise ship transfer business and vacation rentals in the port town of fewer than 3,000 residents on the Kenai Peninsula. Commercial fishing and tourism, which includes the Alaska SeaLife Center, are the town’s economic mainstays.

Randy said his family started a guiding business on the Kenai River in 1977 and later owned a store and restaurant in Unalaska. He started high school in Unalaska and graduated in Bethel. Jennifer’s father was in the U.S. Navy, and her first taste of Alaska was when he was stationed in Adak. They spent the early years of their marriage in southern Oregon, with Jennifer bringing the kids to visit Randy in Seward during fishing season.

“I think Seward’s the greatest place in Alaska that I’ve been to,” Randy said.

They lived the rest of the year in southern Oregon and became involved in the medical marijuana movement as it was getting off the ground. Later, when recreational cannabis sales were approved, Randy was interested in pursuing a license there but was being kept too busy by his charter business. Later, when Oregon allowed people outside the state to own or invest in cannabis, it sent the industry reeling.

“It took the wholesale price from $2,000 a pound to $500 a pound,” he said. “Now, because they opened it up to anybody and everybody, there’s a dispensary on every corner. Literally, you can’t walk anywhere in downtown Eugene and not see a dispensary in every direction.”

About the time Alaska approved recreational cannabis, the Wellses’ youngest child graduated from high school and they decided to make Alaska their permanent home. Even before they were official state residents, the Randy and Jennifer were strong advocates for legalization in Alaska. When it passed, they started to make plans.

The Tufted Puffin is about 600 square feet and ideally located in Seward’s charming downtown. Across the street is the Seward Ale House, and the Seward SeaLife Center is a rock’s throw toward the water, Randy said. It was an immediate hit with the tourists and locals, far more successful than Randy expected.

“I’m a business planner,” he said. “I love writing business plans and I love this; it’s the first time I was so far off.”

He has had a hand in every aspect of the business, studying the psychology of retail design and incorporating those lessons into everything from the hand-picked wood trim, to the color of the walls and the lighting.

“I designed the store and I built the website,” he said.

He has vetted every product carried in the store.

“I have personally been to every cultivation, manufacturing and concentrate facility, even some that we don’t carry,” he said. “I’m all about hand-trimmed and cured correctly. We are huge on talking about terps at our store, educating people on the other things that are tied to cannabis flowers that add effects to us. So we believe that the shopping experience at our store is education-based. We try to educate the consumer.”

The Wellses are also very involved in the community, and the community’s reaction has been positive. Randy said their initial problems with finding a store location in the city limits wasn’t because the city was against the business.

“The City Council, Planning Department and city clerk all worked with us to get it done,” he said. “They want the sales tax.”

“I talked to the local police in town and asked them if they have any concerns or issues, and it’s always with a smile they say ‘No, you’re doing a great job,” Randy said. He and the other Tufted Puffin employees also are careful to educate cruise ship passengers who stop in about what they can and can’t do with cannabis in Seward.

The only concerns have come from one of the churches, he said. “Overall, what we’ve heard is it’s been a positive thing for the community. There were concerns having a pot store downtown would affect tourism. It’s a draw.”

The store participates in First Friday art walks, and “we sell a lot of art at the store,” Randy said.

He and Jennifer both work at the store and have two other year-round employees, adding three part-time employees during the summer tourist season.

“Our goal is to have four year-round Seward resident employees,” he said. “Jennifer and I are big on a livable wage. From what we’ve heard from other dispensary owners, we’re paying quite well.”

The Wellses are also looking at long-term prospects for the cannabis industry. Sustainable packaging is one of their focuses.

“We’re trying to do our best to curb the massive amount of plastic and Mylar bags,” he said. They work with JKD Enterprises in Anchorage to design their packaging, using Type 5 plastic as much as possible because it is the only plastic that is recycled in Alaska.

Jennifer is on the board of Sustainable Seward, which is working to bring recycling to the community.

“In addition to working with a lot of dispensaries, we have a partnership with Catalyst — we use their packaging return program,” Randy said. Tufted Puffin clients can return and recycle the packaging in Anchorage.

“We’re also working with our packaging manufacturers to create a 100 percent recyclable packaging,” he said. “We hope to have it summer 2020.”

Contact Alaska Cannabist writer Julie Stricker at 459-7532 or at jstricker@AlaskaCannabist.com.