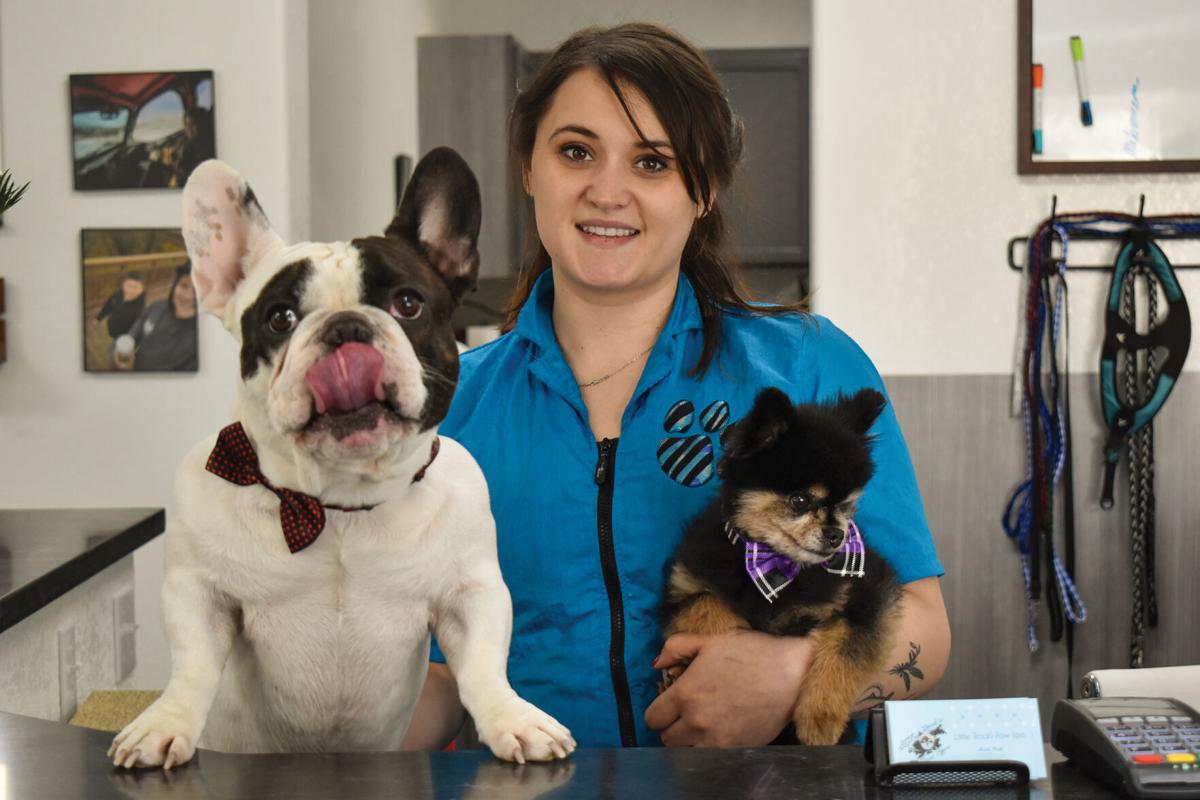 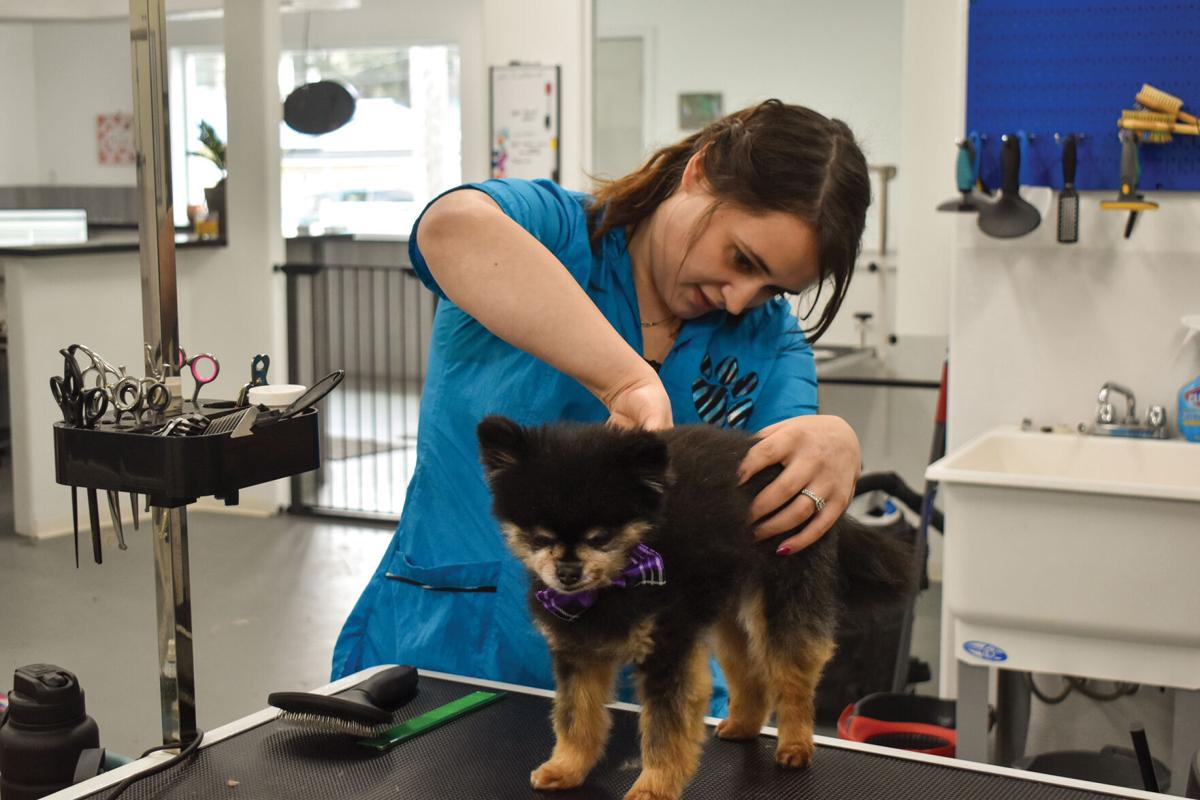 When Mavis Pruitt was 7 years old, she found a pigeon suffering from what looked like a broken wing. She begged her father to take the bird home so she could care for it. They placed the bird in a box and, to her delight, she found it flying around her room the next morning.

Although she is not sure whether the bird’s wing was ever really broken, that experience cemented her love for animals and grew into a desire to dedicate her life to them.

Her clients bring animals ranging from dogs and cats, to rabbits and guinea pigs.

She recalled one time when someone had her bathe their miniature pig, which was “very loud” and “vocal.”

The business was a culmination of Pruitt’s resilience and determination to find a fulfilling career revolving around animals.

“I always liked animals,” Pruitt said. “I've been that girl to bring animals home, any animal that I could when I was younger. I never really thought that dog grooming would be an option.”

Pruitt said she had trouble focusing in high school, including issues with dyslexia, and often found herself turning to her furry animal friends for comfort.

“When I was younger, I was more of a problem child than a go-to-school kid and I think dogs were more my go-to friend type,” she said.

Pruitt gave birth to her first child at 16 and waitressed for two years, but she desperately wanted to find another job — one that was not only fulfilling, but also could provide for her and her family.

Luckily, just as she was looking to change careers, Kodiak K Nine Kuts, a grooming salon that closed last November, was looking for someone to bathe the animals before the final haircut.

Pruitt proved herself to be the ideal candidate for the job.

After working at K Nine Kuts for one week, the groomer decided to train Pruitt to follow her footsteps into dog grooming.

But after several years working as a groomer, she gave birth to her second child and quit the job.

Although she missed her dog clients and grooming, her schedule was full with parenting and helping her husband, Jack Schactler, open his marijuana retail business High Rise LLC downtown.

After High Rise was up and running, Pruitt turned her attention back to grooming by working out of her house.

However, with her five dogs and two children, the reality of at-home grooming turned out to be too difficult. She began searching for a storefront.

It wasn’t easy. Pruitt faced many challenges with city regulations, such as ensuring that she had enough parking and the right kind of plumbing system. She also had to do extensive refurbishment work throughout the aging building.

She was finally able to open Little Rocks Paw Spa on March 22.

Pruitt specializes in slowly introducing animals to the grooming process. Her three-person team adapts the grooming to each client, taking frequent breaks if necessary.

“If the dog wants to be brushed on the floor, then we brush on the floor. If it doesn't want to get out of the kennel, then we sit in the kennel with them,” Pruitt said.

Before the grooming process begins, she examines each animal, checking the condition of the coat — noting if it is matted or knotted — and looking for cuts, scrapes or tags that she needs to be aware of.

Pruitt’s “Full Groom” package includes a pre-cut, a wash with five shampoos and two conditioners, a blowout and a final cut.

“A lot of the time you take your dog to the vet for that, but it's actually a part of the grooming process. That's just part of the job, squeezing butts,” she laughed.

Not all of her clients request simple cuts and washes. Some pet owners request show cuts for their dogs, typically for poodles.

As a mother of two kids, owner of five dogs — which she grooms herself — and owner of two businesses, she is often asked how she does it all.