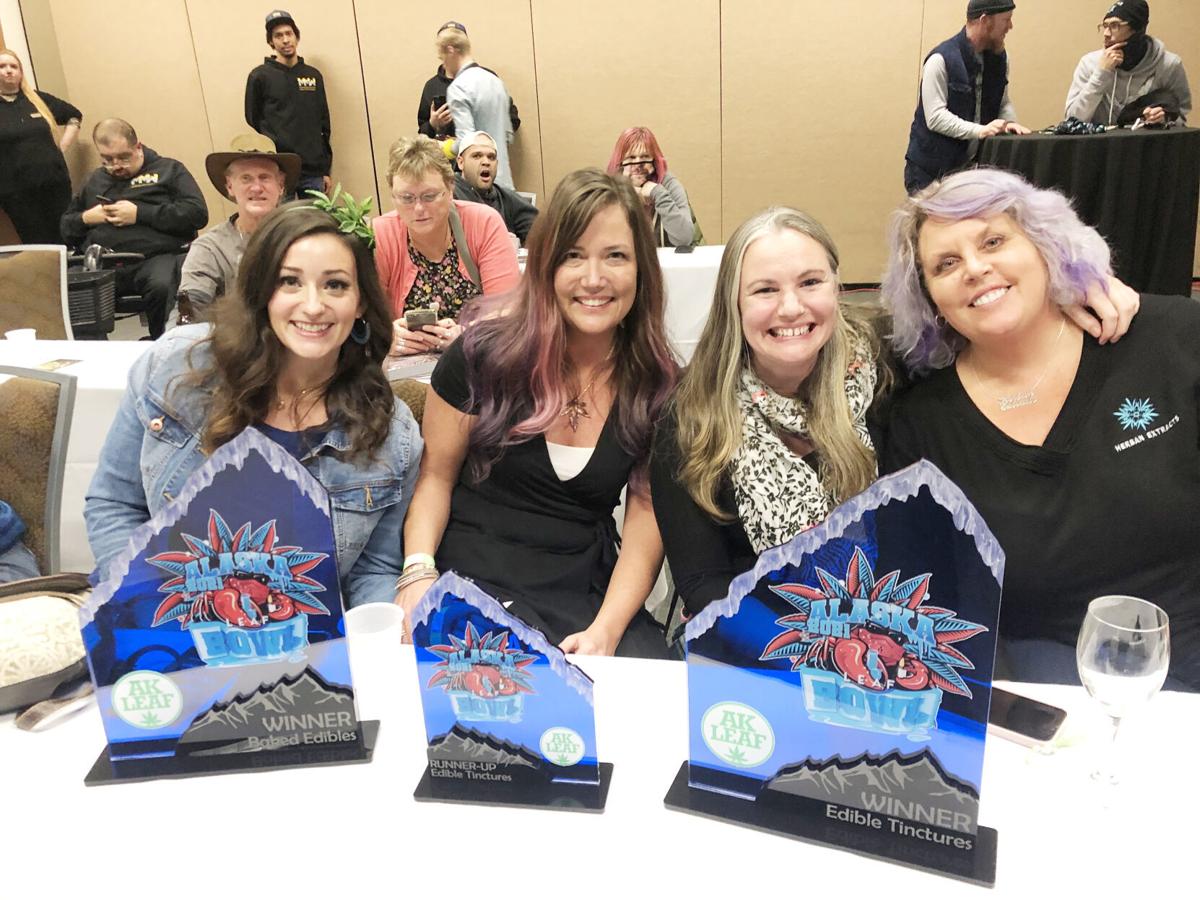 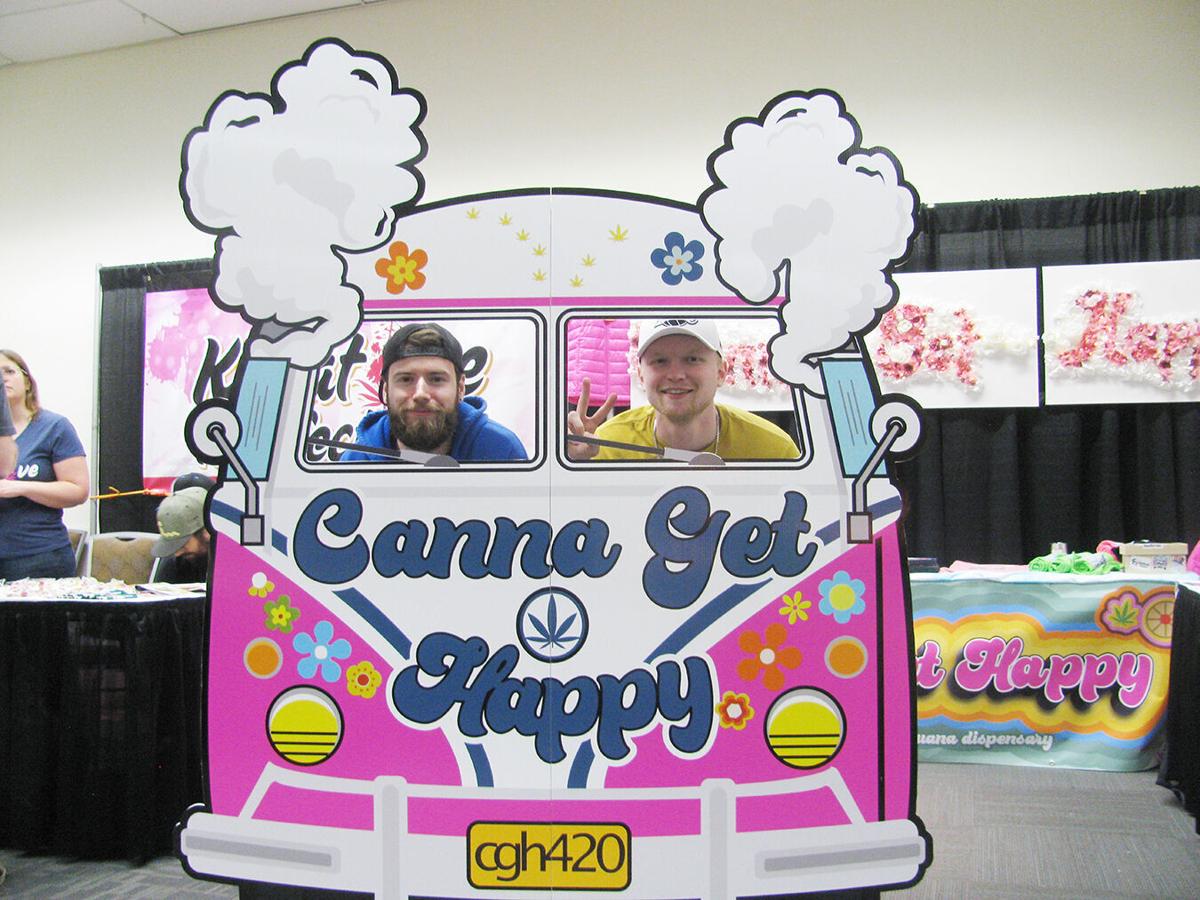 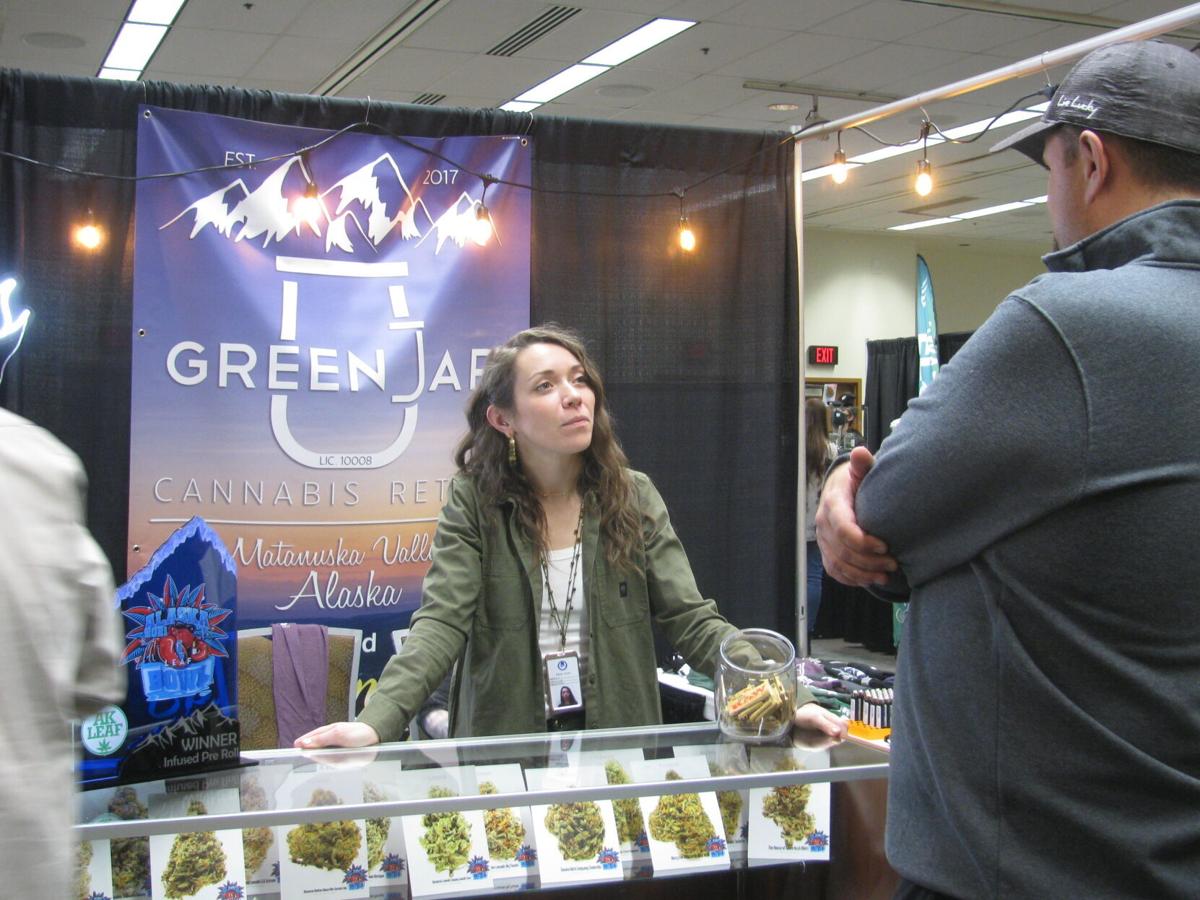 Bailey Stuart, owner of Green Jar, talks to an expo attendee about the contest entrants. 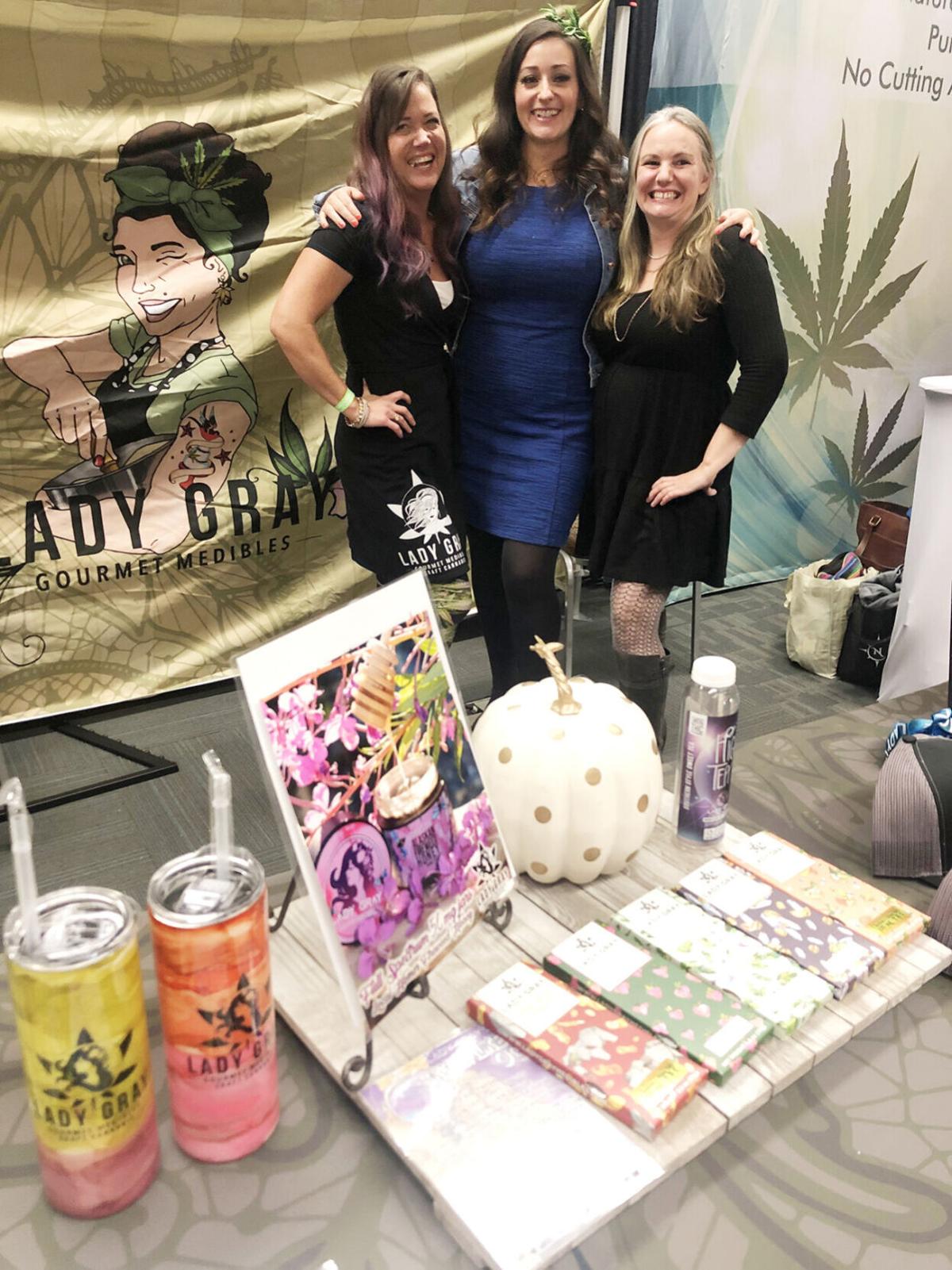 Tasha Grossl and the crew at Lady Gray Medibles pose in their booth at the Alaska Leaf Bowl, Saturday, Nov. 6, 2021 in Anchorage.

Bailey Stuart, owner of Green Jar, talks to an expo attendee about the contest entrants.

Tasha Grossl and the crew at Lady Gray Medibles pose in their booth at the Alaska Leaf Bowl, Saturday, Nov. 6, 2021 in Anchorage.

The mood was upbeat and the scene colorful as cannabis entrepreneurs came together to showcase their wares at the Alaska Leaf Bowl in Anchorage on November 6.

Billed as Alaska's first independent cannabis competition, the expo gave cannabis businesses a chance to strut their stuff, interact with customers and pit their best products against their competitors in a fun and friendly way.

The event was presented by Alaska Leaf magazine and Weedmaps, with Wasilla cannabis retailer Green Jar acting as the entry point for all contest submissions. Photos of the flower submissions were prominently displayed in glass cases at the Green Jar booth, while concentrates and edibles were able to be displayed on site.

The overall feel of the expo was that of a well-planned and happy family reunion.

“It’s an absolute joy to have the industry together again after such a strenuous time. It’s refreshing. I’m talking to everybody here and there’s so many smiling faces that we haven’t been able to see for the last two years, Leaf magazine state director Joshua Stahle said as he watched people hugging and exclaiming with delight at the sight of old friends.

Tasha Grossl, the owner and creative force behind the Lady Gray Medibles brand, was beaming as she showed off new products such as Cinnamon Roll Buttermints and the soon-to-be-released Tangerine Dream Buttermints.

Grossl laughed as she talked about the popularity of buttermints and explained the dosing options to the people crowded around her booth.

“One of our retailers in Juneau nicknamed them “Mom Mints,” she said.

Like all of the vendors that Alaska Cannabist spoke to, Grossl was delighted to be at the event.

“The show is going great. Lots of people in and out, lots of personal interaction time, especially for us because we don’t have a retail. It’s nice to connect with people and we’re glad to have a trade show finally,” Grossl said. “In this new industry it’s just so important. We were kind of just getting started when everything got shut down, so it’s nice to feel like things are picking back up.”

Another popular stop for attendees was the colorful and imaginative Canna Get Happy booth. People took turns posing for pictures behind the window cut outs of a cardboard, “Flower Power” themed VW van, and happily helped themselves to the wide variety of branded swag heaped on the table.

“Is this a mousepad? one woman said excitedly. “I love this! What color should I get?” she asked her friend.

Canna Get Happy employee Zara said she was enjoying meeting new, up-and-coming vendors, seeing all of the new products and hanging out with her customers.

“It’s fun!,” she said with satisfaction.

The Weedmaps booth featured a “Spin and Win” prize wheel and assorted swag such as hats, lanyards, dab rags, ash pouches, stickers and realistic looking, baseball bat-sized “inflatable joints.” Next door to the Weedmaps booth, Bailey Stuart and the rest of the Green Jar crew were kept busy talking to a steady stream of people asking about the various cannabis product entries on display.

Wes Abney, the CEO and founder of Leaf Magazines, said he was happy with the show.

“We did the Alaska Cannabis Expo in spring of 2019, a year before Covid,” Abney said. “We had booked this show for spring 2020 and we had to put it on hold for a little while, but we wanted to be here. We wanted to bring the community together to honor the plants and the hard work that people put into what they do as producers, processors and retailers. It builds relationships, and the more the industry grows, the more we all grow.”

Abney explained what set the Leaf Bowl apart from other cannabis competitions.

“We also wanted to have a different approach, with no sponsors that are cannabis companies, with independent judges who aren’t connected, with blind scoring so that company names aren’t involved. Transparency has been our biggest push, with having all of the entries on display so people could see what was entered," Abney said.

“The photos of the flower are of every flower that was entered, and then we have all the other products actually physically on display,” Abney said. “So many competitions will say, ‘OK, this is the winner!’ but nobody’s seen it and nobody’s really smoked it. It’s like the Oscars without watching the movie. We’re all tired of that.”

The contest was judged by Danny Denko and Bobby Black, both 20+ year veterans of High Times magazine.

“They’ve judged more cannabis cups together than anyone alive," Abney said. “They were there from the start of it. They came in as our celebrity judges and helped us build the competition in a fair way. What I like to say is, ‘It doesn’t matter to us who wins, it matters that the right people win based on what the judges say.’ We’re just as excited to see who wins.”

The show wrapped up at 4 p.m. and the awards ceremony started at 4:20 p.m. Kenai based Herban Extracts won the most prizes, and Lady Gray Medibles, which uses Herban Extracts products to make their edibles, also won multiple awards.

The awards show was followed by a Weedmaps-hosted after party at 49th State Brewing.

Contact Alaska Cannabist editor and writer Dorothy Resch Chomicz at 459-7532 or at editor@AlaskaCannabist.com