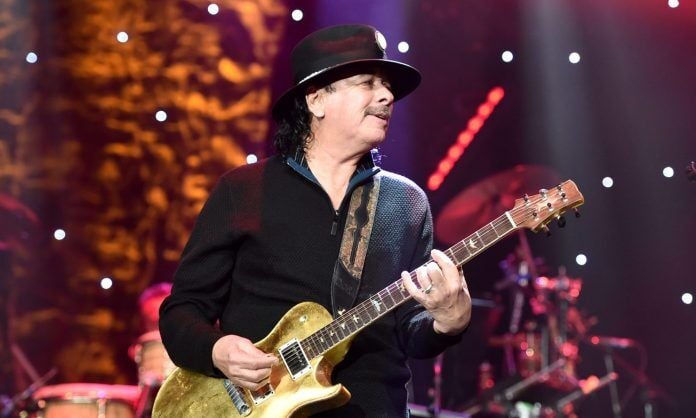 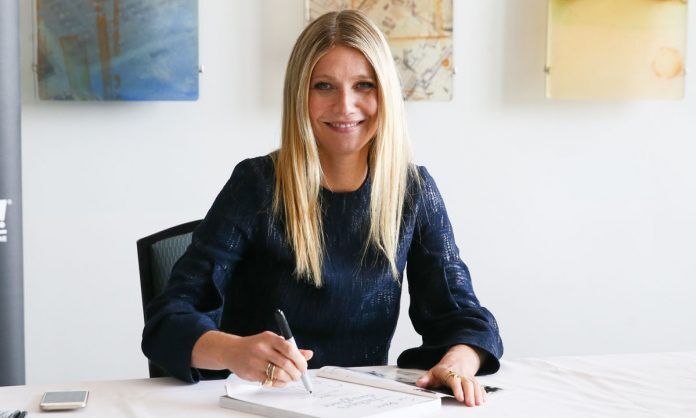 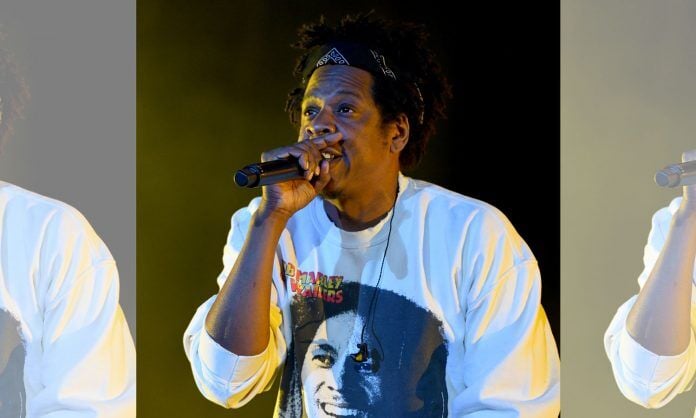 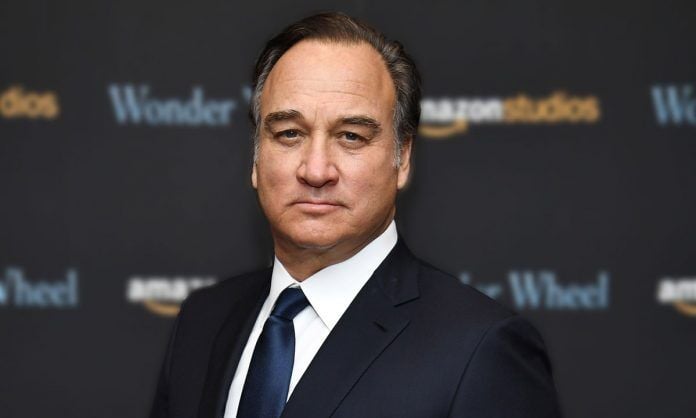 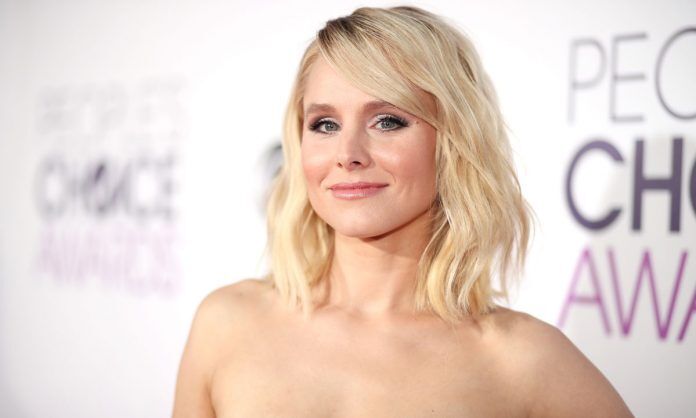 In 2020, the cannabis world has welcomed so many famous people. Some decided to become part of the industry as brand ambassadors, while others launched their own brands. Musicians, actors and athletes have expressed their love for the plant.

Was it because the stigma around cannabis has faded more than ever before? Or, was it because of industry growth, which thus presented lucrative opportunities?

1933 Industries Inc. CEO Paul Rosen told Benzinga that “the industry has crossed a tipping point from an object of curiosity to a recognized credible emerging asset class promising the potential of high growth.”

He explained that the COVID pandemic has enabled celebrities with new ways to monetize their brands, such as podcasts, Twitch performances and content subscription service OnlyFans.

For most celebrities, money is one important motivator.

“This is just another way for a celebrity to leverage their own brand equity and to be crass to make money,” Rosen says. “They all have their own reasons, but behind the individual narratives the one common denominator is money which as far as I can tell celebrities like as much as anyone else.”

But there’s at least one celebrity who is more spiritually motivated by cannabis.

In late December, guitar legend Carlos Santana spoke with Benzinga about his creating high-quality cannabis and CBD brands via a partnership with Left Coast Ventures. In October, Mirayo by Santana — a line of cannabis products influenced by musician’s Latin heritage and dedication to spiritual well-being — was launched.

Weed, Booze, Sex And Other Consumer Trends Likely To Continue In 2021

Santana grew up familiar with the plant’s healing properties, thanks to his mother. Throughout his career, he talked about the benefits of cannabis. From alleviating pain and stiffness to awaking consciousness and creativity.

It is certain, Santana’s approach to cannabis is spiritual.

“Cannabis is a window or a door to different awareness of consciousness,” Santana says. He created Mirayo, which means “my ray” to help people find the light inside them.

“I don’t need another paycheck, so how are we going to do good in the community here,” she said. The Veronica Mars actress is reportedly engaged in all steps of creating the new brand.

She also chose to collaborate with A New Way of Life Entry Project, an organization that provides housing and pro bono legal services for women restoring their lives after prison.

The three initial products are cruelty-free and vegan, with affordable price tags. The company is donating one percent of profits from all products sold on the brand’s website to A New Way of Life Entry Project.

“As a working mom, I turned to CBD skin care as a way to turn down the volume of my life and CBD products have since become an essential part of my self-care routine,” Bell says.

In 2020, many celebrities looked after Santana or those who joined the space even before him — such as Seth Rogen and Evan Goldberg, and Snoop Dogg, and Karan Wadhera.

In July, Killer Mike and El-P — the rappers known collectively as Run the Jewels — partnered with a lifestyle and cannabis brand Cookies, and its sister brand Lemonnade, to launch its first cannabis strain Ooh La la.

In June, Wu-Tang Clan member Method Man launched a cannabis business with a goal to encourage more black ownership join the industry. The company was named Tical (like his 1994 solo debut album) which stands for “Taking Into Consideration All Lives” and it succeeded to raise $300,000 for its initial launch.

Timed to coincide with the premiere of her latest stand up special, “Chelsea Handler: Evolution,” Sweet Flower joined forced with the comedian to introduce the Evolution Kit, a curated set featuring Handler’s favorite cannabis products.

At least two Academy Award Winners have attached their names to cannabis brands.

Nicole Kidman, who won Best Actress for The Hours, became the first-ever brand ambassador of The Sera Labs Inc., a health, wellness and beauty company known for its CBD products. Sera Labs was acquired by CURE Pharmaceuticals Holdings for $20 million. Kidman “easily” agreed to endorse the company’s topical products.

“With my injury last year, I experienced the benefit of CBD wellness products firsthand,” she shared.

Paltrow said that cannabis is a “hero ingredient of the future.”

“I was drawn to Endexx Corporation because they’re an innovative company that has proven they have the keys to deliver consistently, top of the line, high-quality products,” Khaled said.

Some celebrities joined the industry earlier, but made some major business moves this year.

Back in February 2018, the “Domestic Goddess” Martha Stewart took an advisory role at Canopy Growth Corp to help with developing a new line of CBD products across various categories. This year, Stewart launched several CBD products, including a holiday-inspired CBD gummies line.

An American actor, comedian, and musician, known for starting in According to Jim, and Saturday Night Live, Jim Belushi joined the cannabis industry back in 2015 as a legal cannabis farmer with a 48-plant crop.

Belushi told Benzinga that his mission in the industry is “to break even — because the purpose, the power of this plant, serves the greater good.”

In 2020, Belushi’s Farm partnered with Curaleaf Holdings Inc. to create a vape pen for the Oregon cannabis market.

Former NBA star and four-time champion, John Salley is no stranger to the cannabis industry. He has taken up several cannabis ventures in the previous years. Salley, who is also a member of the Benzinga Cannabis Advisory Council this year announced his plans to create a health insurance package for cannabis enterprises, their workers, and cannabis users.

“We’ve literally got to a point where we can insure cannabis smokers and cannabis companies,” Salley said.

Furthermore, this October, Salley became the vice president of business development at CBD-concentrated wellness company, The Anthos Group. At The Anthos Group, Salley will help launch a new brand focused on the needs of athletes.

Does a name make a difference?

One question that comes up with this subject is: How important is a famous face behind a brand and does it make a difference?

“They are celebrities for sure, but then there are the rare few that have created a devoted community,” Holistic Industries’ CEO Josh Genderson says. “Jerry Garcia is at the top of the list when you think of cannabis culture and raising consciousness about cannabis in the U.S.”

Garcia, leader of the psychedelic rock band The Grateful Dead, is the latest on a list of late celebrities whose likeness has been used on legal cannabis products — others include Bob Marley and Jimi Hendrix.

Genderson told us that the company was reached out by a few celebrities through the years with the idea to partner on a new collection, but the company decided to collaborate with Garcia’s family, introducing the new line in 2020.

“Jerry’s fan base is diverse in generation, geography and almost every other demographic,” Genderson says. “What we all share is a sense of belonging to the unique community Jerry helped build. We wanted to give fans something new to celebrate in Garcia Hand Picked, while also creating something that would appeal to people who aren’t fans yet but know enough to try the products and engage with the brand. From eco-friendly packaging to Jerry’s original artwork, quotes from Jerry and suggested playlists for each strain, Garcia Hand Picked products and merchandise were designed specifically for the fans.”

Does celebrity involvement mean that smaller brands are in danger of being overshadowed if they don’t have celebrity backers?

Rosen doesn’t think so. He believes authenticity is the key.

“Consumers are super savvy and they have to love the product first and foremost not the spokesperson. I think this is a time and place event and over time I don’t believe that a good brand needs a celebrity to validate it unless the authenticity of the celebrity is beyond dispute,” Rosen says.

“Do I want to smoke a $50 monogram joint because it has Jay-Z’s fingerprints on it? No doubt many will but the premium price likely is not borne out so much by the superior quality of the product as it is by the cool factor associated with an icon like Jay Z,” he adds. “And to answer my own question, I definitely want to try one of those $50 joints by Jay Z, but I doubt I would make a habit out of it. As much as I am a massive Jay Z fan, that shit is just too expensive.”

Indeed, famous names help spread the word on weed. So while the cannabis space appears big enough for both celebrity-backed and non-celebrity-backed brands, celebrity influence on breaking the stigma around the plan shouldn’t be underestimated.

As for whether the trend will continue in 2021, Rosen expects it will.

“To quote the philosopher Eric Hoffer when people are free to do as they please they usually imitate each other,” he says. “So absolutely yes more will follow out of a sense of FOMO and opportunity.”

Nina Zdinjak is a writer for Benzinga. This article was republished with permission in The Fresh Toast. The Alaska Cannabist has partnered with The Fresh Toast, a lifestyle and entertainment platform featuring coverage of cannabis, culture, comedy, food, drink, edibles and more.