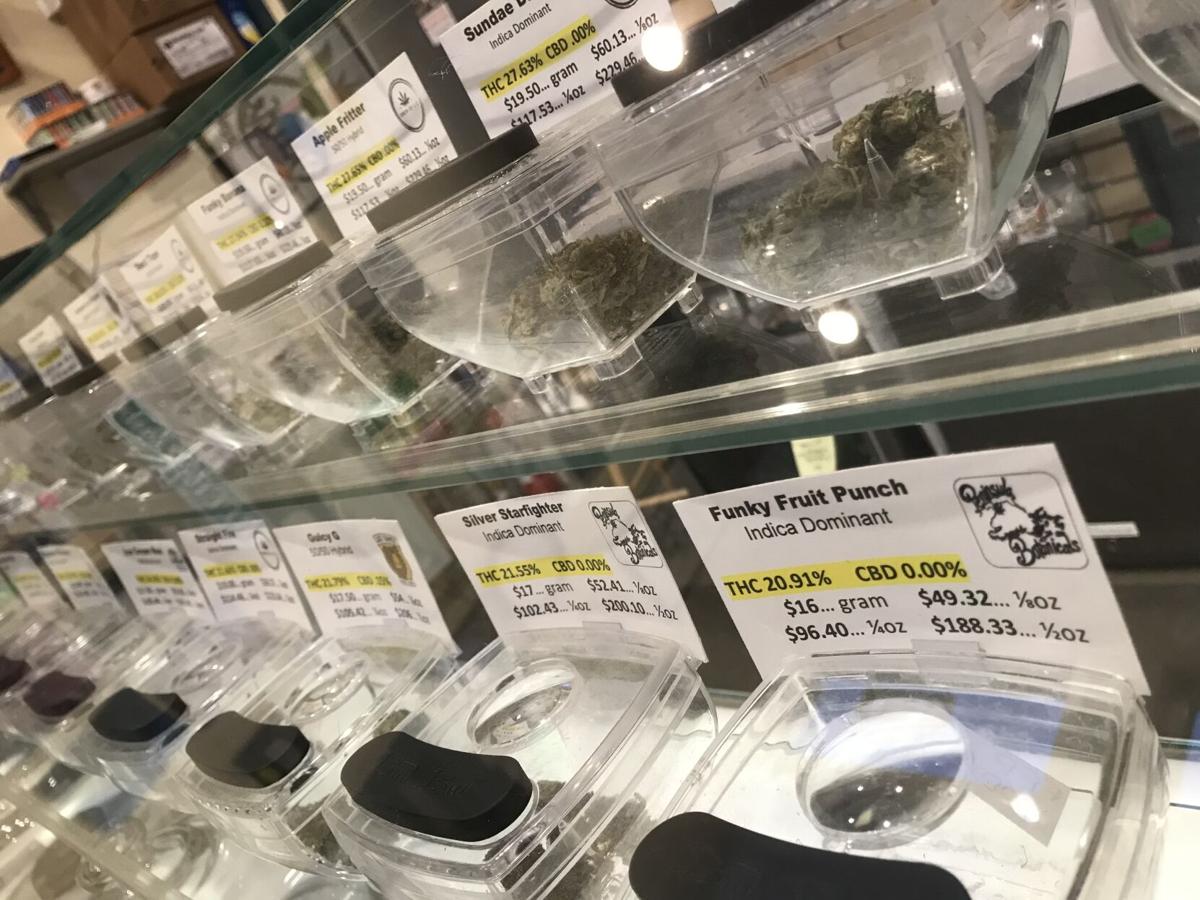 High Bush Buds sells its flower deli-style and is known for carrying a wide variety of strains. 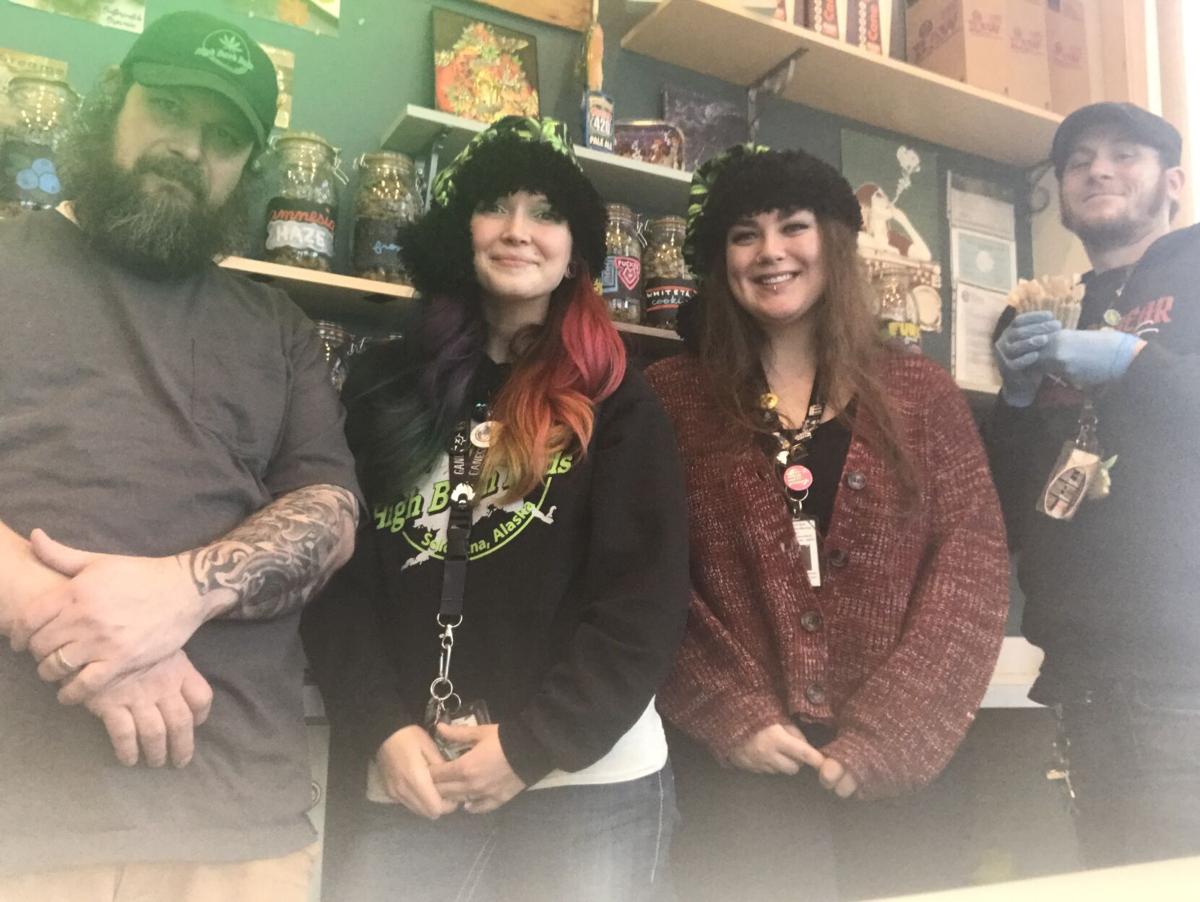 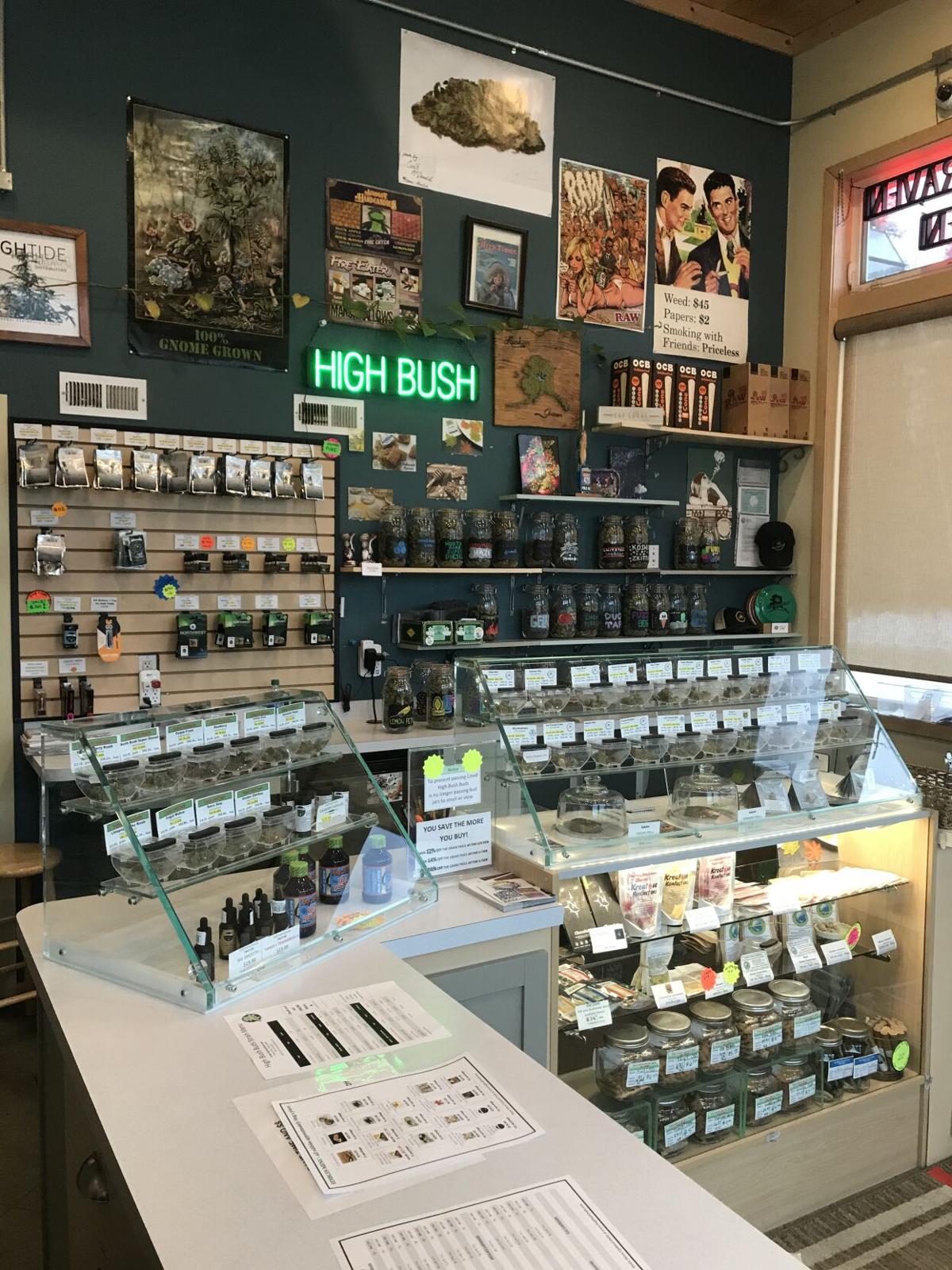 High Bush Buds carries a wide variety of flower and other cannabis products sourced from throughout Alaska. Courtesy of Wes Browning 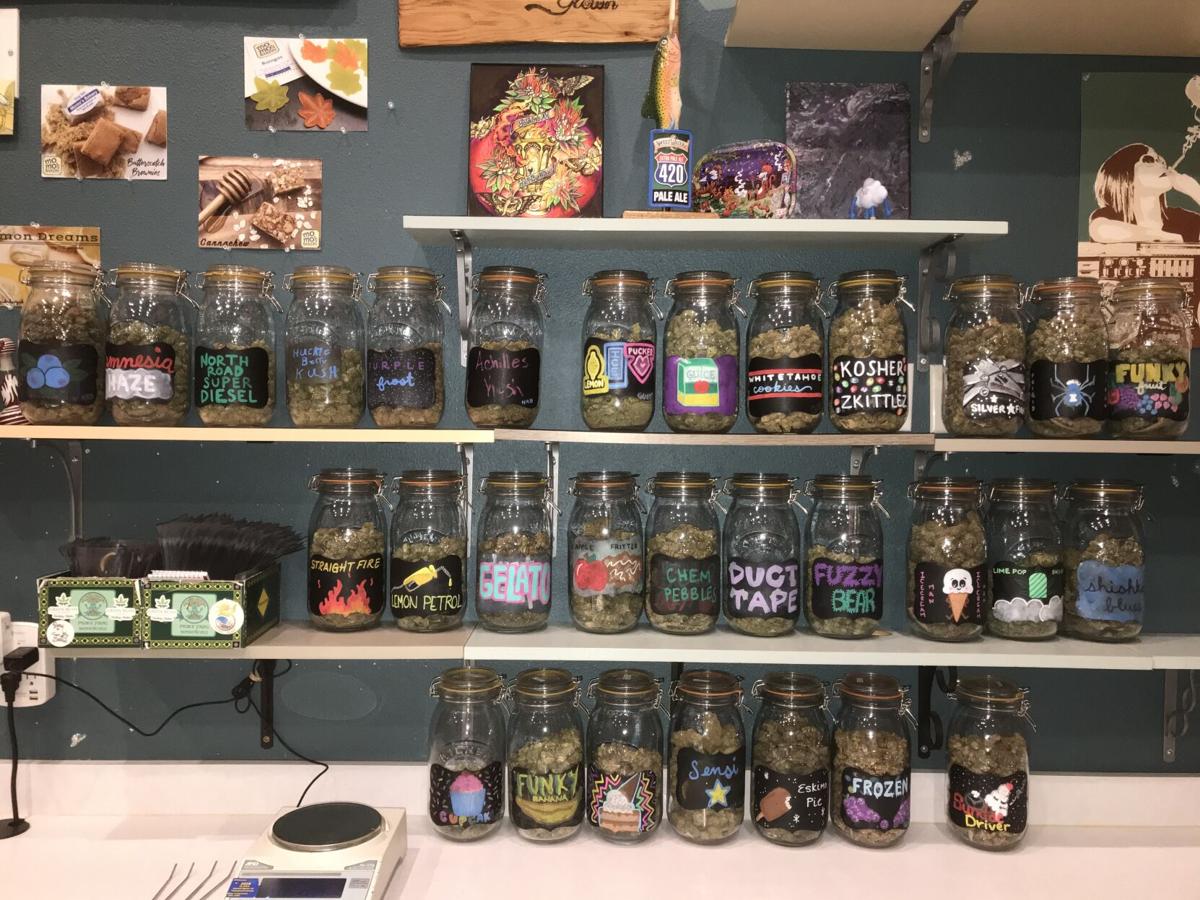 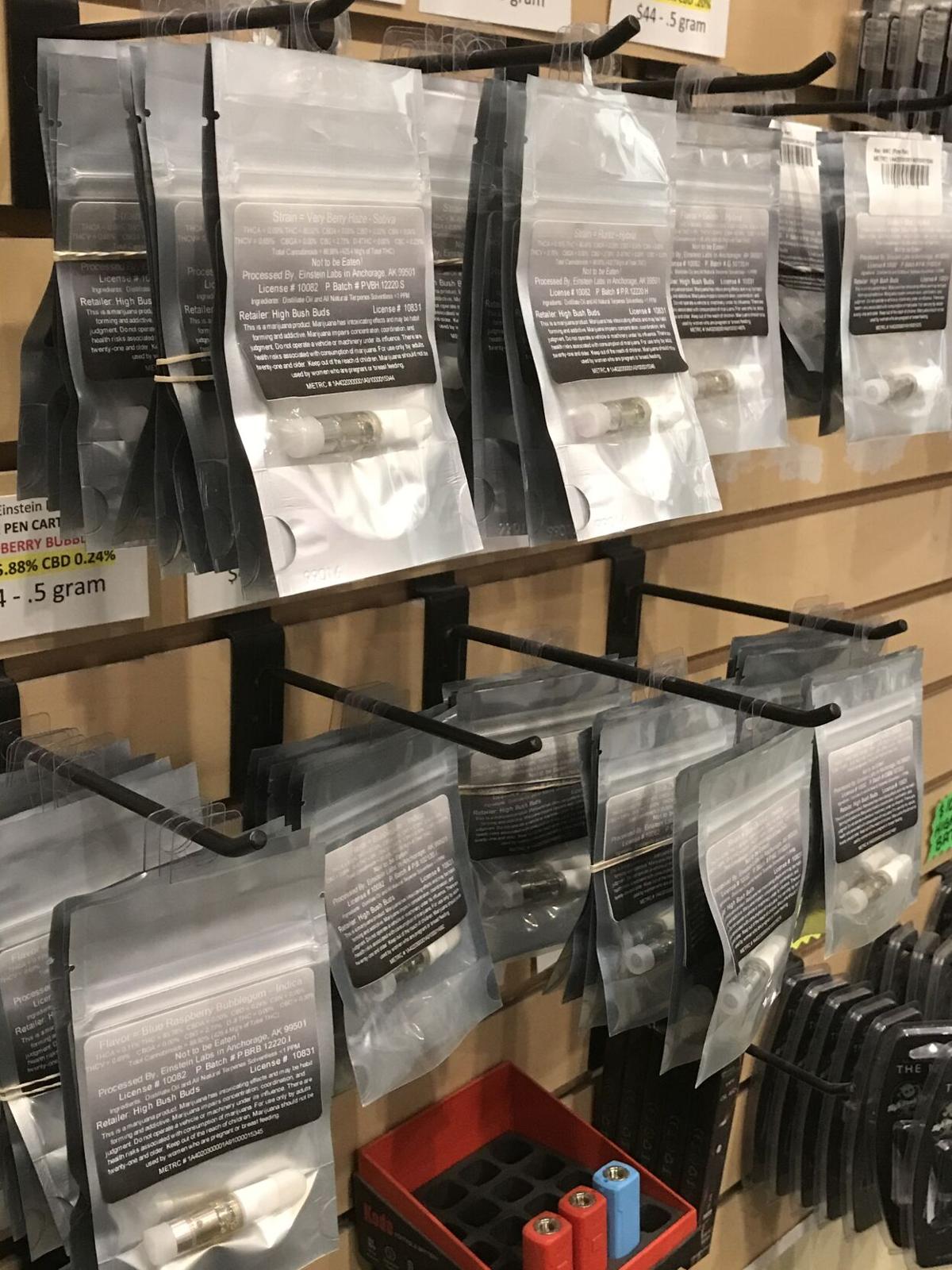 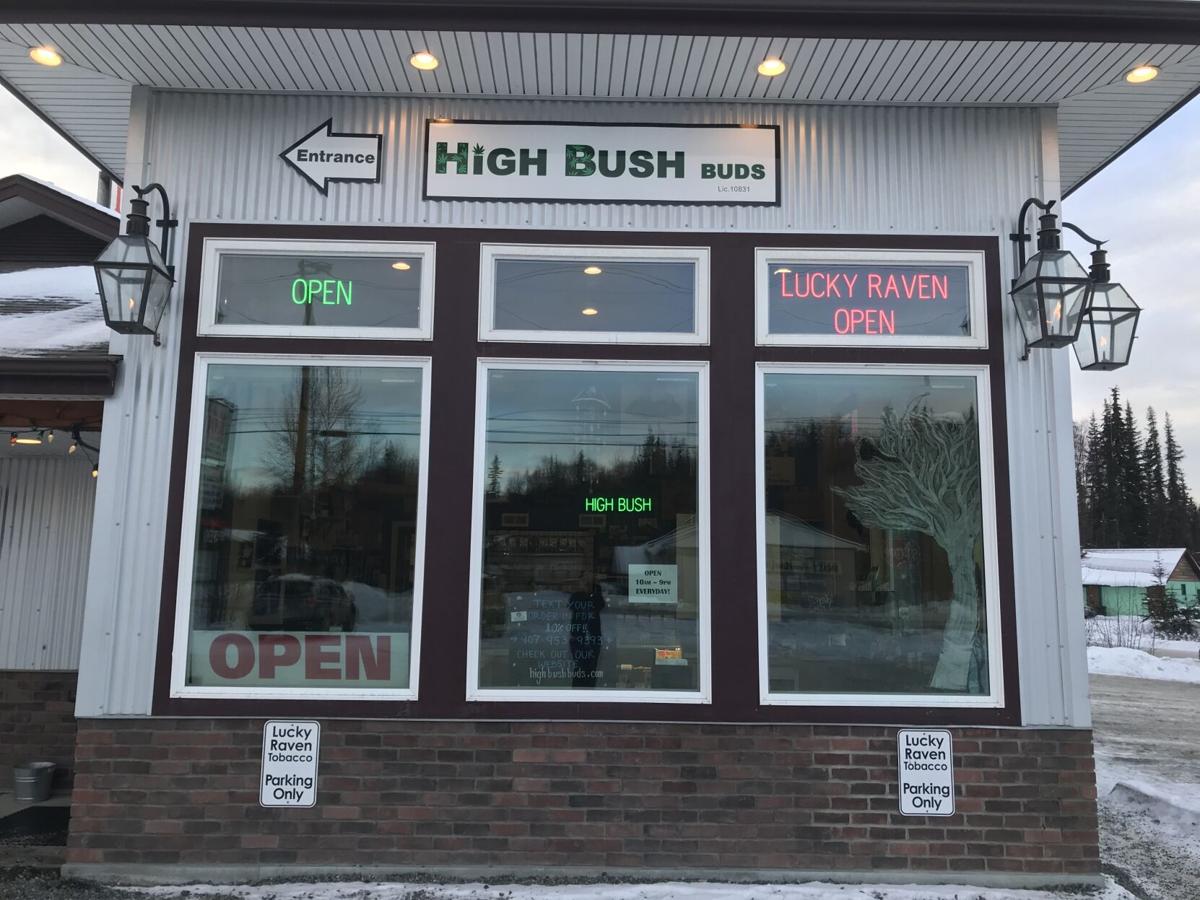 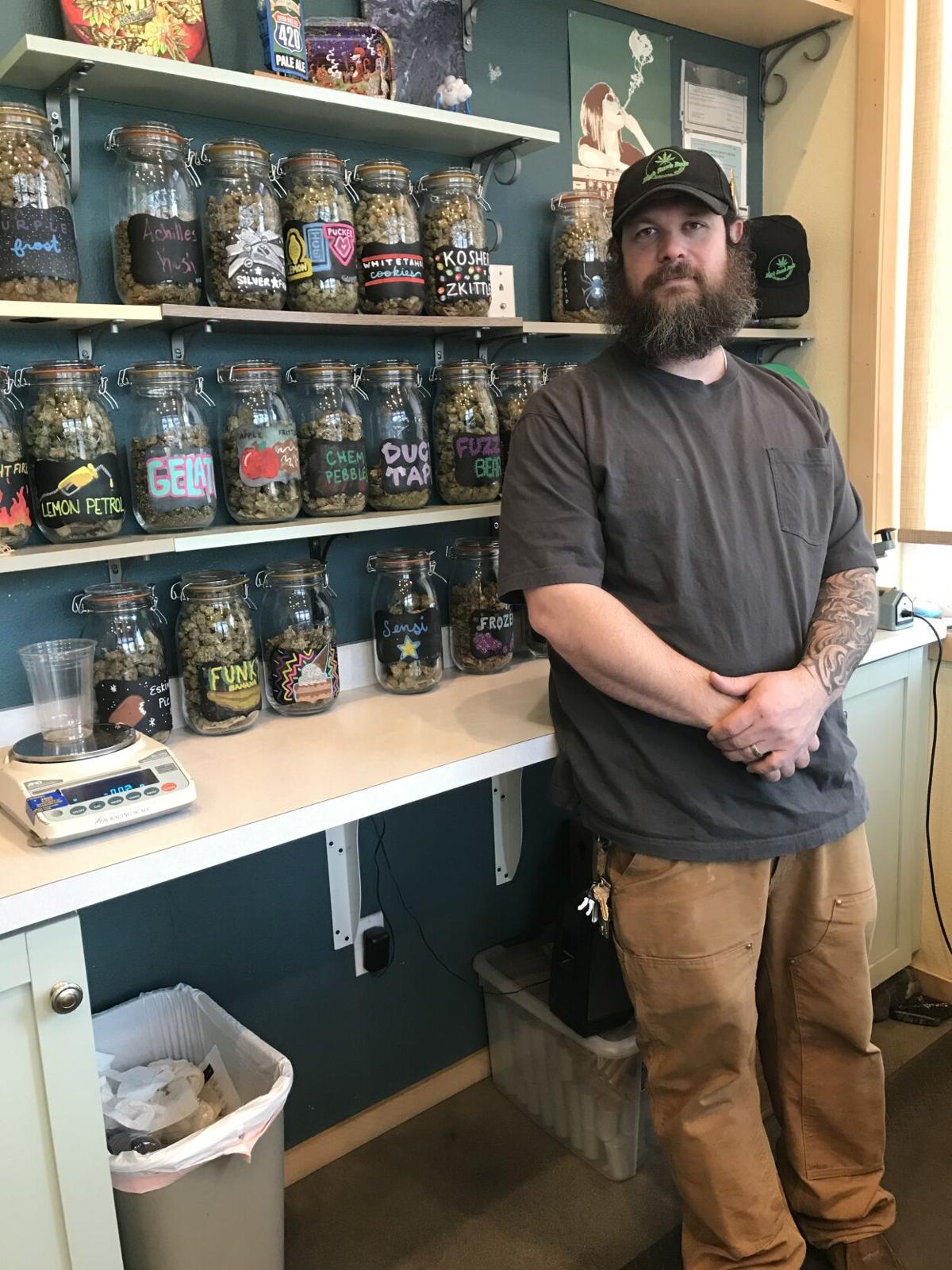 Wes Browning, manager of High Bush Buds since it opened, will become the owner as soon as the paperwork is approved in early 2021.

High Bush Buds sells its flower deli-style and is known for carrying a wide variety of strains.

High Bush Buds carries a wide variety of flower and other cannabis products sourced from throughout Alaska. Courtesy of Wes Browning

Wes Browning, manager of High Bush Buds since it opened, will become the owner as soon as the paperwork is approved in early 2021.

For many Alaskans, Wes Browning’s story will sound familiar.

Originally from Mobile, Alabama, Browning decided to visit Alaska on vacation 16 years ago, fell in love with the state and “decided to go for it.” At the time, Browning was a heavy equipment operator and his girlfriend, now his wife, is a veterinarian. But after marijuana was legalized in the state, Browning changed careers.

For the past four years, Browning has been the store manager at High Bush Buds in Soldotna. In a few weeks, depending on the Alcohol and Marijuana Control Office’s hearing schedule, he will be the owner. Browning and current owner Patricia Patterson have worked closely together since before the shop was opened.

Patterson said she was selling because “it’s very difficult to run a business without banking services.” Coupled with constantly changing regulations and taxes, the job can get frustrating, she said. Patterson also owns a tobacco shop in Soldotna.

“I spend a lot of time doing bookkeeping and accounting and it’s not my favorite thing to do,” she said while making a grilled cheese sandwich for her grandson. “I’d like to simplify my life a bit and just removing that frees up hours and hours a week.”

Browning said he couldn’t see himself not throwing his hat in to buy the store when Patterson decided to sell.

“Since day one, all of the plans, protocols and procedures, to packaging to purchasing our Mylars, everything, I’ve been there,” he said.

The way Browning describes the business, it’s a Goldilocks meets “Cheers” combination. The store itself is small, about 400 square feet, but that’s by design, he said.

“Both of us wanted to be the hometown pot shop where you walk in and people greet you by your name,” he said. “We wanted it to have a coffee shop feel, so you’d come in ‘what can we get you,’ get everybody squared away and send them out with some goodies.”

“We’ve been doing good,” he said. “People have shown us the love, so it makes it easy for us to do our sales and to give back as much as we can because we just have a lot of love.”

on the Kenai Peninsula

Browning and his six budtenders generally know their customers’ names and likes, and the customers know theirs, too.

“It’s just that hometown feel,” he said. “Me, being Southern, the hospitality part was always super important for me, because that’s part of the experience.”

And because the shop is small, but not too small, Browning doesn’t have to holler across the room for anything. There are lots of times when a customer will come in and order a strain, and another customer will overhear them and say “oh my goodness, this is one of my favorites,” he said.

“So it’s not big and it’s not too small for us,” Browning said. “It seems just right because I wanted my customers to give feedback to one another.”

Browning said he was first introduced to cannabis as a young adult and found that it helped his ADHD better than traditional medicines. He grew cannabis for years and “was very big in the unregulated market.” Once Patterson asked for his input on what kinds of strains to stock, they decided that instead of pushing their own products, they would stock the best the state of Alaska had to offer.

“I want just the super duper primo,” he said. “And so instead of focusing in on growing a portion of my product, I’m focusing on what there is out there and what my customers are really asking for. And it’s been really good to reach out and have people fire back with ‘Absolutely. We’d love to be in your store. We’ve heard good things about you.’”

High Bush Buds sells its flower deli-style. At one time, they had 82 different strains on the shelf, which Browning said is a state record. They still stock many different strains, but make sure they keep some favorites on hand.

Green Go, owned by Troy “Fuzzy” Millhouse is one of Browning’s favorite growers and Gas Monkey is a favorite strain with his customers.

It makes it easier to sell something if he already knows his customers want it, Browning said.

“I really enjoy that side of it just for so many factors,” he said. “The main thing being the flavor. It’s a totally different feel from bud, but I enjoy the oils. I just couldn’t say enough good things from them. Flower is wonderful, too. But these days, I catch myself going more to the oil snobbery side because one or two puffs and I’ve got a damn good flavor; I get where I’m going and it gives me the whole profile of everything.”

As far as becoming the owner, Browning said that since he’s been involved with cannabis regulations since he started managing the store, the paperwork is less confusing because he doesn’t have to switch between standard business bookkeeping rules and cannabis rules. The retail side is easy, he said, because he can just walk around and see what products he needs to order.

“The bookkeeping side is more important because there’s so many different facts and avenues that we can take a wrong turn down and mess our books up. For taxes, it’s an absolute nightmare,” he said.

Since cannabis is a cash-only business, Browning said they have to pay close attention to receipts, because if they lose one, there’s no good way to track everything back. “We’re looking for little pieces of paper or big pieces of paper instead of invoices or bank statements,” he said.

And the taxes, rules and regulations seem to be constantly changing. In the normal business world, taxes are lower and it’s easier to figure out where the profitability line is. In the cannabis world, business owners don’t know when AMCO will change a regulation or if the feds will change what is allowed for tax writeoffs, for instance.

“Compliance,” he said, “is a full-time job just in itself. Just staying in compliance and current and up-to-date and out of trouble.”

Although 2020 was challenging because of COVID-19 restrictions, Browning said being on the road system is a benefit and High Bush Buds has offered shopping options such as texting, which his customers embraced.

“My heart bleeds for the ones that are off the road system,” he said. “I just hope everybody’s going to be OK. I know it was a hard year for us with everything going on, but we just changed what our dynamics are going to be. We offer a lot of texting options and just seeing what we can do. I always try to thing, ‘never get stagnant, never get still.’ Because if I keep on moving, ain’t none of that bad going to catch me. I’m going to scoot right around it.”

Despite the frustrations, Browning is looking forward to owning High Bush Buds and is ready to take whatever 2021 throws.

“I’m not ready to quit yet,” he said. “I’ve still got a good fight in me for the cannabis industry, so I’m going to take it and run with it and whatever I can do to help make it better for all of us and more copacetic,” he said. “My energy is focused on making sure that I’ve got my customers taken care of and anything else I can do for the industry.”