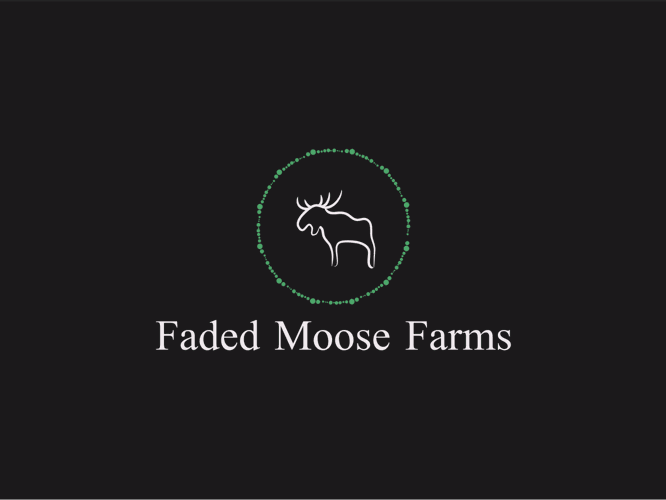 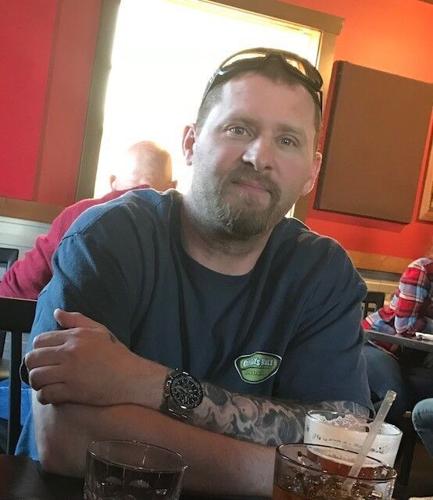 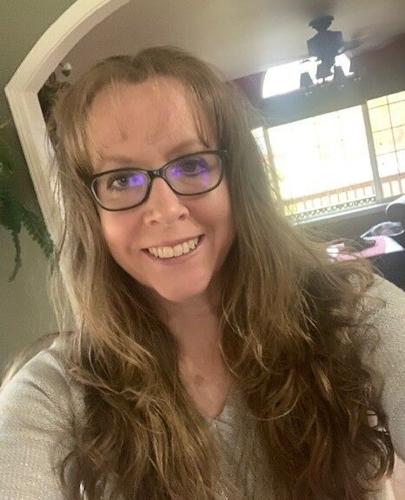 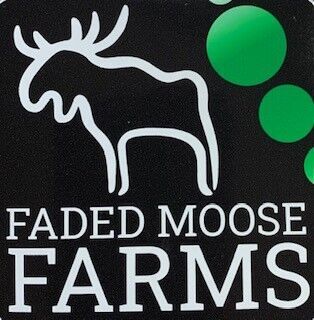 This Faded Moose Farms sticker is a variation on their logo.

This Faded Moose Farms sticker is a variation on their logo.

When Mike King and his wife Rachel started looking for a name for Faded Moose Farms, the cultivation operation they were preparing to launch in the Matanuska-Susitna Valley, they found ample inspiration strolling by right in front of them on the forested property they had purchased for building their dream.

“When we went out to look at the land, there were moose everywhere,” King recalled, adding that, while he was removing trees and brush with his son after buying the parcel, “the moose kept coming around. And it seemed like the longer we were there and the more we cleared, the more moose would show up.”

King said that parade of moose inspired the business’s name, which was coined while preparatory work was still taking place at the site. “My wife came out one day and we were sitting there having lunch and we saw the moose coming in,” King recalled. As this was happening, he continued, “We started going over the name. We knew we wanted to use moose in the name, and we wanted to make everybody faded, and we just put two and two together and went with it.”

This resultant combination, Faded Moose Farms, reflects how cannabis and moose are growing alongside each other on land in the deep woods near Wasilla. It’s an image further conveyed by the logo the couple created for their company. A white outline drawing of a bull moose is completely encircled by a thin streak of green aurora, with both set against a completely black backdrop. The minimalist design suggests a moose fading into the warmth of the green ring amidst a comforting darkness, with few distractions to inhibit it.

King said Rachel was primarily responsible for the logo, explaining that they sought to capture a sense of the place where their cannabis is grown. “We wanted to incorporate the moose, because they’re everywhere out there, the northern lights, and the whole Alaska theme,” he said.

Faded Moose Farms opened in 2020, and the Kings work closely with Country Cannabis in Palmer among other retailers and manufacturers. “We do a lot of things with extract companies,” King said, listing Urban Extracts and Creative Confections among several they’ve partnered with. “Most of the local guys,” he explained. “We try to hit them first.”

Simply by looking to their own immediate surroundings, Faded Moose Farms found an identity that matches Mike and Rachel King’s vision for the business, a homegrown in Alaska cultivation. “It was pretty simple how we came across everything,” King concluded. “And we do get compliments on it. People seem to like it.”

David James is a freelance writer in Fairbanks. Comments about this story? Contact editor@AlaskaPulse.com.