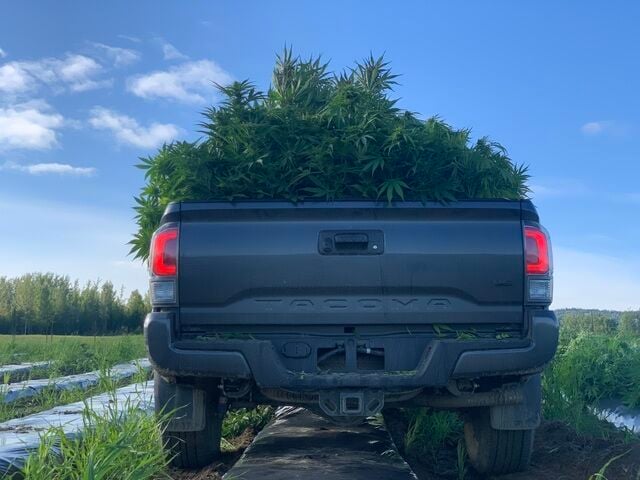 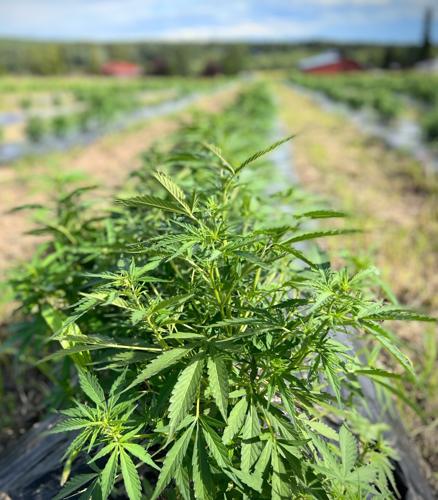 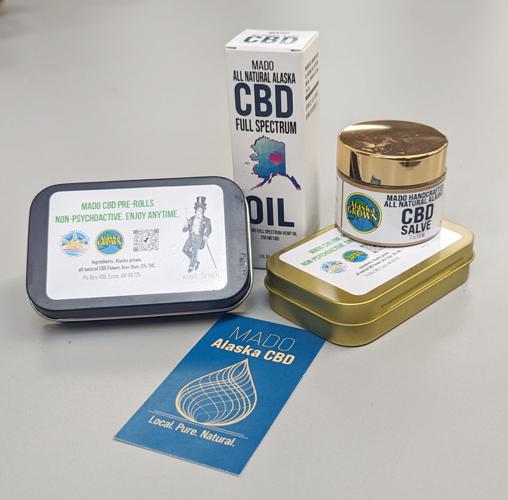 Editors note: Though once widely used in the U.S. and worldwide, hemp, a non-psychoactive and immensely versatile plant, has long been demonized because of its association with a close family member well known for its intoxicating effects: marijuana. Hemp and marijuana are actually the same species, the only difference being that one gets you high and one doesn’t. Any cannabis plant that produces less than 0.3 percent THC is classified as hemp, while plants that contain more than that are classified as marijuana — or, increasingly, cannabis — and are heavily regulated. Even as states began legalizing recreational or medicinal cannabis, both it and its non-intoxicating cousin, hemp, remained illegal on a federal level. That changed with the passing of the 2018 Farm Bill, which legalized hemp production in the U.S. and opened the door for legalization on a state-by-state basis. Established in 2019, the Alaska Industrial Hemp Pilot Program manages the state’s fledgling hemp industry and provides certification for hemp growers and product manufacturers. The program may pave the way for cannabis' cousin to become a second agricultural growth industry in Alaska. This is the story of one couple's ongoing endeavor in this new field.

Artists and hemp farmers Zoe Quist and Daniel Ponickly have a dream to provide the cleanest, healthiest, Alaska grown hemp products on the planet, and if their past endeavors are any indication, success is theirs for the asking.

Zoe grew up on her parents hay farm west of Fairbanks and moved to the Lower 48 to attend college. She became a film and television actress before turning her sights to directing. She and Daniel, a ballroom dancer, writer, actor and dance arts educator from New York, were married in 2011 and lived in Los Angeles while pursuing successful careers in their fields. The couple now spends splits their time between Fairbanks and L.A. while running their farm-to-table hemp company, MADO CBD, as well as Art Attack AK, a curated art campus, performance and gallery space located in Ester.

Zoe recently explained how and why she and Daniel decided to take what seems to be radical left turn and create the continent’s northernmost hemp farm.

“I was born and raised in Fairbanks, traveled the world, and yet kept being called home,” Zoe said. “In December 2020, we applied and were accepted into the Alaska Industrial Hemp Pilot Program. We knew that we wanted and needed to grow a clean and healthy product. Even if it meant taking a haircut on the onset, setting it up properly would ensure that all Alaskans could safely consume what we had grown.”

Zoe and Daniel partnered with her parents, Julia and Paul Quist, brother Christopher Quist and family friend Forrest Long to transition a portion of the 150 acre farm into an organic hemp farm. Though the farm still produces brome hay for local livestock owners, Zoe and Daniel plan to increase hemp production while honoring the farm’s roots.

“One of the reasons we came here was to transition the Quist Farm into the 21st century. As part of that, Zoe and her brother Christopher will take over stewardship of the farm. The hemp enterprise is in all ways a family affair,” Daniel said in a recent email to Alaska Cannabist.

The couple grew their first crop in 2021, shortly after obtaining the proper certification from the state. The learning curve was steep, but the harvest was a success, according to the couple.

“Last year was really about us getting all of our certifications, mastering the crop, figuring out how to get it processed and fulfilled,” Zoe said during a tour of the farm in late fall. Daniel laughed at the memory.

“It only took one year to 'master it,'" Daniel said archly. "Neither one of us are agronomists or farmers, but we are creative and industrious, and business people, so we’re learning as we’re going, but I think we’re learning fairly quickly because we understand systems and we have this lovely farm to work on.”

One of only seven registered hemp growers in the state, Zoe and Daniel were the only growers to plant a crop this summer.

“We’re lucky, Zoe and I. This is Zoe’s family farm, and we knew we wanted to start an industry like this, we wanted to be involved in this industry, and we had all of this to work with — we had these fields, we have tractors, we have machinery,” Daniel said. “There’s a reason why a lot of the hemp grows in Alaska were not able to move into their second year, because they had to buy all that equipment to start, and the market wasn’t as big. They didn’t have the infrastructure.”

The couple start their plants from seeds, using a mix of 40% CBD-dominant and 60% CBG-dominant. Once hardy enough to make the transition to outdoors, the seedlings are transplanted with the help of specialized farm equipment.

“We don’t necessarily hand transplant. We have a raised bed mulch layer implement for the back of our tractor, which will create our raised mounds, drop a drip tape and then cover everything with a nice plastic sheet. That’s one machine,” Daniel explained. “Then we have a water wheel transplanter, that you put your plants up on the racks and there’s two seats on the back and the water wheel’s poking holes through the mulch layer and shooting water and fertilizer in as you’re dropping plantings. It’s a really great process.”

Zoe elaborated on the couple’s commitment to the proper growing, care and handling of their hemp plants and the products made from them.

“The most important thing, since we wanted to make the absolute best product, health wise, was actually learning about what was happening in Alaska and with cannabis at large, whether psychoactive or not psychoactive,” Zoe said, noting that non-psychoactive hemp plants — unlike their higher THC cannabis cousins — are relatively unregulated.

“You can have arsenic, you can have lead, you can have microbials, but our products have none of that — they are as clean as they can be. They meet and exceed FDA and USDA standards, and we got the seal from DNR, the industrial hemp folks, where we meet the standards of not having pesticides or anything that you don’t want to ingest."

Warming to the subject, Zoe's eyes glowed and her voice took on an almost reverent tone as she continued.

"Cannabis is such a powerful plant and it’s so effective — so effective — and it’s a carrier of all those things, so you want your carrier to be as clean as possible. That’s our commitment, every single step of the way: sourcing the organic seeds, using organic fertilizer, being very mindful in the harvesting process, caring for the plants, make sure that every step of the way they’re cared for."

Daniel elaborated on his wife’s comments.

“To Zoe’s point about cleanliness and purity, we are, as we both understand it, the only Alaska Grown certified cannabis in the state,” he said proudly.

The couple planted eight acres of hemp this past summer and harvested about 8,000 plants. They dry the plants indoors with the help of large, industrial-size fans, then pack the dried product into large bags roughly the size of the round hay bales that can be seen dotting the fields on Alaskan farms every fall. To alleviate the possibility of cross contamination by exposure to recreational or medicinal cannabis, as can be the case when using smaller, in-state processing facilities, the dried product — about 500 pounds from this fall's harvest — is shipped to a hemp-dedicated processing facility in the Lower 48. The result is a purer product with a much higher yield, they said.

Zoe and Daniel plan to expand the business to include a concentrate manufacturing lab and hemp fiber plant, but for now they're content to confine themselves to farming.

"At some point we'll vertically integrate this whole process, but every step along the way requires another $50,000 to $100,000 worth of machinery, and the learning curve to do that," Daniel said, gesturing to the now-fallow fields and a new,  partially constructed building going up next to the drying shed. "So the first step of the way we did that and we got to this point, bur right now we’re just trying to get this started and then we can move into the next stages."

Contact Alaska Cannabist editor and writer Dorothy Resch Chomicz at 907-459-7532 or at dchomicz@AlaskaCannabist.com.