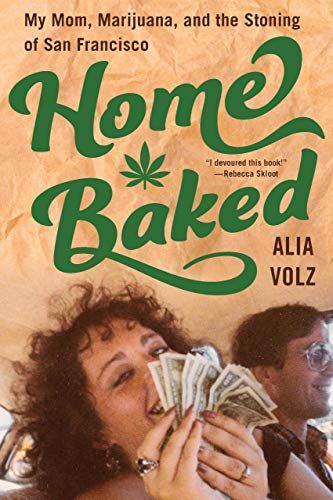 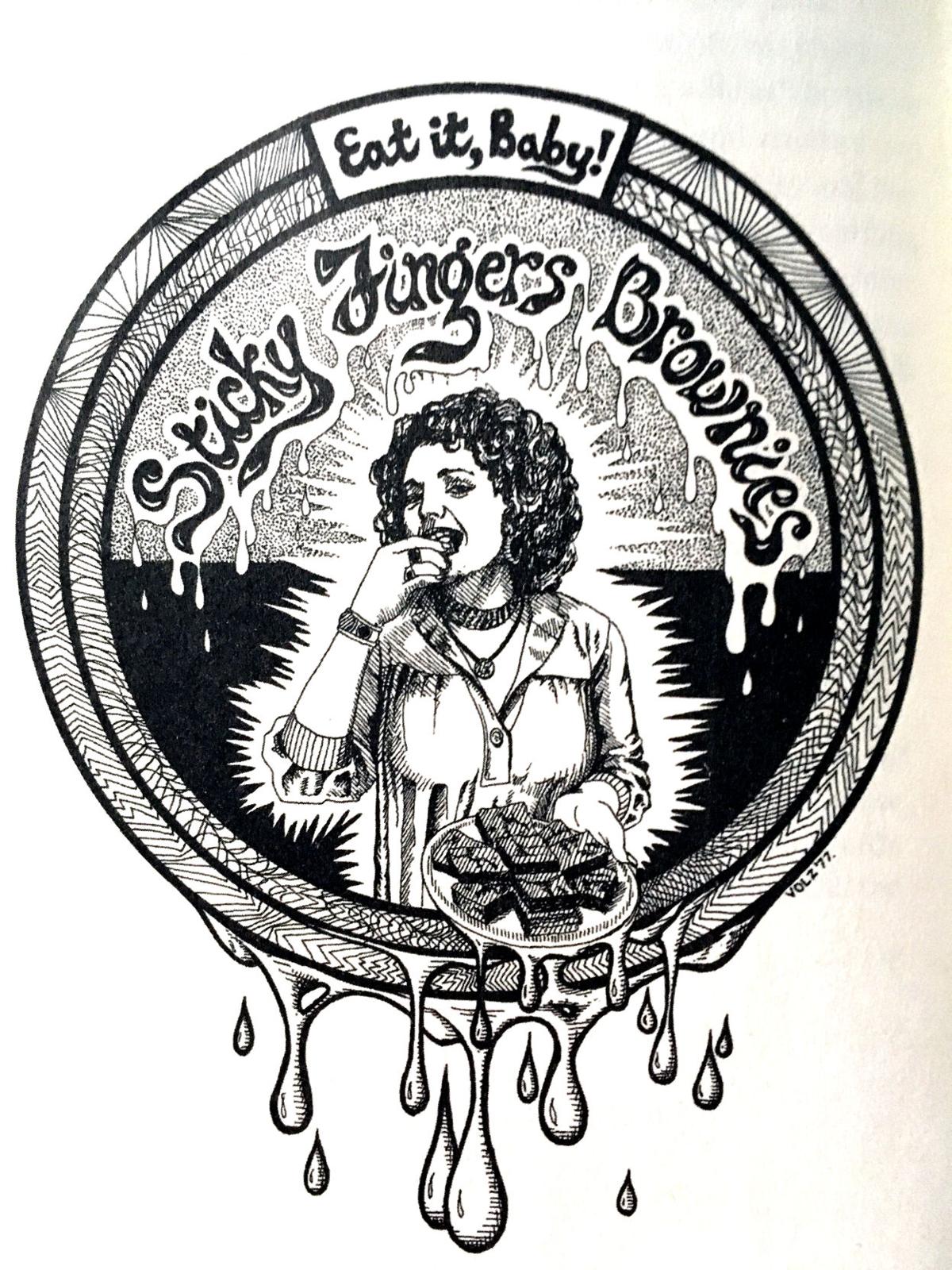 It started with a pot bust. Meridy Domnitz was a college student caught in possession of a substantial amount of marijuana in the decidedly cannabis-unfriendly state of Wisconsin in 1969. She was looking at decades in prison. But her father, a bartender, knew a lawyer, who got the case dismissed on procedural grounds. Meridy, as her daughter Alia Volz tells it, viewed this as a good omen. Her future lay in weed.

Meridy, or Mer as Volz refers to her, went on to operate Sticky Fingers Brownies, the first large-scale marijuana edibles operation, which grew enormously successful in the San Francisco counterculture of the late 1970s, and remained in business into the ‘90s.

During Sticky Fingers’ peak years, Mer plied the streets and storefronts of Haight-Ashbury, North Beach, the Castro, and other neighborhoods, making deliveries to a clientele that included business owners, political insiders, artists, freaks, and more.

The brownies, which came in small paper bags emblazoned with a unique new drawing each week, were the biggest open secret in a city where secrets were – almost by design – open.

She became a beloved figure, and in “Home Baked,” Volz, who was born and raised in the business, tells how it all happened.

Volz is, to put it mildly, a wonderful writer. Gifted with deep humor and an even deeper humanity, her book brings life to the people and the place that made Sticky Fingers possible. Above it all stands her mother, a restless and poorly organized woman who was helpless in the kitchen, but who had the natural ability to find and keep customers.

It’s also the story of her parents’ marriage, which was fully integrated into the business, and their messy split as her father struggled with epilepsy, mental illness, and repressed bisexuality.

And it’s a beautiful history of San Francisco in the tumultuous 1970s and 80s, when the City (capitalized, as those familiar with it well know) exploded as a vibrant hub for the first large and openly gay district in America, then sank into darkness as religious cults, political assassinations, and the AIDS epidemic decimated a community that had only just discovered itself.

There’s a lot going on here, and Volz weaves the separate threads together masterfully.

Mer arrived in San Francisco in 1975 when it was still a beacon for hippies looking to recreate a little Summer of Love magic. A year later an acquaintance of hers who sold home baked goods on the street and kept “baked” goods in a bag for select customers, offered to hand her the reins.

After consulting the I Ching while tripping on LSD and getting a positive reading, Mer took the offer up. The spirits apparently advised her well (she still consults the ancient Chinese divination text). In short order she had hired a baker and other staff members and was expanding the business and rolling in money.

Volz lovingly recreates the bygone San Francisco of the ‘70s, when housing could be rented cheap, people flooded in from all over America and beyond to reinvent themselves, and marijuana legalization seemed imminent. Mer would cheerfully run her deliveries, customers would often buy in bulk for resale at the cafes and shops they ran, and the future seemed like an open doorway to ever expanding freedom.

It was in this period that Mer met Doug Volz, became pregnant, and married him. Their union was turbulent from the outset, and only became more so as time progressed, but in the late ‘70s their problems took a backseat to a business that went from a one-wagon outlet to a citywide sensation in under three years.

Mer carted baby Alia along on deliveries aimed at the ultimate goal of stoning all of San Francisco. The freewheeling 24/7 party atmosphere of San Francisco in this era is lovingly recreated by Volz, who is too young to remember it, but has listened closely to those who experienced those heady days, and who fueled their fun with Mer’s constant brownie supply.

Anyone who’s spent time in San Francisco knows, however, that dark clouds can roll in rapidly. Volz devotes significant time to the disasters that began befalling the city as the ‘70s approached their end.

The mass suicide of members of the People’s Temple, which was based out of San Francisco and closely tied to the local Democratic political establishment, was quickly followed by the assassination of mayor George Moscone and Harvey Milk, the city’s first openly gay elected official. This turned the highly bigoted police force, which Moscone had kept at bay, loose on a suddenly highly activist gay community.

In 1979, Mer, Doug, and their employees, alarmed by rising violence and ill omens from I Ching readings, shut down the business and moved north to the rural community of Willits. While their marriage crumbled, Mer resumed business with Sticky Fingers, though on a smaller scale.

And suddenly there was a new need for her product. As is now well known, marijuana is therapeutic for AIDS patients, easing symptoms, countering the side effects of drugs used for treatment, and stimulating appetite. Having never seen herself as a drug dealer, Mer now realized she was delivering medicine.

She wasn’t the first to discover the medicinal value of cannabis, but her efforts helped popularize the idea. And this would ultimately lead to today’s legalization movement.

“The AIDS crisis is painful to conjure,” Volz writes, “painful to relive. Easier to let the past fade, to toke up and forget. But we would not have legal weed today without yesterday’s losses.” Those losses were immense, and Volz compassionately memorializes a community devastated by death, a city that scrambled to help its own, and her mother’s role in easing some of the suffering.

Meridy Domnitz Volz finally gave up the marijuana business for good in the mid-1990s, turning to professional art. She’s been quite successful and, her daughter says, mostly downplays her remarkable earlier life.

But she was at the center of a revolution, almost singlehandedly created the market for edibles, and lived outside the law for decades. And best of all, apart from that first dismissed marijuana charge in Wisconsin, Meridy was never busted again.

David James is a freelance writer who lives in Fairbanks. Comments about this story? Email jstricker@AlaskaCannabist.com

Home Baked:  My Mom, Marijuana, and the Stoning  of San Francisco