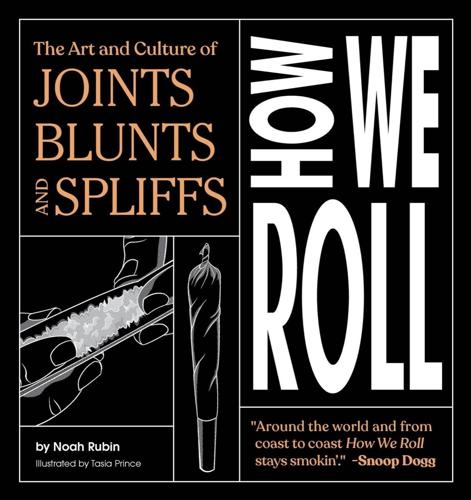 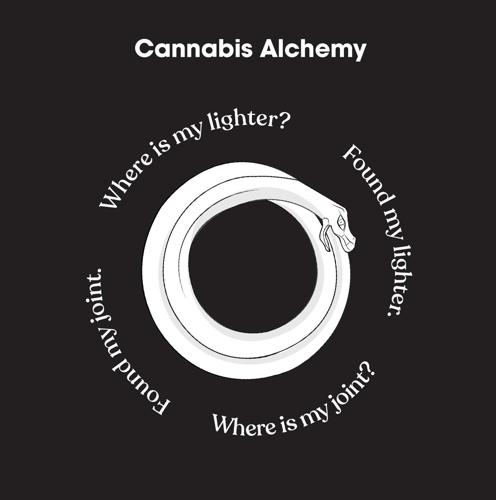 How We Roll: The Art and Culture of Joints, Blunts, and Spliffs

Hopefully the first few joints you rolled weren’t for group consumption. Crafting the perfect one is a fine art requiring time and dedication, one that the late and beloved Anthony Bourdain famously called “an essential life skill for any self-respecting member of society.” And while the basics are fairly easy to master, a few handy tips from a professional can go a long way towards improving the quality of your doobie, even if you’ve been at it for a while.

This is where Noah Rubin swoops in to the rescue of those who are too shy to ask how it’s done, while providing ample entertainment and useful tips for everyone else. "How We Roll: The Art and Culture of Joints, Blunts, and Spliffs," is a lively and humorous illustrated guide that will launch the novice smoker and provide plenty of laughs for the seasoned professional.

Rubin comes at this topic from an informed location. He was the editor of Snoop Dogg’s "From Crook to Cook" and is the former editor-in-chief of Snoop’s media platform. He’s provided other important services to the cannabis cause as well, including production work on a couple of Wu-Tang Clan albums. So it’s safe to say he knows a thing or two about joints.

As Rubin makes clear in a roundabout stoner sort of way, there’s nothing better than a good joint for delivering the goods. Why? Because it’s clean. Sure, pipes and bongs are easier to load and deploy, but after their first use, they need cleaning, and ultimately, the resinous remains of previously puffed pot will alter the flavor, and thus the appreciation, of unique strains. With a joint, the only byproduct is what it’s wrapped with, and as this book emphasizes, paper is just one of the options for packing weed into a smokable tube.

Rubin opens with a list of the necessary tools like grinders and graters, strainers and scissors, and then discusses the importance of quality rolling papers and includes a sizing guide. This leads him on one of his numerous overseas forays, in this case to Spain, where we learn that the first rolling papers were manufactured shortly after the trans-Atlantic tobacco trade took hold. It’s a brief but fascinating dive into history, and one of several that Rubin, a relentless globetrotter and seeker of the ideal joint, offers his readers. Elsewhere he makes stops in England, Italy, and Egypt, where he remains long enough to provide readers with abbreviated lexicons of popular local insider slang.

Then it’s down to business with instructions on how to roll the classic joint. This is important, since the variations found in the ensuing pages all spring from the humble reefer that can be easily concealed if necessity dictates. With a certain stoner logic, the joints that Rubin provides rolling instructions for tend to get larger and more powerful as the book progresses. The cone, swami, and extendo offer increased capacity, and if that’s not enough for you and you’re not yet emotionally prepared for a tolerance break, there’s the addition of waxes and concentrates to enhance potency. And for the artistically inclined, Rubin shows readers how to construct creative joints like the double barrel, the triple braid, and ultimately a showpiece called the tulip joint, which borders on origami.

Speaking of flowers for your flower, Rubin lists rose petals as an alternative to rolling papers and shows how to use them. They are not just attractive and potentially romantic, they also add flavor. So do mint leaves, which have long been mixed with tobacco for a soothing smoke.

Tobacco itself is, of course, historically intertwined with cannabis, and the basics for creating a decent blunt are provided. It doesn’t stop there, however. Rubin travels to Trinidad to gather background on one manner of combining the two, called the the roll on. Believed to have originated during the paper and tobacco rationing days of World War Two, it was then that Trinidadians began breaking off the bottom third of cigarettes and rolling joints onto the stub end. When smoked, cannabis passes through tobacco on its pathway to the lungs, leaving resin in the tobacco itself, which extends the effects of the marijuana when the smoker reaches the tobacco part of the cigarette. It’s a pretty nifty trick, and growing in global popularity.

A brief history of weed in New York City takes readers back to the grittiness of the City in the eighties, where cigars were more acceptable than out West and hip-hop culture was taking form, helping spur the development of blunts. This was also the era of laced marijuana, however, and Rubin discusses how cocaine and angel dust were added to street weed to give it an extra kick, not uncommonly leaving consumers wrecked and in need of treatment.

It’s not just unsavory additives that can destroy the lives of previously good-natured pot heads, however. The war on drugs continues to keep thousands of fellow stoners behind bars for simple cannabis offenses, and Rubin, who is usually very lighthearted in this book, becomes deadly serious when he turns to this topic. He refuses to forget the imprisoned, advocating for their release and the expungement of their criminal records. He deserves praise for calling on readers to take action on behalf of those suffering incarceration for the heinous crime of wanting to relax and listen to music.

Music, of course, is core to cannabis culture, and Rubin looks to friends and associates in the industry for insight on this and more. Tommy Chong reminisces about the massive rolling paper that was included with the Cheech & Chong Big Bambu album, a reminder that 12” LPs used to arrive with really cool stuff tucked inside. He also recalls a party where the weed he had was so skunky that two other attendees, John Lennon and Rod Stewart, both turned down his offer to share a spliff. Singer Dawn Richard provides fond memories of getting blazed with Grace Jones and Puff among others while working in the studio, but also speaks to the benefits of cannabis. She grew up with fibroid tumors and suffered debilitating pain during her cycle, she explains. It was Puff who suggested to Richard that she try treating herself with cannabis, and Richard was quickly able to dispense with prescription drugs as a result.

"How We Roll" makes good on the cultural side promised in the subtitle, as well on the fundamentals of skillful joint creation. The text meanders at times, and some of the tangents Rubin goes on — such as astrology for stoners — are entertaining filler if hardly applicable to the topic at hand. If he stayed too focused, however, one would question his bona fides. With it’s sometimes wandering prose, consistent humor, and plethora of fun drawings and graphs, this is a book to peruse while puffing. It’s not a bad way to roll.