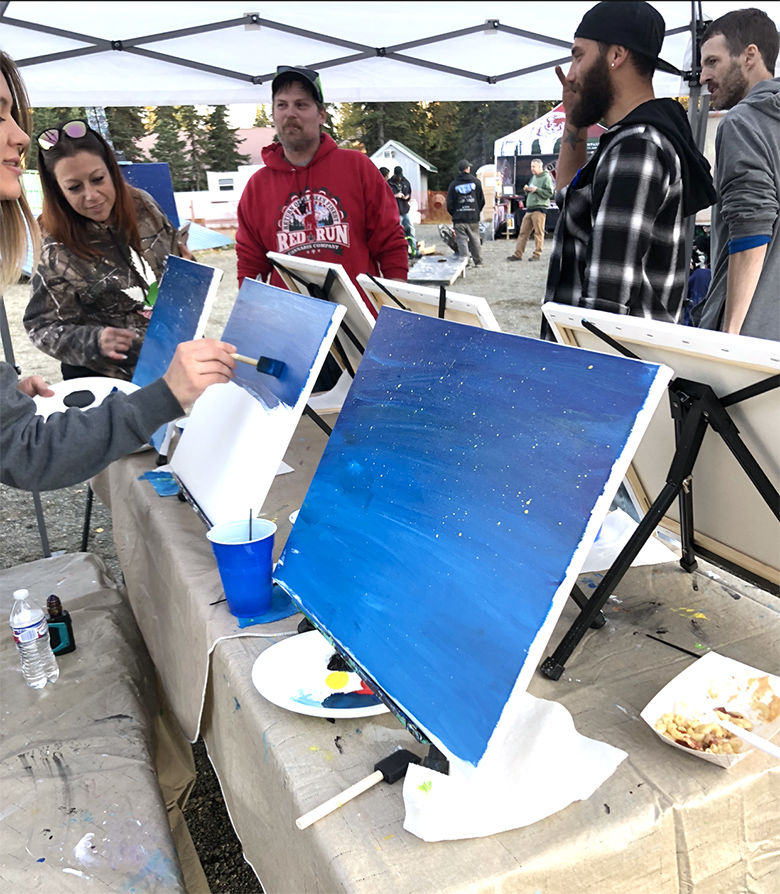 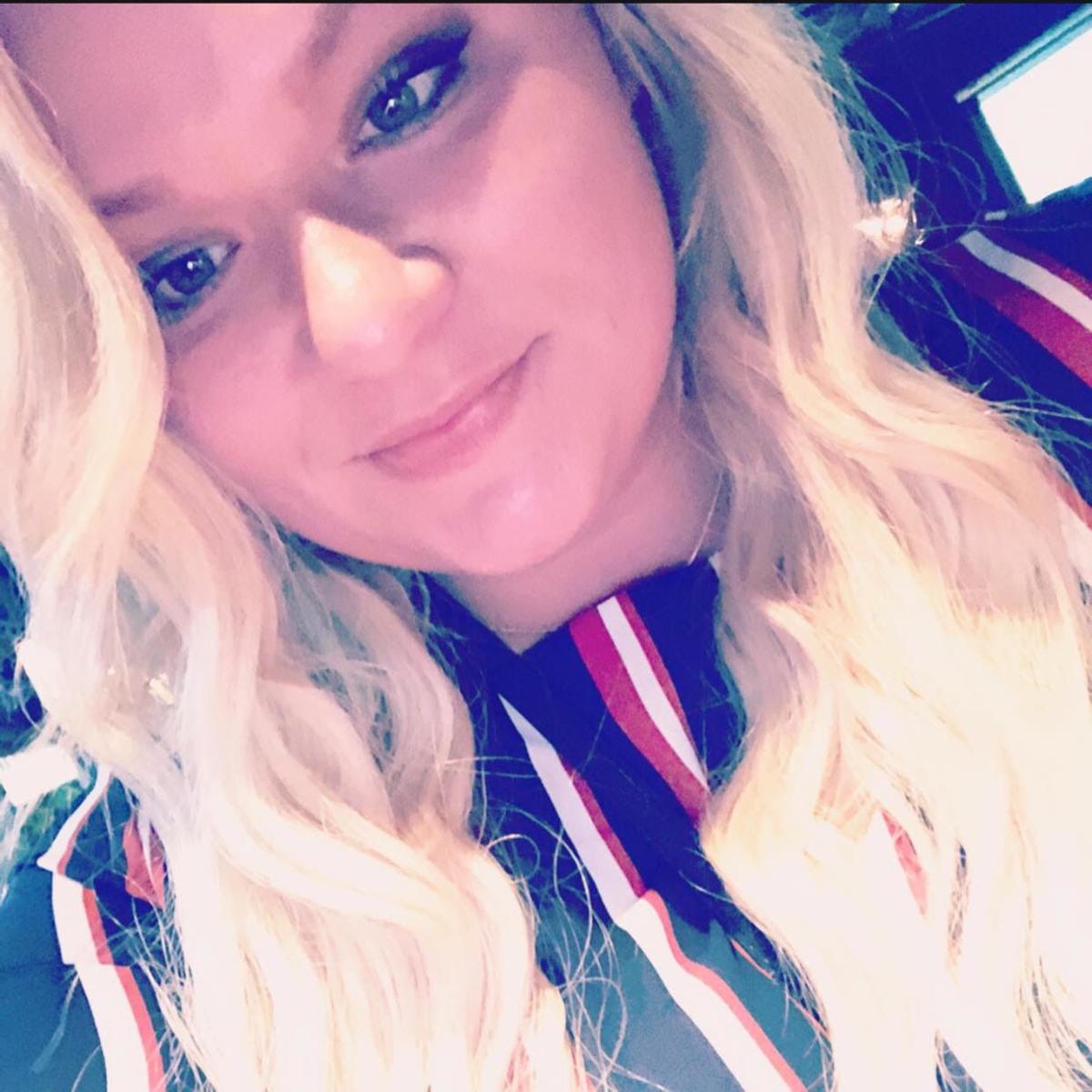 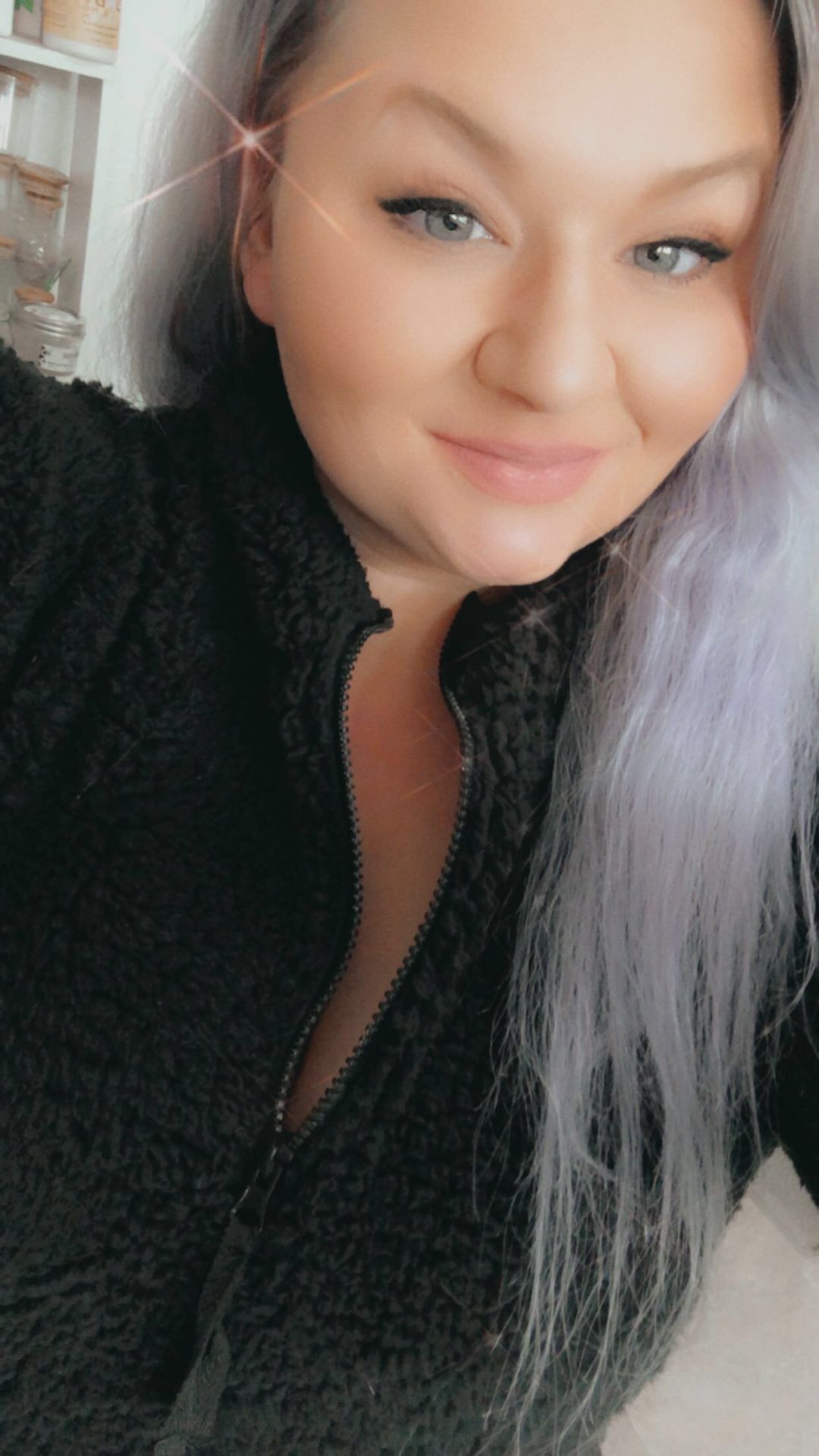 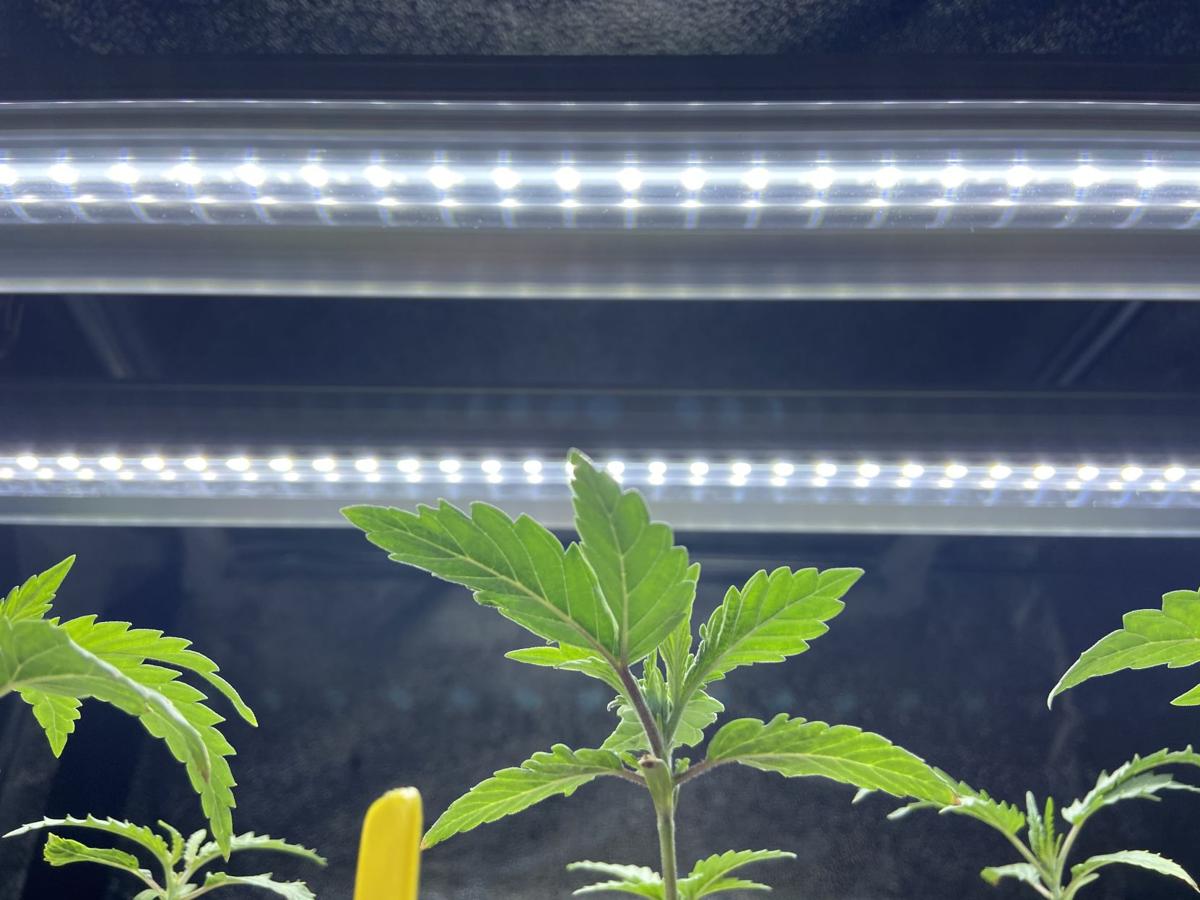 Hemp plants are growing in Keefin’ It Real’s facility on the Kenai Peninsula. Courtesy of Chelsea Foster 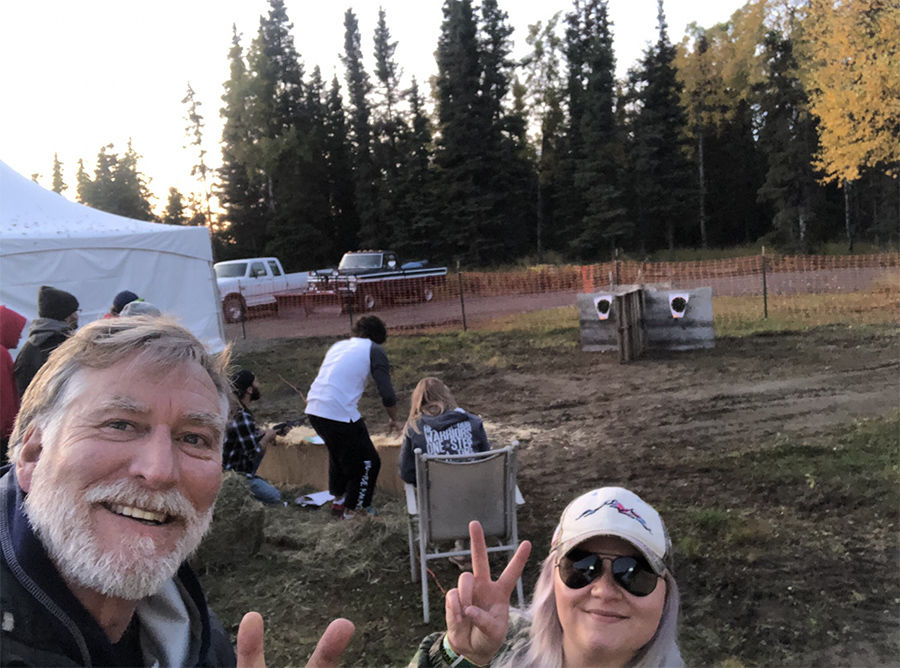 Hemp plants are growing in Keefin’ It Real’s facility on the Kenai Peninsula. Courtesy of Chelsea Foster

Cannabis has been part of Chelsea Foster’s family as long as she can remember.

When the family was living in northern California, Foster’s grandmother was a tour bus driver for Willie Nelson and Pink Floyd back in the day. “Cannabis was always around,” Foster said. Later, her grandmother was diagnosed with cancer four times and used cannabis to fight it.

Foster’s father, a veteran, used cannabis medicinally to counter knee pain so he could continue to work and support his family. Her uncles and grandfather, all veterans, found cannabis useful in dealing with PTSD, ear and brain problems, “all the damage that gets done when you go to war,” she said.

“My dad didn’t waste every day on pain pills when he could have a joint at night and be just fine for the next day,” Foster said. “That’s kind of how I got into it. It’s always been used medicinally by people in my family. When kids in high school were using it to get high, that was foreign to me.”

Foster has a background in banking regulations and has been active in the cannabis industry. She is chair of the public relations and government committee of the Alaska Marijuana Industry Association and sits on the boards of cannabis-related organizations in Anchorage, the Mat-Su Valley and Kasilof.

Foster and her partner Robert operate Keefin’ It Real, a cannabis consulting firm. The name stems from an inside joke, Foster said. Robert also designed the logo.

They are also aiming to start a hemp-based business and their first crop should be ready for testing by mid-May, she said. Foster spent much of her youth in Kasilof, on the Kenai Peninsula, where cannabis was readily available well before legalization.

“When we were growing up, it was normal,” she said. “Everybody knew about cannabis. It’s kind of funny — it’s always been around and it’s never been an issue until it was legalized.”

However, because of the regulations surrounding the industry and the fact that growers are paying the brunt of taxes, Keefin’ It Real has found a market from people looking for a guide to getting into the industry. While everyone’s case is different, Foster said the most important piece of advice she gives prospective cannabis entrepreneurs is “you should have deep pockets, an open mind and patience, lots of patience.” Keefin’ It Real has adapted and changed many times over the years in response to what was happening in the cannabis industry as well as her personal life, Foster said. Getting into cannabis is “just something that we’ve pondered for a very long time. We wanted to step out of our professional arenas and move into the cannabis arena.”

Before they got far down that road, however, they had a baby. “We decided to stay at home,” Foster said. “We understood the magnitude and sacrifice that the business would cost us and thought it was best to let the kid grow up a little bit and then dive back in.”

This winter, they’ve started a crop of a hemp variety that is high in a compound called CBDv.

“It’s nationally legal,” Foster said of growing hemp instead of cannabis. “I hope one day hemp is a big industry in Alaska — we have a lot of land for it.”

There are still some hurdles to pass. Right now, all hemp testing is done in the Lower 48 and there’s not a defined market for it. But Foster is interested in creating products such as teas, face and beauty products, noting that part of the business is still in the planning stages. Mostly, she’s interested in the effects of CBDv and a related cannabinoid called THCv. THCv, or tetrahydrocannabivarin, is a psychoactive cannabinoid in sativas that has been found to help people suffering from anxiety. CBDv, or cannabidivarian, is nonpsychoactive, but with many of the same effects on anxiety and PTSD. These cannabinoids have a great deal of potential for veterans suffering from PTSD or related problems, she said.

Her family history, especially those family members who served in the military, are an inspiration for Foster, who channels much of her energy and knowledge of cannabinoids into charity work for veterans.

She helped organize the Veterans Fall Collective last year in Kasilof, with assistance from other cannabis businesses such as Trich Productions, Red Run, Midnight Greenery, Herban Extracts and the Alaska Marijuana Industry Association. The collective included vendors, a scavenger hunt and live music, and information for veterans about potential benefits of cannabis and CBD.

“A lot of veterans don’t reach out and a lot of them are lonely,” Foster said. “The collective events help bring everyone together and we try to make sure everyone leaves with a friend or collect a number from someone they could talk to. That’s very important to me. Every vet that comes to my event leaves with a friend to confide in.”

Since it was a private event, Foster said they were able to give away different CBD and flower products. She’s hoping to put on a similar event in Fairbanks later this summer.

Since she’s a member of several boards, Foster said she also spends a good bit of time networking, and her knowledge of regulations has been a benefit in understanding regional tensions in the cannabis industry.

“You can definitely see the cities are driven politically or fiscally,” she said.

For instance, say a tax bill is introduced in the Alaska Legislature, but isn’t brought to the table, she said. “I say unfortunately, others may say fortunately,” she said. “If Anchorage doesn’t have a sales tax and Wasilla has a sales tax, Anchorage may say ‘We don’t want that, it’s not something we’ve been accustomed to.’

“If one set of folks has grown up in Kasilof, Alaska, and you’re cut off from the world six months of the year, your perspective is going to be different,” she said.”With that being said, most industry folks understand that we’re playing in the same sandbox and they know we need to share.”