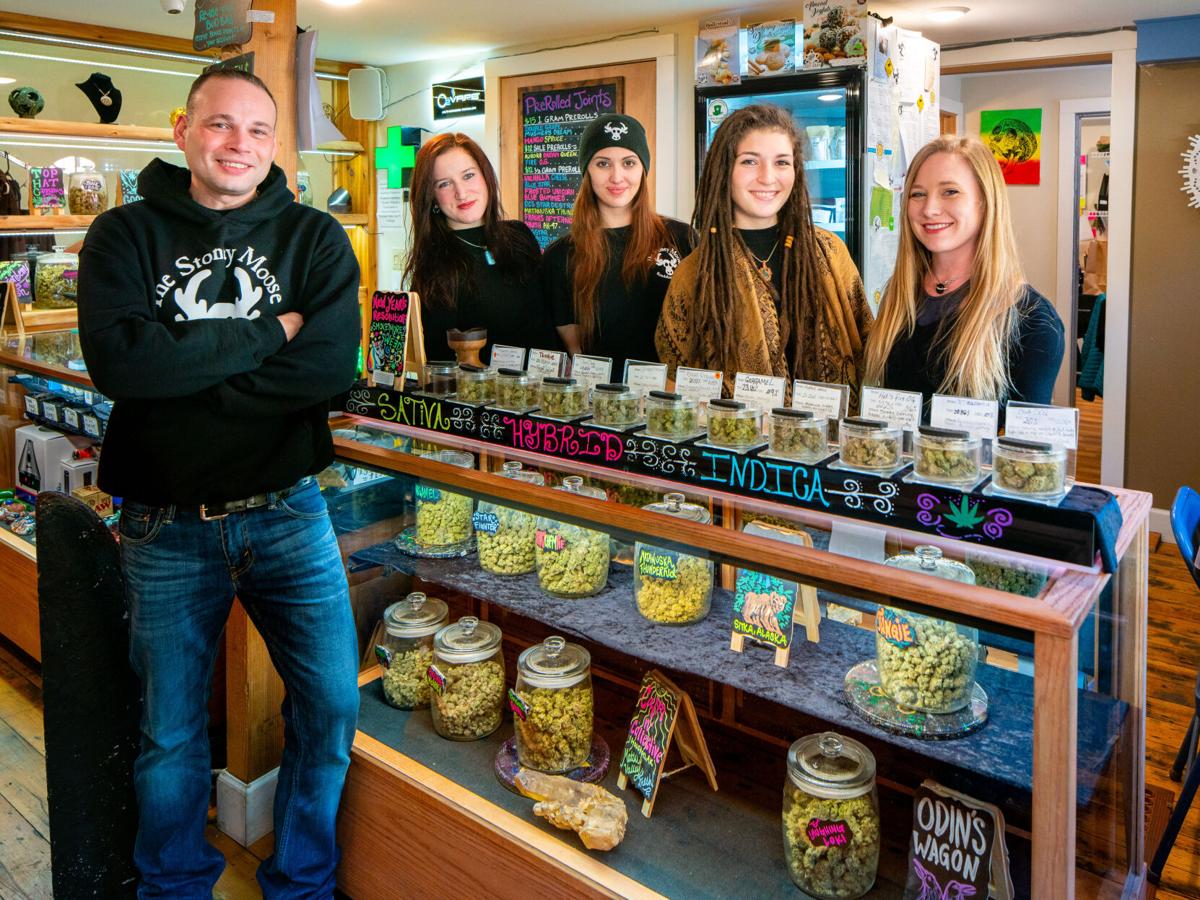 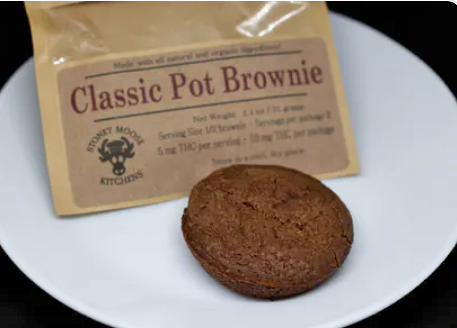 It is a uniquely American treat, first appearing in kitchens in either the 1890s or early 1900s, depending on which culinary origin story you adhere to. At its simplest, it is a dessert of only a few ingredients — sugar, eggs, butter, flour, chocolate — yet is one that’s ingrained in our memories and our palates. Rich, soft, gooey centers with crisp, crunchy edges, it is something that needs little improvement. Hardly anything can make it better ... except maybe a little THC.

And with that addition, the classic brownie became the classic edible, earning a rightful spot as a go-to option for a full-flavored, chocolatey sweet high. Steeped in lore, pop culture and fandom, it’s no surprise then that of all the edibles on the Alaska market, one brownie shall rule them all. That brownie is made in Ketchikan.

The Stoney Moose, Ketchikan’s first marijuana dispensary, is home to what voters have deemed as the best brownie in the state in the first Alaska Cannabist Readers’ Choice Awards. The brownie’s name reflects its fantastical simplicity: the Classic Pot Brownie. The brownie won first place in the Best Brownie category as well as being named the Best Overall Edible in the state. The Stoney Moose’s honors don’t stop there as the dispensary also won Best Chewy Edible for its Gummy Squares and Best Cookie in Alaska.

“The classic brownie is just that — a favorite,” said Eric Riemer, owner of The Stoney Moose. “It’s one of the perfect desserts in existence. You can’t go wrong with it.”

When The Stoney Moose opened in April 2017, there were no marijuana-infused brownies for sale in Alaska, Riemer said. That was the motivation for creating the Classic Pot Brownie, a treat about the size of a hockey puck that comes scored so it can be halved to create two servings.

“That’s what everyone got turned on to edibles with,” Riemer said of the marijuana brownie. “Everyone has got a brownie experience.”

Like all of The Stoney Moose’s edibles, the ingredients are organic and all natural, an approach the business wanted to take when it started creating edibles. When it comes to packaging the brownie, Stoney Moose uses a nitrogen flushing machine to remove oxygen from inside the wrapper and then fills the wrapper with nitrogen, which keeps the brownie fresher longer.

“I think that’s a really important thing to do,” Riemer said. “If it’s stale or hard, it’s not going to be good. What we set out to do is make edibles people would enjoy eating.”

The Stoney Moose empire includes a farm, kitchen and retail store located on Ketchikan’s historic waterfront, and all the store’s items are made locally. They’ve also taken an environmentally friendly approach, striving to be as sustainable and green as possible in their packaging with efforts like using hemp plastics and as many recycled items as possible.

“When I started the kitchen, that was important, to have a lower environmental impact,” Riemer said. “I didn’t want to walk down the street in my town and see Stoney Moose garbage.”

The awards are an honor, he said, especially since they took home top honors in four categories. Riemer credited all of the staff, from production chefs to budtenders and everyone in between, with helping create their success.

“I’m really honored and kind of blown away,” Riemer said. “That’s awesome that the people of Alaska like our products and responded to the things we thought were important.”