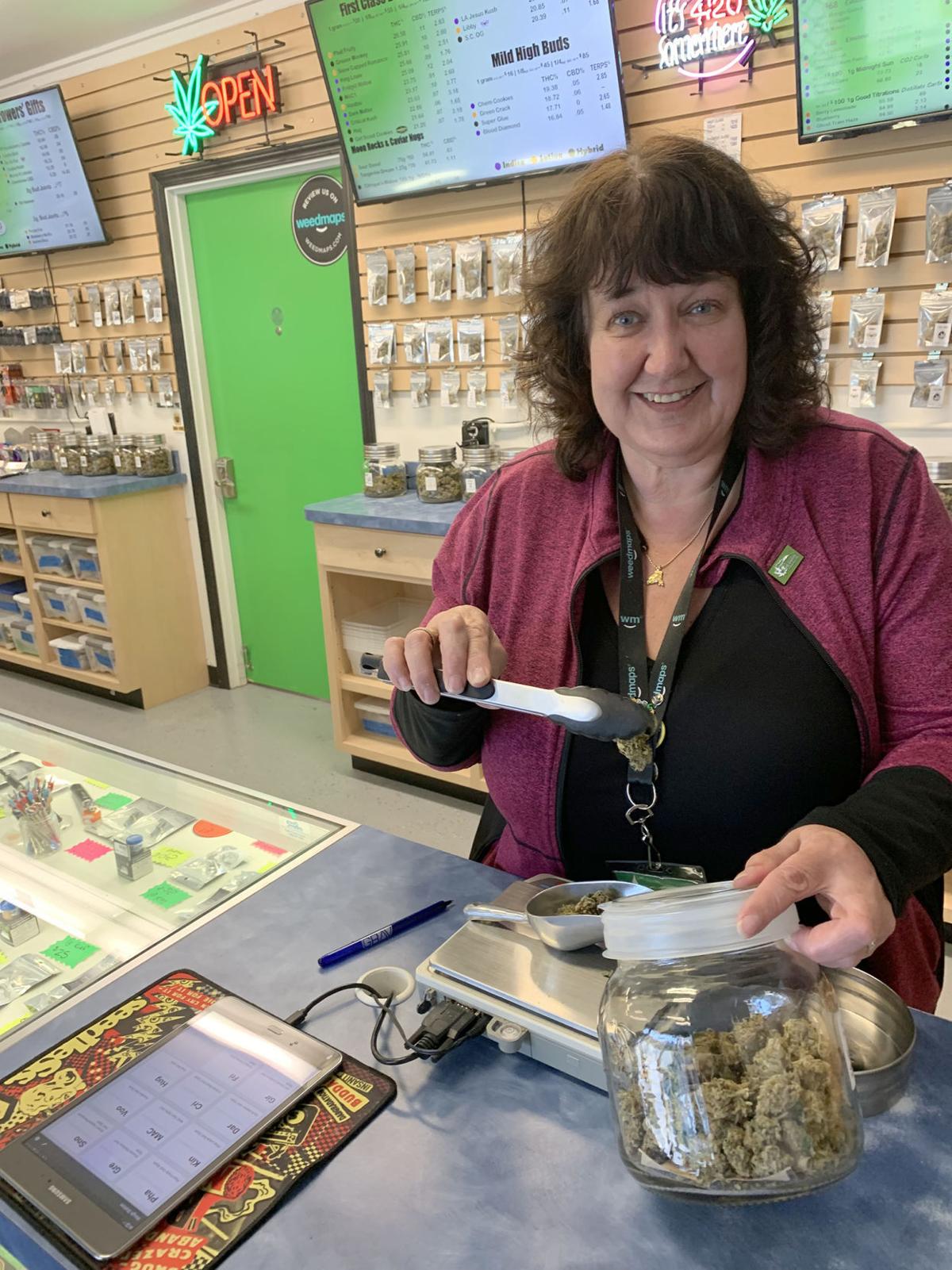 Michelle Weaver, owner of Weed Dudes in Sitka, says her business has always been based on locals, not tourists. Alaska cannabist file photo 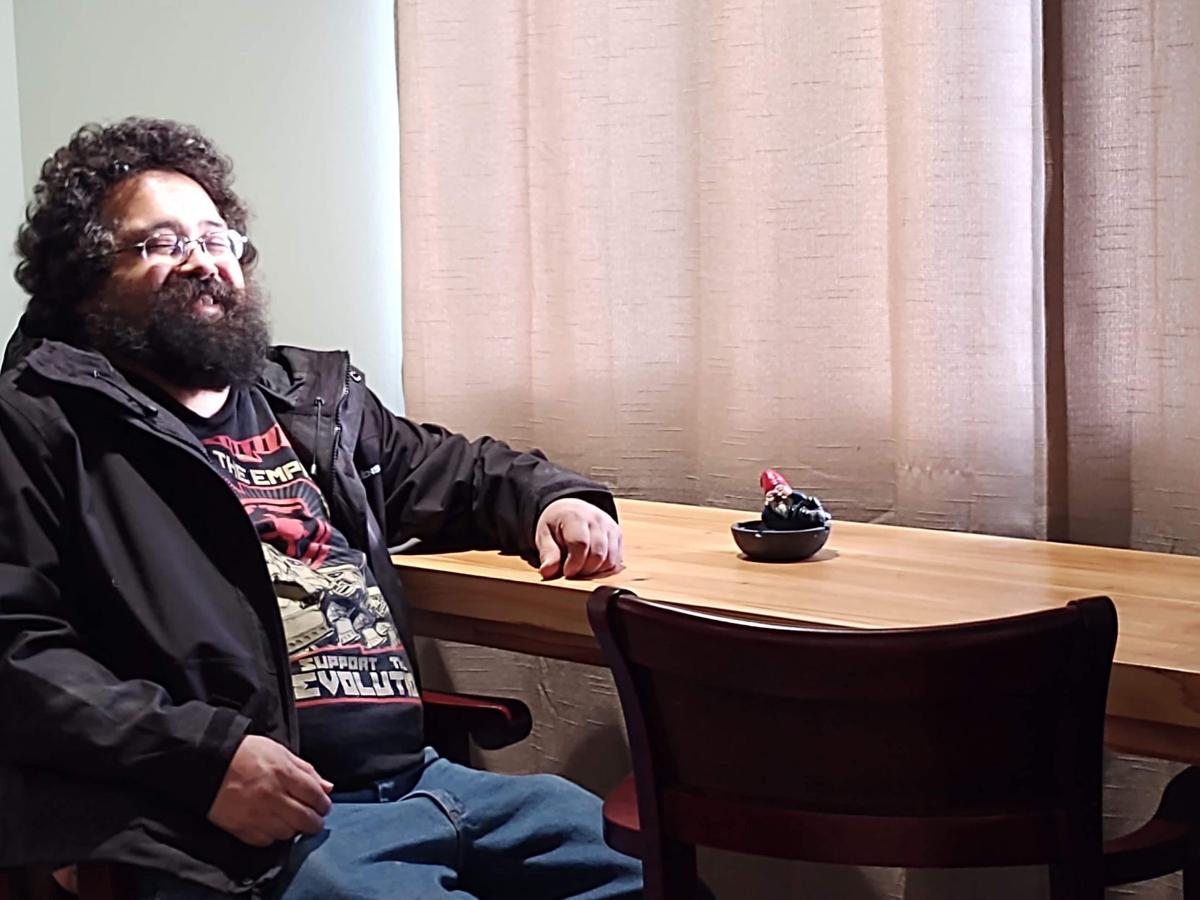 Kanoe Zantua, who owns Cannabis Corner in Ketchikan, said his business has always focused on locals. Cannabis Corner is also licensed for onsite consumption, but has yet to open its lounge. Alaska Cannabist file photo

Michelle Weaver, owner of Weed Dudes in Sitka, says her business has always been based on locals, not tourists. Alaska cannabist file photo

Kanoe Zantua, who owns Cannabis Corner in Ketchikan, said his business has always focused on locals. Cannabis Corner is also licensed for onsite consumption, but has yet to open its lounge. Alaska Cannabist file photo

Before Covid-19 docked, businesses across Southeast Alaska were gearing up for a more welcome arrival. Forecasts for 2020 promised another record year of tourists, to the tune of 1 million to 1.5 million cruise ship passengers.

What they got instead? A whopping 48.

And with Canada’s ban on leisure cruises extending into February of 2022, you might think Southeast Alaska’s cannabis industry would be scared ship-less.

Turns out that couldn’t be further from the truth.

“Business in Sitka is booming,” said Michelle Cleaver, owner of the Sitka-based retailer Weed Dudes. “A lot of people have turned to marijuana to keep calm and deal with the day-to-day situations.”

“I think less people are drinking and more people are partaking in cannabis, which is a good thing in my personal opinion,” Cleaver said. “To tell you the truth, I had to hire two extra people. Covid has helped, unemployment has helped, these stimulus payments have helped. Business is up over last year, and last year was up over the year before that, so I have no complaints.”

Cleaver added that large-ship cruise passengers have never been a major source of her revenue.

“The people who are buying marijuana products off the ships are usually buying a joint, or a two-pack of edibles, or every now and then you’ll get a rebel who’ll buy a cartridge. But honestly, they don’t represent—at least in Sitka—a large part of my business,” she said.

This sentiment was shared by other retailers across the Southeast.

“Our store has never been reliant on tourists, we focus on locals.” said Kanoe Zantua, owner of the Cannabis Corner— the Ketchikan shop that was recently granted state approval to offer on-site consumption, only the second in the nation.

Part of the reason that passenger traffic isn’t a major consideration for some retailers, Cleaver suggested, stems from threats by the cruise ship industry:

However, that doesn’t mean of-age passengers can’t enjoy themselves while docked.

“How are they going to tell the difference between a high person and a drunk person? My sister would say because marijuana makes you have a permanent grin ... The grinning people are the stoned people.”

This isn’t the first time that the Coast Guard has made life difficult for the cannabis industry, particularly for retailers like Weed Dudes who aren’t able to transport their product by road.

“The U.S. Coast Guard will not do anything with us, they absolutely have a zero tolerance policy,” Cleaver said. So with road and water out of the equation, air is the only option.

Cleaver started Weed Dudes in 2016 and has become something of an industry champion since opening one of the first retail marijuana stores in the state. The self-proclaimed “Queen of Cram” made headlines for her early efforts in navigating the murky waters of intrastate cannabis transportation, volunteering herself as the industry’s guinea pig and getting blacklisted by the FAA in the process.

Having had a few years to work out the kinks, flying with cannabis is now just another part of the job.

“So I was the first person to transport marijuana from Anchorage to Sitka and I did it with the permission of Alaska Airlines,” she said. “So now, TSA turns me over to the police, but the police are sent a transport manifest in advance to let them know I’m coming through the airport with marijuana. So when TSA turns me over to the police, they’re expecting me. They inspect my paperwork and transports and send me along on my way.”

Rather than a lack of tourists, Cleaver feels a more pressing issue facing the industry is the reality of living in a cash-only environment.

Due to marijuana still being illegal at the federal level, cannabis related businesses are unable to hold bank accounts with federal banks.

“Everything has to be paid in cash,” Cleaver said. “It’s hard — try to pay your Visa bill in cash … not easy.”

“There’s only one place in the state of Alaska where you can pay taxes in cash, and that’s in Anchorage. So once a month, I have to make a trip to Anchorage with all that money in my bag.”

But there’s hope for Cleaver and the rest of the industry in states where marijuana is legal.

The Secure and Fair Enforcement Banking Act (or SAFE for short) was passed by Congress in April and is set to go in front of the Senate.

“If they pass it, it’s going to give us legal access to the banks,” said a hopeful Cleaver. “And that could be a game changer.”

Dan Kreilkamp is a freelance writer in Anchorage.