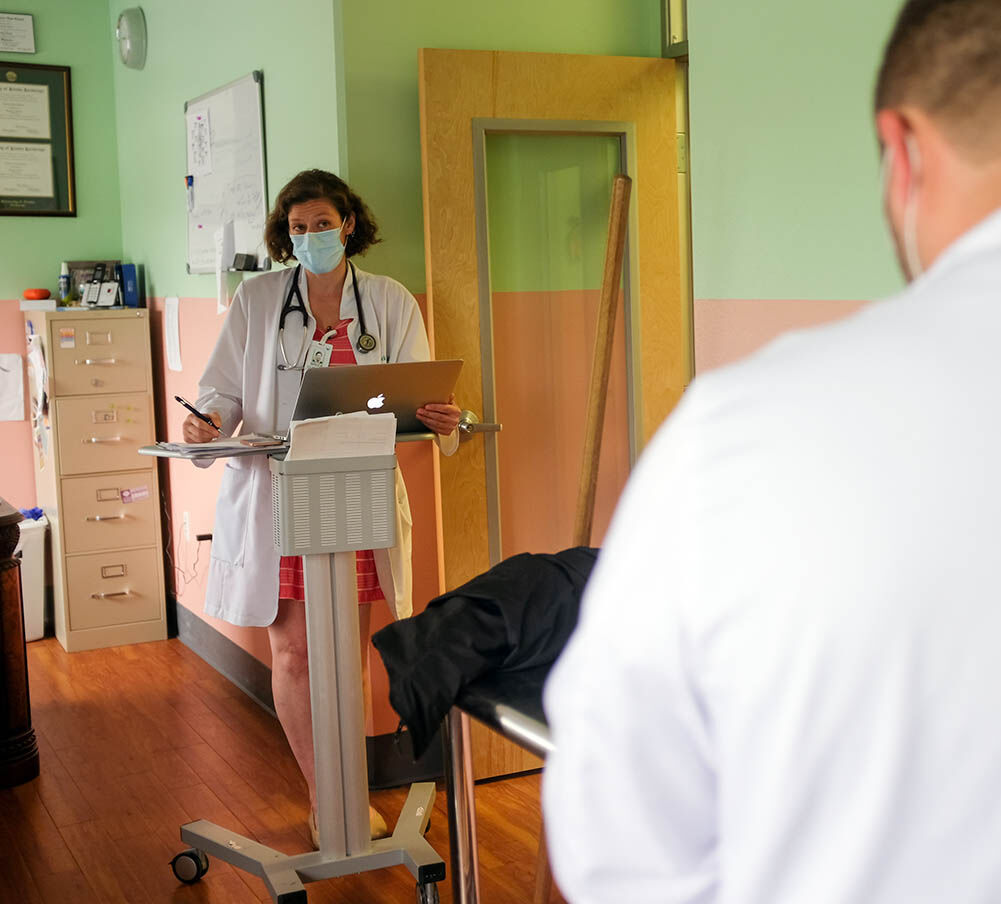 Dr. Brück Clift and her staff run a private family medicine practice. She is an advocate for cannabis’ medical qualities.  Matt Buxton photo 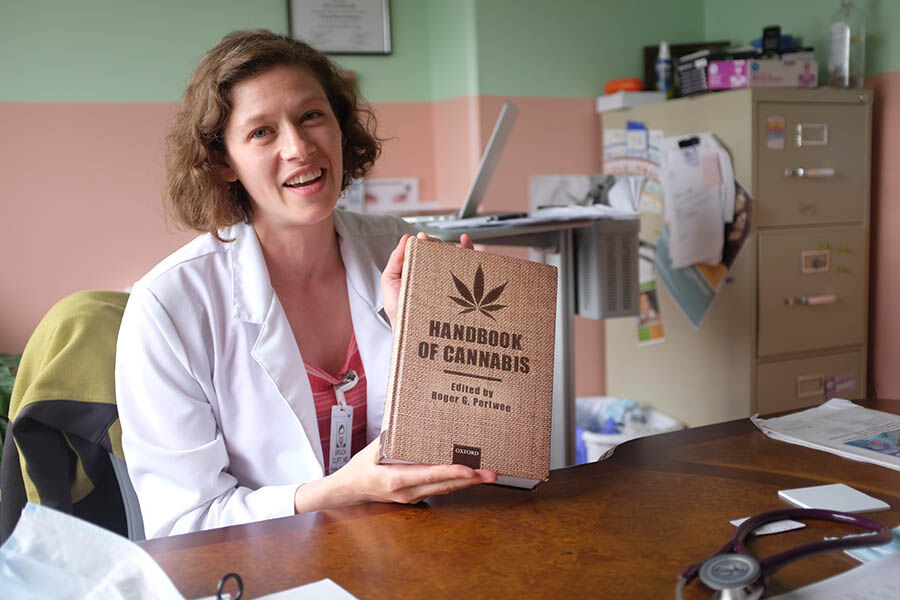 Dr. Brück Clift and her staff run a private family medicine practice. She is an advocate for cannabis’ medical qualities.  Matt Buxton photo

I wasn’t sure what to expect when I heard about Dr. Brück Clift, a doctor practicing in Palmer who had embraced cannabis as medicine.

That’s because cannabis as medicine, while having plenty of promise, has largely been held at arm’s length by most doctors, and the recreational industry is barred from talking about any potential health benefits.

There’s no established guide for what a doctor who works with cannabis should be like, but after spending a few hours with Dr. Clift, it’s clear that she’s paving the way.

On a summer afternoon, Clift and her staff were busy with the sort of cases any doctor’s office might see: A pregnancy evaluation, a man dealing with pain from broken ribs, an appointment for arthritis and a waiting room filled with children’s drawings.

It’s a private family medicine practice much like any other and, unlike the pop-up cannabis doctors in California, you wouldn’t know that she’s Alaska’s leading doctor in cannabis as medicine.

And there’s good reason for that. Dr. Clift approaches cannabis as one of many possible medicines that can help her patients, particularly when it comes to the realm of pain relief and treating the symptoms of opiate withdrawal.

“Marijuana isn’t a cure for anything, but it’s a really good treatment for everything,” she said.

When it comes to treating addiction withdrawals, she lists off a slate of other medicines like suboxone that are the keys in treating someone but says that many don’t address some of the underlying issues that drove people to addiction in the first place.

For many people, there’s pleasure in getting high, she said, and cannabis presents a far safer way to get that kind of pleasure than other drugs without the risk of severe or life-threatening side effects of prescription drugs like opiates.

“If people can get some pleasure out of something and limit their use of something that’s potentially dangerous, then we can make those calls,” she said. “Every medicine that we know of has the potential for adverse effects, and we have to weigh the risks and the benefits. … There’s a lot of theories that a drug addict is a drug addict and they need to be off everything, but that doesn’t work. That’s not what we believe here at this clinic. We use medicated assisted treatment for opiate dependency, so I feel like the cannabis products are just another extension of that medicated assisted treatment.”

Like many in the marijuana industry, Clift says she’s seen friends’ lives impacted or destroyed by addiction to alcohol and opiates and that those experiences have helped drive her passion in exploring and understanding cannabis.

That isn’t to say that cannabis is right for everyone in all cases, she said, and it’s important to consult a doctor about using cannabis as medicine, just like you’d approach other treatments.

“It’s not benign completely, but the fact that there’s no lethal dose is certainly helpful,” she said, noting that cases of bipolar disorder, schizophrenia and anxiety can be made worse by some forms of cannabis.

She says she will ask people who are wondering about it if they have had any psychotic episodes and lung issues, but mostly she’s there to help people find the right cannabis product for them.

“People come to get advice on how to use cannabis products in the most safe way for them or what types of cannabis products would be better for them like high-CBD, high-THC or a middle-of-the-road ratio,” she said, later adding “Just be honest with yourself and with your health care providers.”

Clift was born and raised in Alaska and began practicing medicine in 2017 after getting her medical degree from the University of Arkansas. She said when she began doing cannabis evaluations, others were skeptical of it and many sparred over her recommendation for mothers using cannabis to continue breastfeeding.

She still recalls the moment at a pediatric symposium where then-Alaska Chief Medical Officer Jay Butler released a memo that supported her position. She still has a wrinkled copy of that memo in her office.

“The stigma is dissolving,” she said.