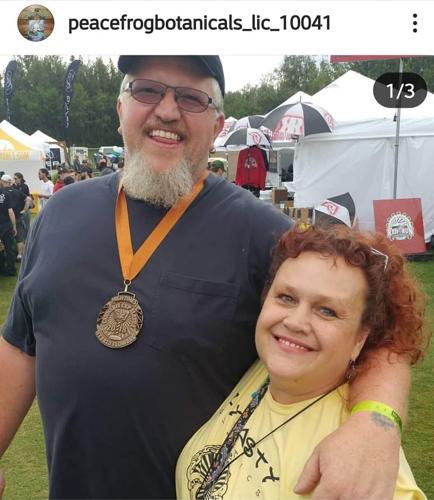 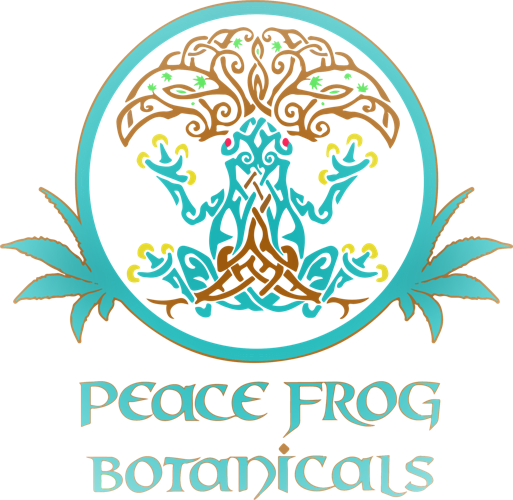 When Dollynda Phelps and her husband Jeff opened their cultivation facility in Kenai, they chose the name Peace Frog Botanicals as a way of paying homage to Dollynda’s father and some of her treasured childhood memories with him.

“When I was a young girl, my Dad and I were very close,” Phelps said. They had a shared fascination for the natural world that surrounded their Southern California home, and spent time exploring. “We would catch all kinds of critters together. We ended up bringing home some tadpoles and watching them grow into frogs. This became an annual spring event, until at one point we had thousands of them in the backyard, and drove the rest of the family nuts!”

In 2016, a decade after her father’s passing, when Phelps was entering the cannabis industry, she chose to name the business Peace Frog as “a way to forever remember the good times we had. Special frog memories with my Dad.” Phelps added that the name is also the title of “the super groovy, booty-shakin' song by The Doors," a favorite of hers.

“‘Peace Frog’ is really how our name Peace Frog Botanicals was born.”

Having settled on the company name, Phelps needed graphics, and found a fellow Alaskan to help her realize her vision.

“I used a local Alaskan guy, Bobby Burns, to collaborate with and get my ideas onto paper,” she said, adding that she already had some ideas in mind when she began working with him.

“I purposely did not include many marijuana references in the design so it could be enjoyed by everyone, even non-fans,” she explained. Instead of drawing from popular cannabis culture, Phelps said, she looked deeper into history for something timeless to use as an emblem. “I always liked the Celtic style, and the design we ended up with is perfect, with the frog intertwined with the Tree of Life. Good vibes all the way around.”

Peace Frog products have a strong presence on the Kenai Peninsula where they can be purchased at High Bush Buds, East Rip, and Uncle Herbs, and throughout the Southeast Panhandle, at locations ranging from Weed Dudes in Sitka to Cannabis Corner in Ketchikan, as well as Juneau’s AK Coffee Pot. Phelps said that combining the name Peace Frog with a logo derived from an ancient yet familiar source has worked well for her and her husband.

“I think because of it's uniqueness it has caught on as a recognizable brand,” she concluded “The majority of brands are associated with marijuana and I wanted us to be different and stand out.”