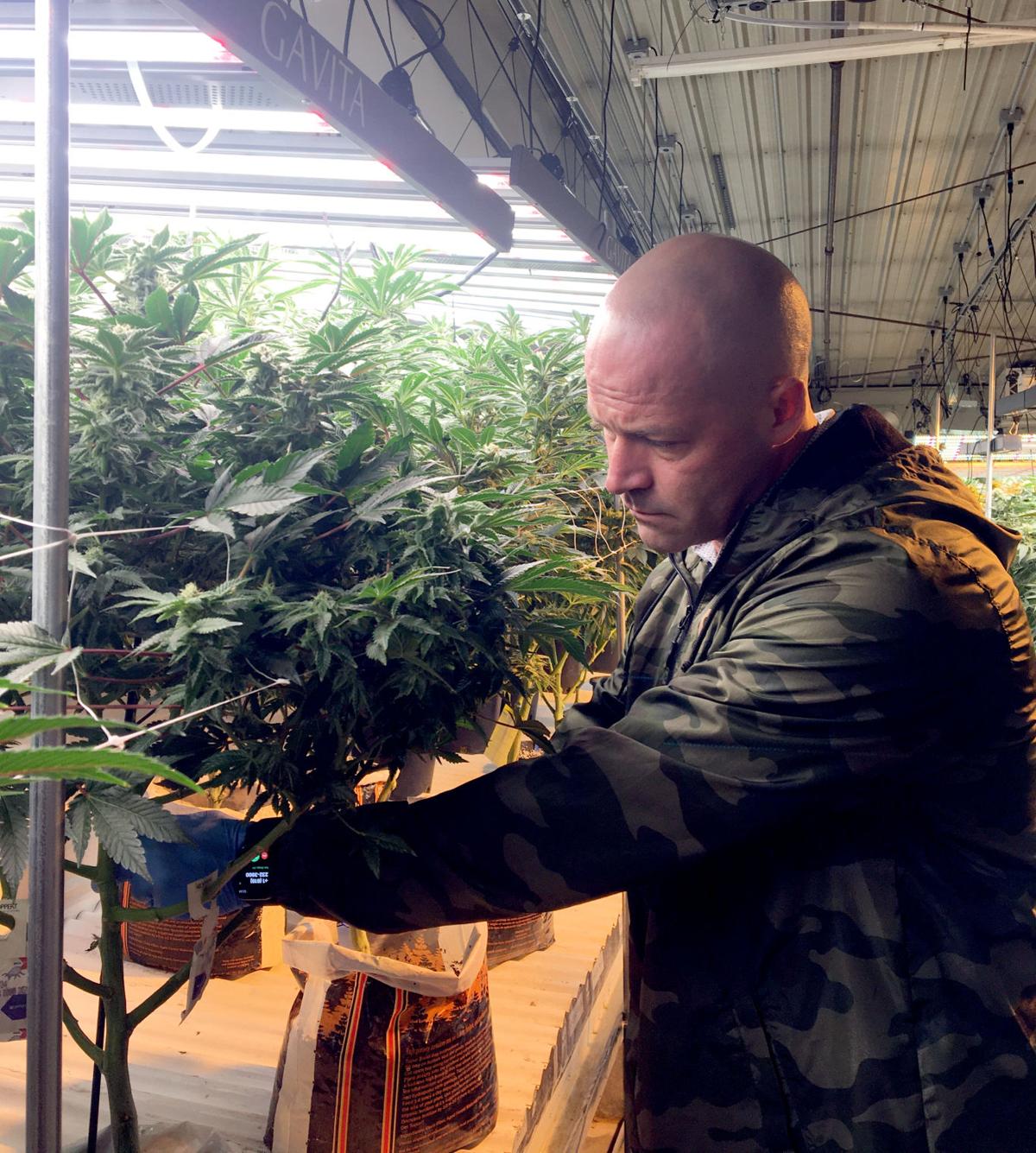 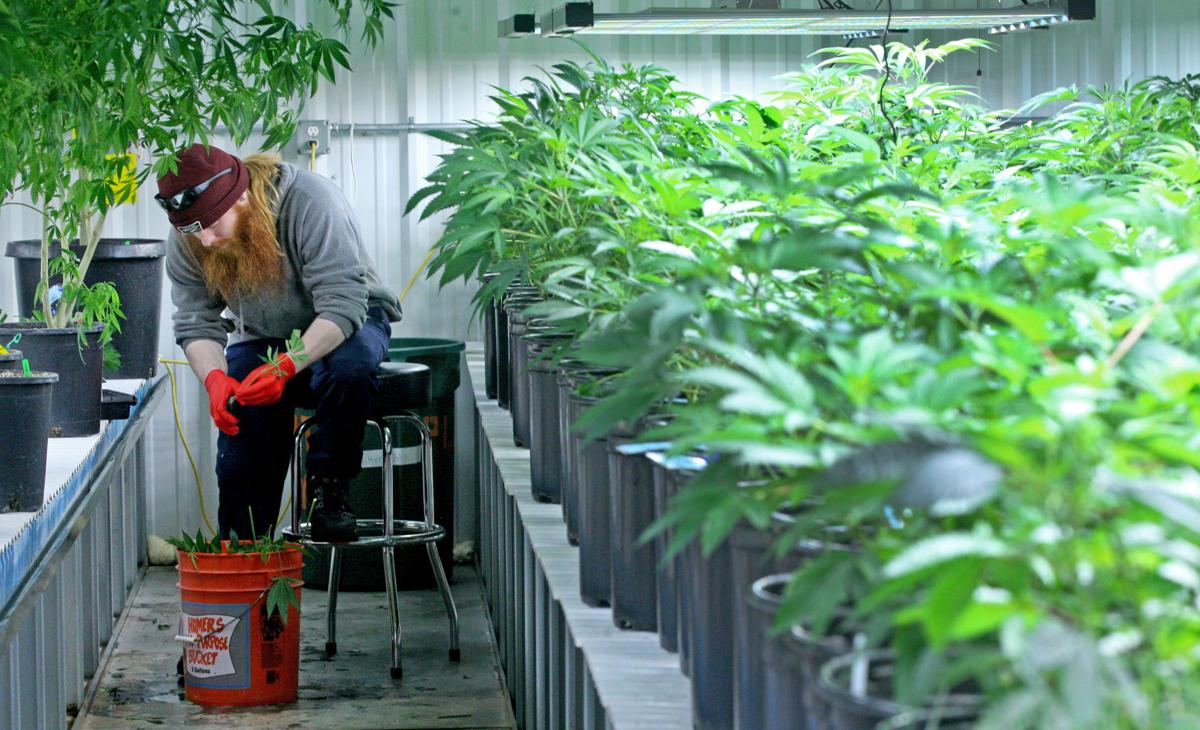 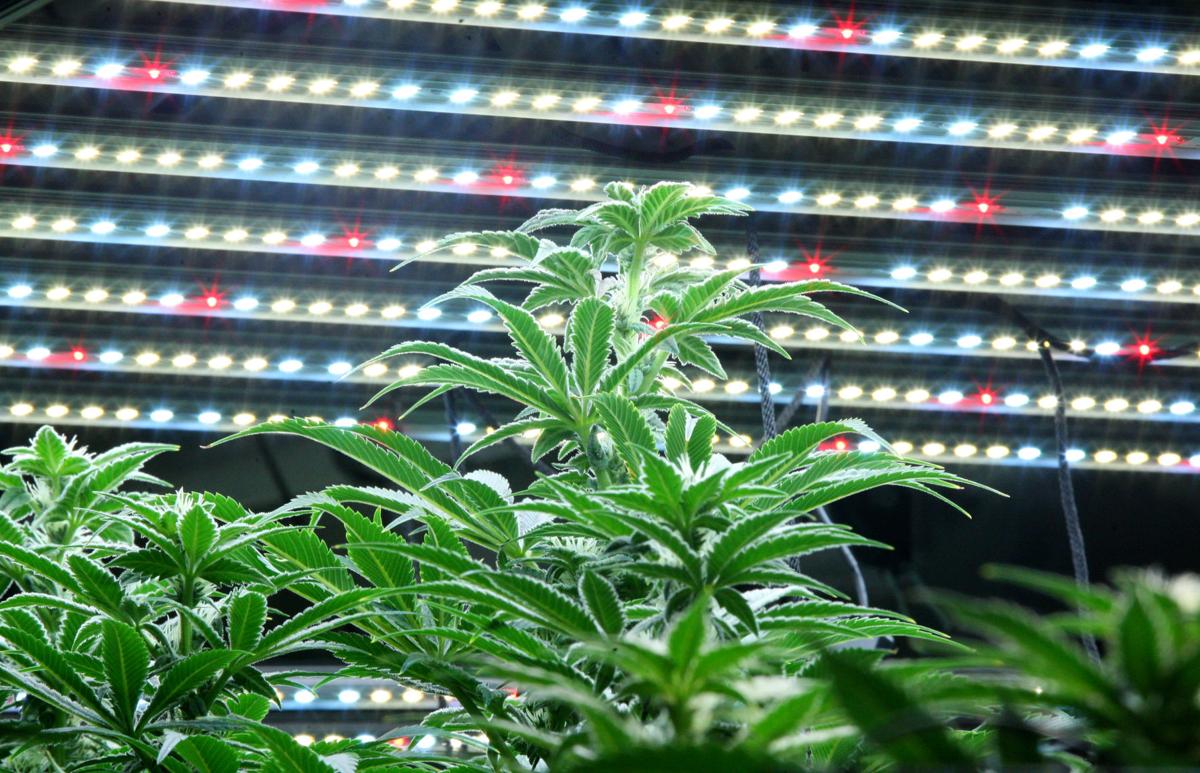 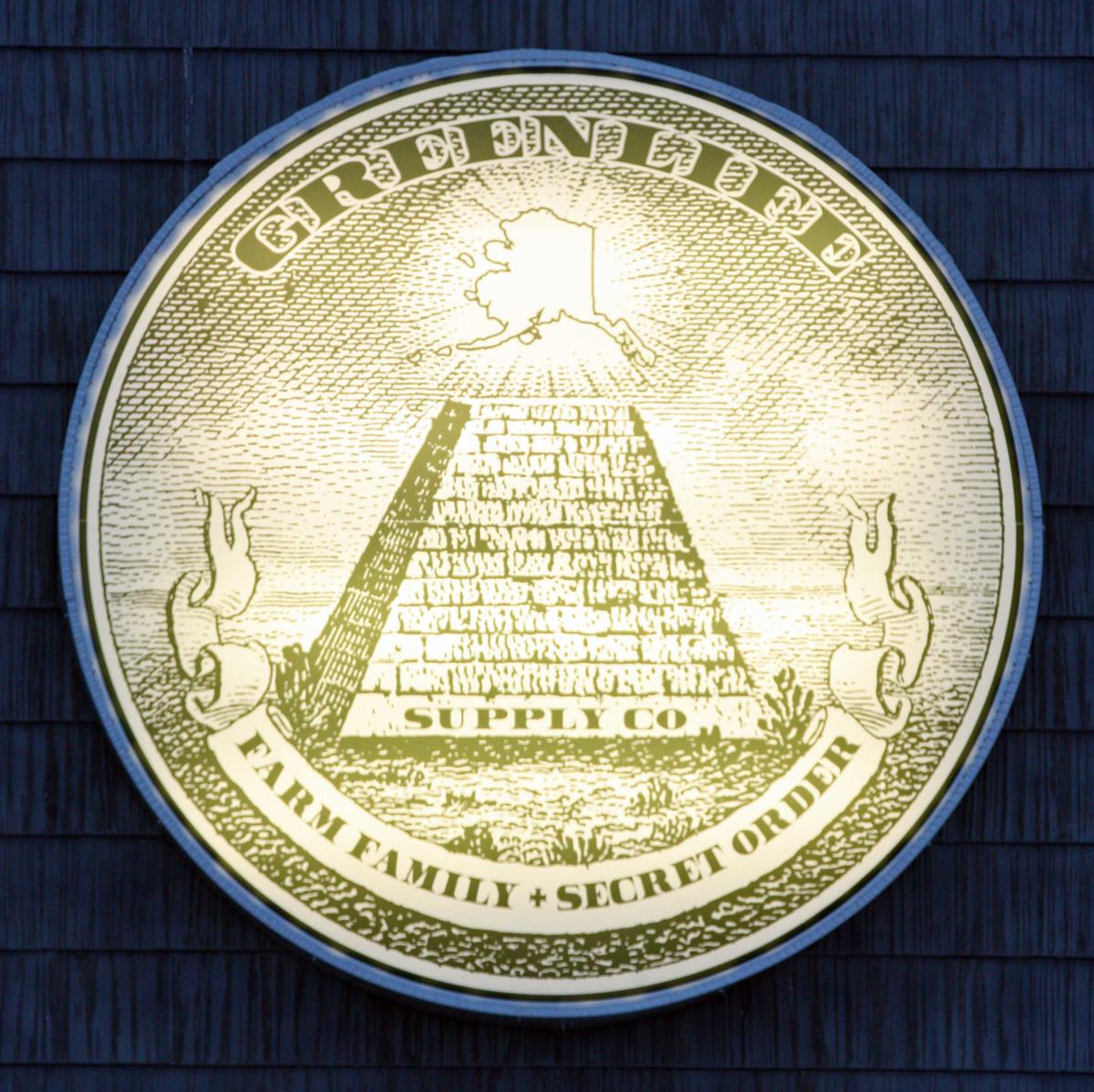 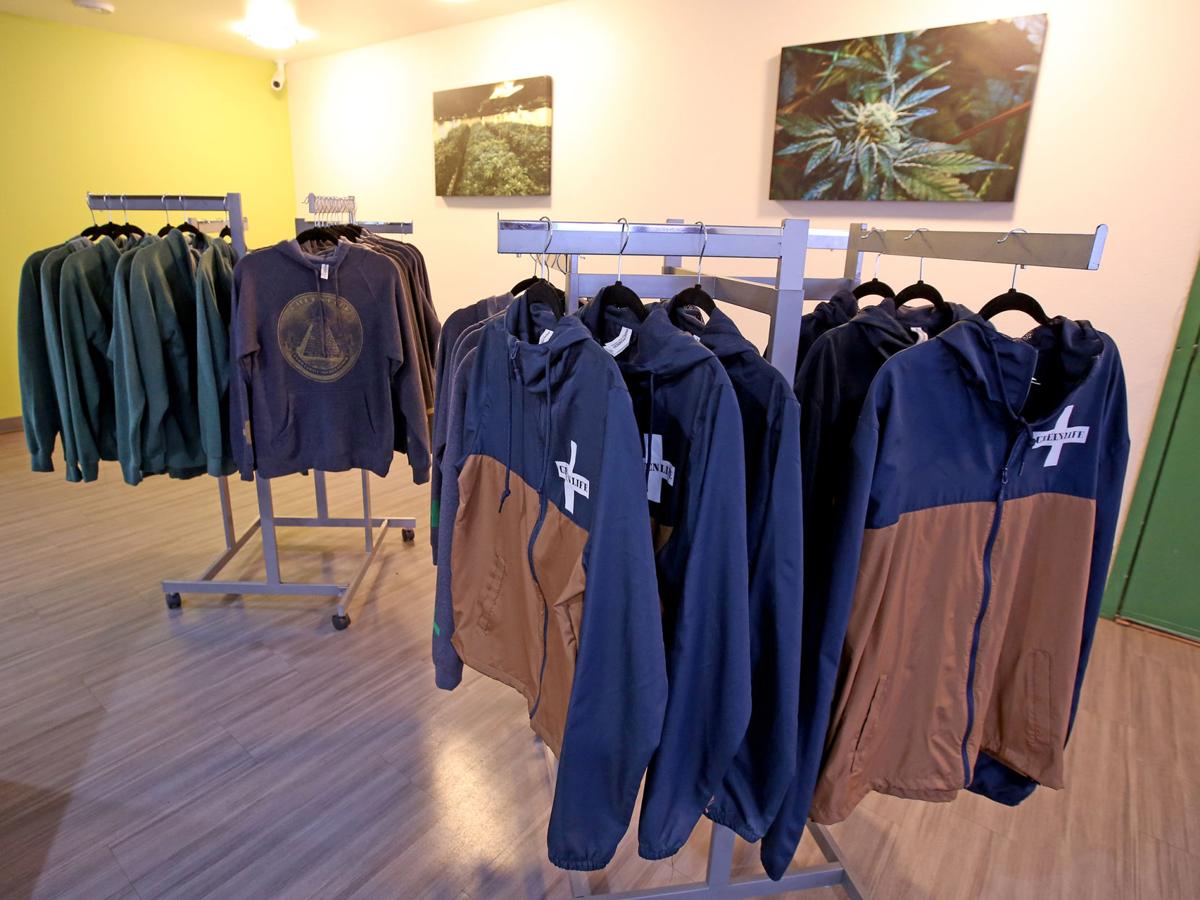 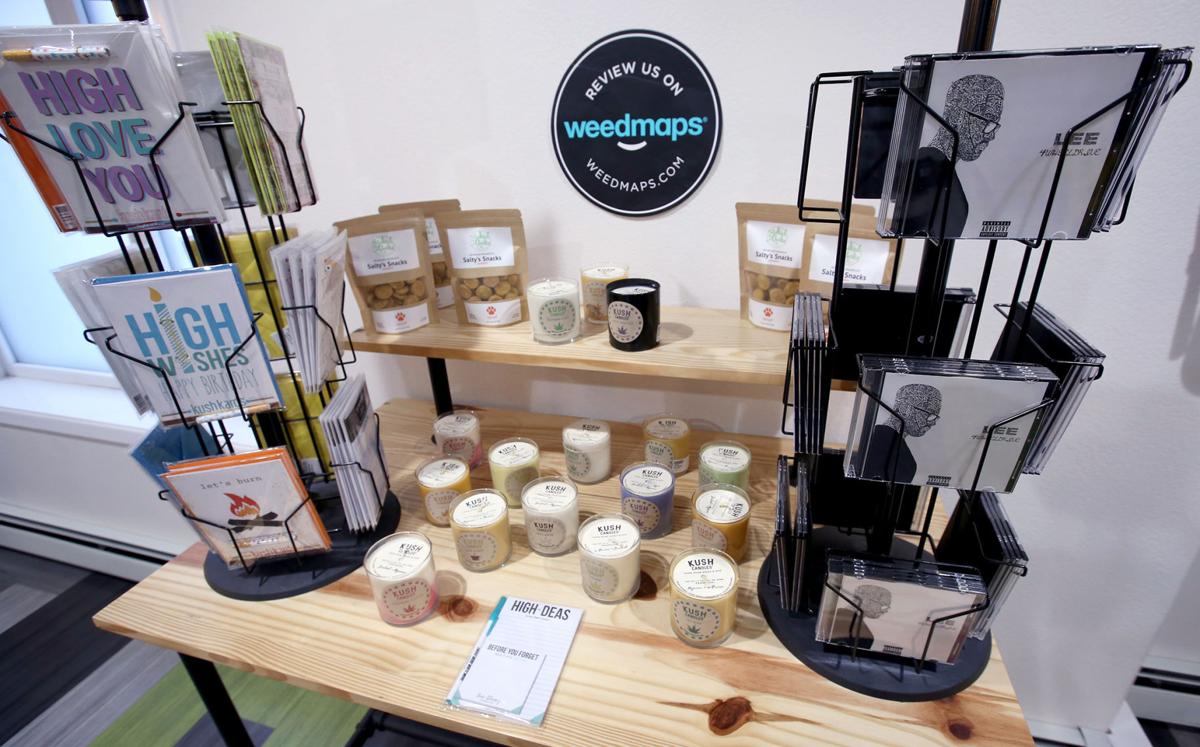 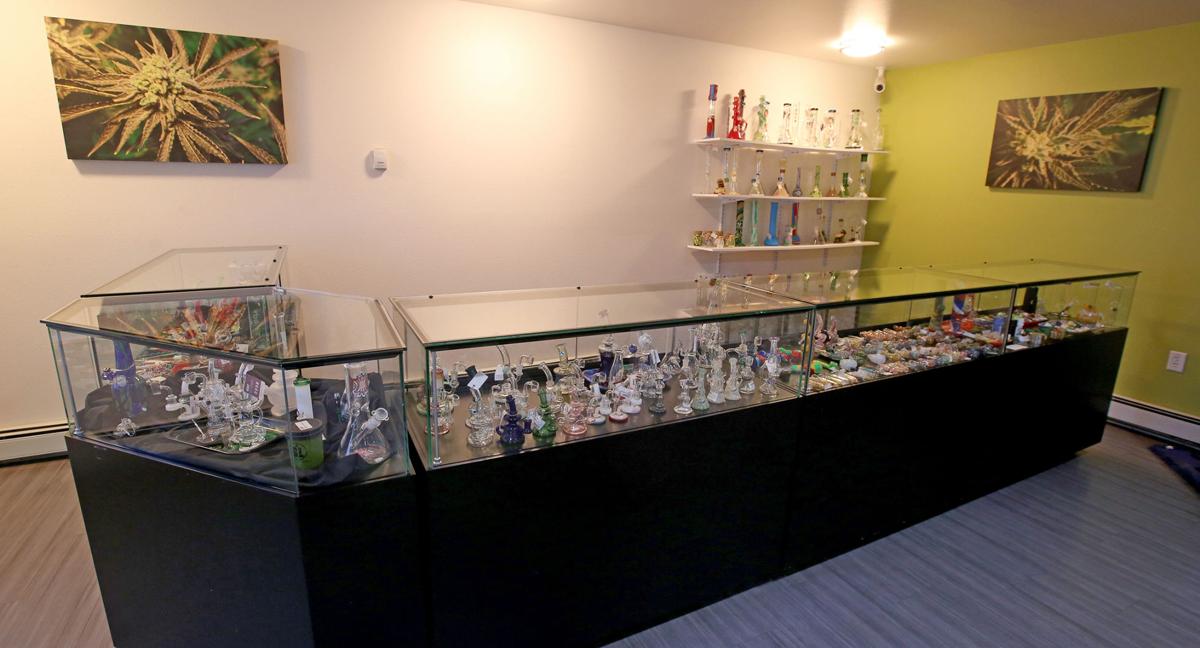 A list of tasks and reminders hangs on the door to the clone room at Green Life Supply Co. Tuesday afternoon, November 26, 2019. Eric Engman photo 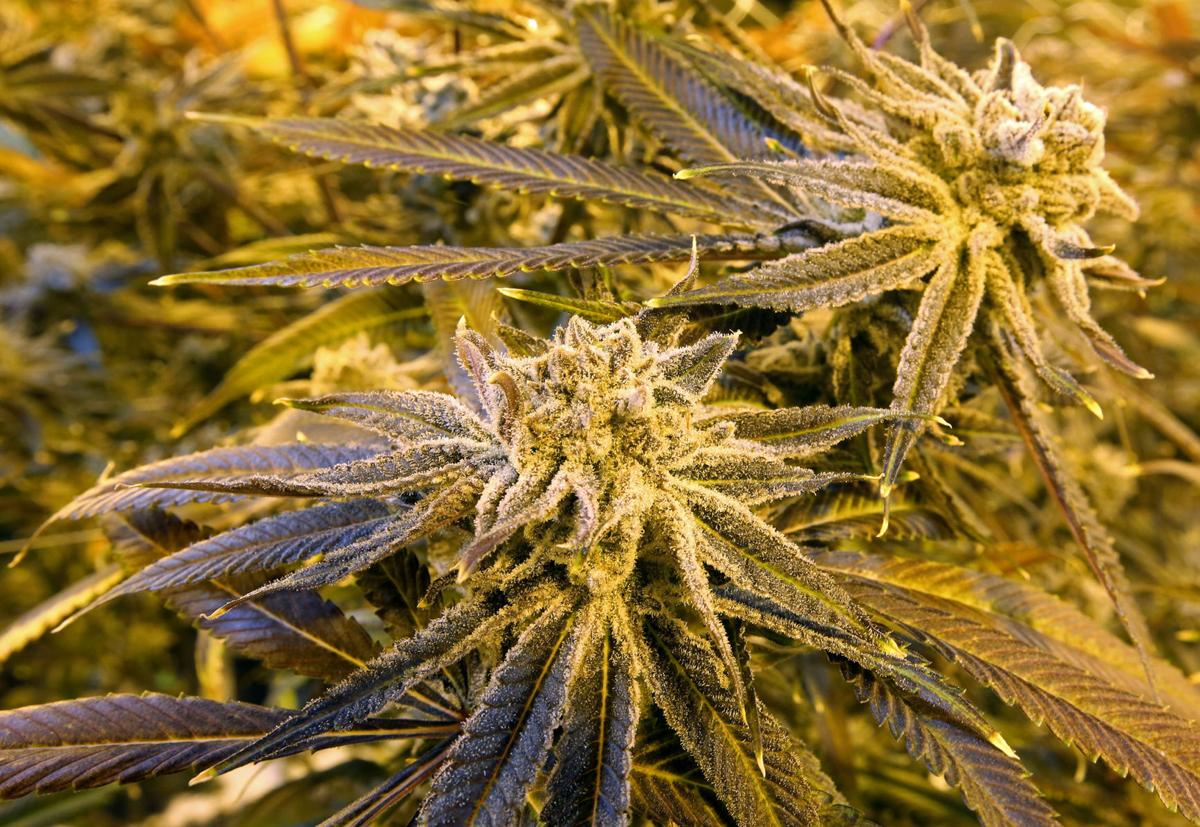 A list of tasks and reminders hangs on the door to the clone room at Green Life Supply Co. Tuesday afternoon, November 26, 2019. Eric Engman photo

There are dreamers in life, there are doers in life, and then there are those who are both. Green Life Supply LLC owner Nathan Davis definitely belongs in the latter category, as evidenced by the intense work ethic and vision that has led him to create or purchase five businesses in the last five years.

A tall, fit man with warm green eyes and a surprisingly serene demeanor for someone who is in almost constant motion, Davis met with Alaska Cannabist recently to discuss his dreams and what he’s been willing to do to achieve them.

Born in Bountiful, Utah, while his parents were on their way to Alaska, Davis has lived in Fairbanks since he was 1 month old. He became a carpenter after high school and was working for a local construction company when the birth of his sons spurred him on to bigger things.

“I had my kids when I was 21 and I started contracting right then. I figured I can’t just be clocking in every day, I have to strive for something more for my kids, and that’s what I’ve done,” Davis said recently at his 30th Avenue cultivation and retail operation.

Davis’ business, Advanced Builders Inc., did well, but he felt himself drawn to the cannabis industry. He moved to San Diego in 2008 and partnered with several others to open a cannabis cultivation and dispensary operation, but three months later the city council there voted to not allow dispensaries inside the city limits. Served with a 90-day cease and desist letter, Davis and his partners had no choice but to close the business.

“We tried to recoup what we had put into it and shut it down. I came back to Alaska and made a promise to myself that if it ever happened here I would be ready,” Davis said.

Building on a dream

Several years later Davis got his chance. When it began to look as if cannabis would be legalized in Alaska in 2015, Davis invested everything he had and opened Green Thumb Garden Supply on College Road in Lemeta. The store offered indoor gardening supplies such as soil, nutrients and lights for aspiring growers, and was such a success he opened a second store in Wasilla a year later.

With those businesses established, Davis decided to go all-in with a large cannabis cultivation and retail outfit of his own in Fairbanks. He purchased an industrial building in 2017, let his contractor’s license lapse, sold almost everything he owned — including his car — and began to the daunting task of turning a former autobody repair shop into a pristine environment for growing weed.

“It was the dirtiest building on earth. I spent a month cleaning it. I was up there hand washing every beam,” Davis said, noting that he remodeled the building himself.

“I lived here for a year in order to do that. I sacrificed everything and pretty much drew a line where either I was going to die or I was going to accomplish this. I’m not joking. I couldn’t even afford fuel to heat the building so I slept in that room right there and plugged in electric heaters at night so I would stay warm,” Davis said, pointing to a small stock room near his office.

In 2018 Davis opened the retail store and also agreed to buy The Blue Loon, a much-loved Ester nightclub. Unfortunately, the building burned down six days after he took legal ownership in May 2019.

“This part I’ll never forget. I was at the bank setting up the corporate account for it when manager texted me “The Loon’s on fire.” I thought it was an autocorrect. I said ‘hold on one sec,’ walked outside, made a phone call, went back in and said, ‘I gotta go.’”

To add insult to injury, Davis “got roasted” on Facebook by people suggesting the fire was not an accident.

“We have done nothing but lose money because of that fire. I mean, a lot of money. We had three sold-out shows back to back — two comedy shows and a concert. That hurt. We’re currently struggling to get it rebuilt for next season. There’s a general contractor, but I’m still out there every day. Nobody wins in an insurance deal, so every bit I can contribute to it myself helps.”

Davis wants to reassure the public that the new Loon will be the same as the old Loon, just bigger and better.

“It’s going to be similar in the layout, but we started from scratch — all new concrete, new septic, new water. We’re still going to have a front and back bar, we’ll still have movies and concerts. I had a lot of Esterites personally reach out to me to make sure things were going to stay in the same lane, and we’re going to do just that. We’re trying to increase the capacity so that Fairbanks can have a higher level of entertainment throughout the winter. I think it’s a service that Fairbanks needs.”

Apparently a glutton for hard work and stress, Davis purchased Holm Town Nursery the same day he signed the final paperwork on The Blue Loon.

“So far I’m a store a year for the last five years, and at this point I’ve accepted that there’s probably something wrong with me. No one else would just continue to do this,” Davis said with a bemused grin. “All I do is work, but I try and take breaks for sanity. It’s something that I’ve recently come to terms with, that I’m just wired differently than other people. And I can honestly say that if my intuition took me down another path to another business, I would probably do it.”

Green Life Supply’s retail store opened in 2018, when the cannabis market was well-established but not yet saturated. Davis attributes his success in the currently glutted market to several factors.

“Our shop stays busy. Our price points are good, and most of all, we have top-notch product. I’ve never heard of a large surplus of top-notch cannabis existing on planet Earth, period. If it’s good, they’ll buy it.”

Davis said he feels sympathy for the smaller growers who cashed in their 401Ks or sold their homes to get into the cannabis business because “their close circle of friends told them they were the best weed growers they ever met.”

“There are small farmers that we’ve bailed out just since legalization. They’re good people. Shit goes wrong for all of us, I mean, these are live plants. It doesn’t matter how great you are at your job, you will suffer a crop loss sooner or later.”

Green Life Supply’s 14,000-square-foot cultivation facility has one clone room, two veg rooms and six flower rooms. Davis grows about 48 different strains and has 2,500 to 3,000 plants in various stages of growth at any given moment. Two flower rooms are harvested every 21 days in a perpetual cycle.

“It’s really difficult to say what’s our top seller because everyone has such a different palate. That’s why we have so many strains,” Davis said, offering a comparison between the alcohol industry and the cannabis industry to make his point. “There are people out there who drink Bud Light, and they’ll never drink anything else but Bud Light. Cannabis people want new shit, all of the time.”

All plants are cloned from mother plants, then grown in a soil-less medium of ground up coconut husks and fed with a liquid nutrient solution that Davis purchases from his Fairbanks Green Thumb Garden Center, a hydroponics store-within-a-store at Holm Town Nursery. Though he originally had the grow rooms set up with a traditional hydroponic system, Davis decided that method wasn’t working for him.

“My staff waters by hand now. That way we’re sure that every plant is touched twice a day. When we had tubes set up at first there was no human contact,” Davis said. “I’ve done this for 24 years, and I swear to you, they respond to human beings. When we had all the feeder tubes going and the manifolds and the pipes I found that that wasn’t the case — they weren’t getting the attention I wanted them to get.”

Davis said he has no regrets about making the switch from building contractor to cannabis entrepreneur.

“I always wanted to be a farmer and an artist, and I get to be both in this business. Everything that we’ve done is in-house: the branding, the logo, our T-shirts, everything,” Davis said proudly.

The Green Life Supply logo is similar to the pyramid seal on the back of a U.S. dollar bill, except the floating Eye of Providence is replaced by an image of the state of Alaska. The motto under the pyramid reads “Farm Family • Secret Order.” The business name and the elements in the logo all have hidden meanings, according to Davis.

“Green Life because it’s a lifestyle. Farm family because that’s what we are. Secret order is a salute to the great botanists that built this industry with decades of secrecy. And the overall logo design is, basically, the feds have taken so much from us for so long (that) I took something from them. Also, what’s more green life than the lowest denomination of currency? Drug dealers make big money. Farmers barely get by. It’s the way it’s always been. And finally the overall triangle or pyramid design you see across many cannabis logos originated from the Emerald Triangle,” Davis said, referring to Humboldt, Mendocino and Trinity counties in Northern California, the largest cannabis-producing region in the U.S.

Though Davis acknowledges that he probably works too much, he says life is all a matter of perspective.

“I mean, someday’s you’re super stressed, and then you stop for a second, and think, ‘Dude, you own a weed factory. Just chill out. Everything’s going to be all right,” Davis said. “Fairbanks is a great place. If you have dream, you can do it here. Period.”