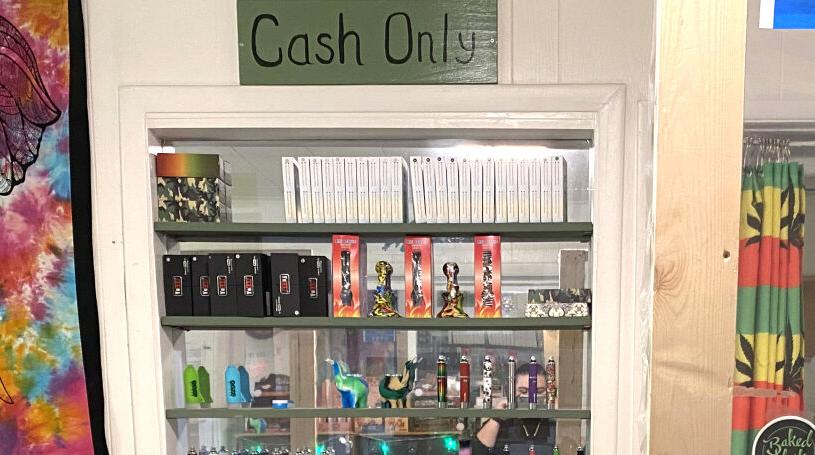 The ‘Cash Only’ sign on the wall shows only one of the things that makes running a cannabis dispensary in rural Alaska difficult for businesses such as Bristol Bay Bud Co. in Dillingham.

Gudlief Organization owns one of three cannabis dispensaries in Nome. 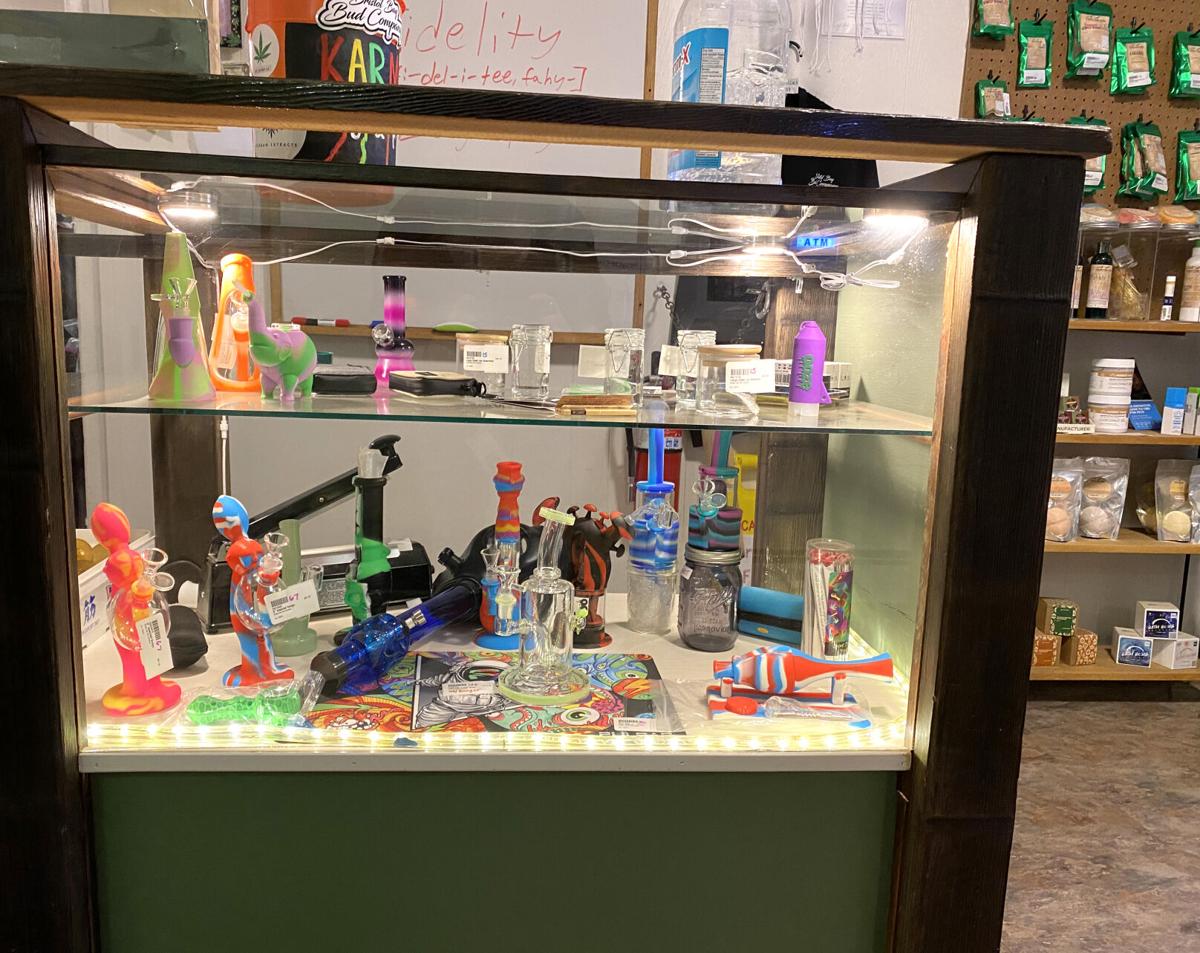 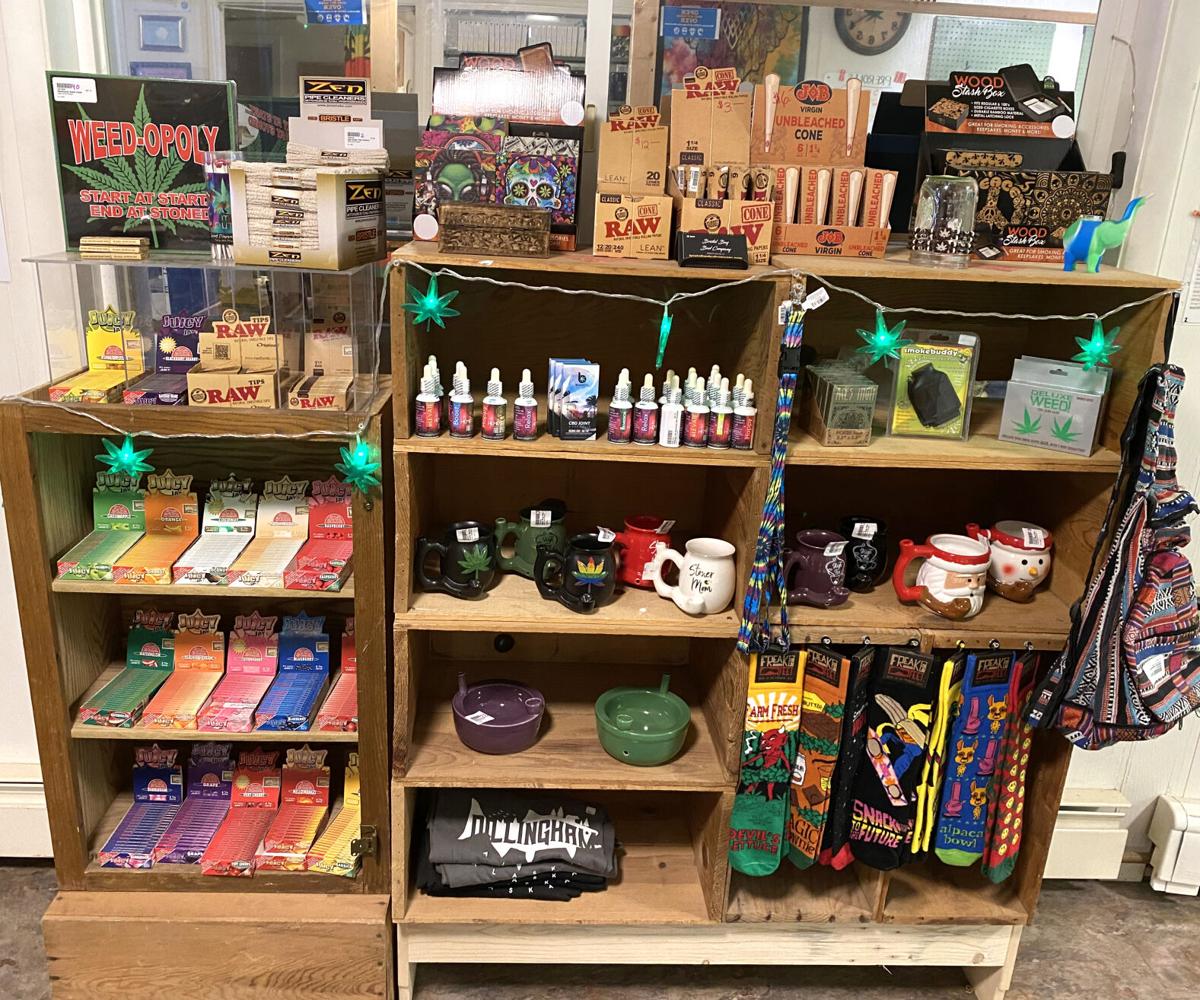 The ‘Cash Only’ sign on the wall shows only one of the things that makes running a cannabis dispensary in rural Alaska difficult for businesses such as Bristol Bay Bud Co. in Dillingham.

Gudlief Organization owns one of three cannabis dispensaries in Nome.

Those entering Alaska’s legal cannabis industry have some high hurdles to clear — hefty startup costs, stacks of state regulations, lack of federal recognition and having the business knowhow to keep the lights on. For those businesses in Alaska operating off the road system, those hurdles are even higher.

Rural cannabis businesses say they have problems getting products and keeping them in stock; dealing with an all-cash process with few banking facilities; hiring qualified budtenders; and in 2020, dealing with a pandemic that has limited travel, put an economic pinch on customers and required other adjustments for the health and safety of customers and employees.

For Bristol Bay Bud Company in Dillingham, which opened its doors in June 2019, navigating the challenges has been “a huge learning experience,” said Heather Allen, BBBC managing partner. “It’s been going really good. You’ve got to roll with the punches.”

Flying is the only option to get products, but how are rural dispensaries to keep products in stock that are only available on the road system and that the federal government says are illegal to transport through federal airports?

Alaska’s legal cannabis pioneers such as Michelle Cleaver, owner of Sitka’s Weed Dudes, helped pave the way for a process that allows a person with the proper distribution license to travel with cannabis products in carry-on luggage. However, that process has some limitations — only about 5 pounds of flower or about 75 pounds of edibles can be stuffed into carry-ons.

Those limits, however, mean that some products such as infused drinkables are too heavy to be transported economically. COVID restrictions also require testing or lengthy quarantines when traveling.

“That was very inconvenient,” Kunnuk said. “We had to order different supplies. Hashade is too heavy to put on carry-on totes and a lot of people really like that product.”

Kunnuk said he submits a list to a partner in Anchorage who organizes the supplies and flies them up.

“If it wasn’t for our partner in Anchorage, we couldn’t do it,” he said. “If you want to run a business here in Nome, you kind of need help from people in Anchorage who can get everything in one spot.”

Allen’s husband, Richard, has been in Wasilla most of the year getting their grow operation going. He is the one who organizes the shipments to Dillingham, which also lost its regional carrier in the spring when Ravn went bankrupt. Sometimes they use smaller planes, Allen said.

“To keep costs as low as possible, we don’t fly the biggest plane because that would be a whole lot of product to justify,” she said. “What happens is because it’s not a huge plane, sometimes the weather is not hospitable to get through the pass. Sometimes it’s a gorgeous sunny day in Dillingham, but it’s foggy in Anchorage and planes can’t get up.

“You’ve just got to be flexible.”

COVID also changed the way they get products — Allen said she can’t just fly into Anchorage or her husband to Dillingham without having to quarantine, so she stays in town and he does the legwork on the road system.

Lack of federal recognition extends to the financial side of operating a cannabis business. Few banks will do business with the cannabis industry, and as a result, transactions are all in cash. Dispensary owners won’t discuss how they transport cash for security reasons, but Allen said if banking were opened to the cannabis industry “that would make me cry.”

It’s a real struggle dealing with a cash-only business, she said.

“If our money is good enough to pay taxes, why isn’t it good enough for the banks?” she asked, acknowledging that she does understand the banks’ position under current law.

She has an ATM inside the dispensary and has been shopping around for providers, all the while wondering what kind of impact it would have on her customers if she just removed it. She said many people in town bank online, and the one local branch of Wells Fargo recently opened a drive-thru, “so now we have options.”

Being able to access normal banking channels would be fantastic, she said, “but it would have to be on the down-low. I want to be toeing the line at all times.”

The combination of cash and cannabis can be a lure for thieves and dispensaries are required to have stringent security measures. Despite this, Allen said BBBC and a dispensary in Bethel both had break-ins in 2020. In both cases, the community quickly identified the suspects, mostly minors, and they were quickly apprehended.

COVID also put a damper on the customer base. While the cancellation of the cruise season was devastating for tourist-forward businesses in Southeast Alaska, the impacts were felt in the southwest, as well.

“There was an interesting lack of any real tourism through the store this year because they were all on lockdown,” Allen said of the thousands of fishermen and fish processing workers who travel to Dillingham every summer for the salmon runs. “Literally all of our processors were completely on lockdown.”

Compounding that is the fact that Permanent Fund dividends were distributed in July this year to help residents with financial shortfalls dealt by COVID. That means residents who normally relied on the PFD in the fall to help prepare for winter may have already spent that money, and there was no other financial aid coming from the state or federal governments.

“People are really struggling now,” Allen said. “I’m not getting as many people coming from the 12 villages we support — they just can’t afford the flight over. It’s cheaper for them to fly over their groceries than come do their shopping in person.”

Although more tourism would be welcome, Allen said BBBC’s main support comes from the local community. The retail area itself is small and only three customers are allowed at a time.

“They police themselves,” she said. “If they see other cars in the parking lot they may peek inside to see if it’s busy and then they’ll just wait in their cars for their turn.”

They sell a wide range of concentrates and dabs, but prerolls are by far their most popular product, she said. “They love the convenience of prerolls,” she said.

BBBC employs four budtenders and could use a fifth, but Allen is having trouble finding qualified applicants, largely because there’s no place to get a passport photo taken in Dillingham — one of the requirements to get a marijuana handlers card.

“That is the biggest issue right now,” she said. “That’s the dealbreaker. They’ve took this class, got the background check and they’ve even invested money in it and then they need to get a passport picture and that’s as far as they go.”

A couple of applicants did look up the parameters for passport pictures and took their own, but for others “that’s the No. 1 thing that stalls all my potential applicants. It’s just one too many things to try to do.”

COVID also has restricted the local Department of Motor Vehicles contract office, which makes it difficult for potential customers to get identification such as drivers’ licenses renewed, Allen said. All customers must show identification before buying cannabis. She said she has been talking to local officials about whether tribal IDs will be allowed. The Alaska Alcohol and Marijuana Control Office is looking into that option, she said.

Their first year in business has had highs and lows — the break-in being the biggest low — but mostly highs, Allen said.

“There’s not a single day that somebody does not say ‘thank you for being here,’” she said. “It gives the community options. We have a lot of CBD customers. I love it when I see elders come in and buy prerolls. That is the high, just making people happy every day. That’s the high.”