$30.00 for 365 days
Get Started
You have permission to edit this article.
Edit
Articles
Food & Drink
Reviews
Gallery
Subscribe
Share This
1 of 3 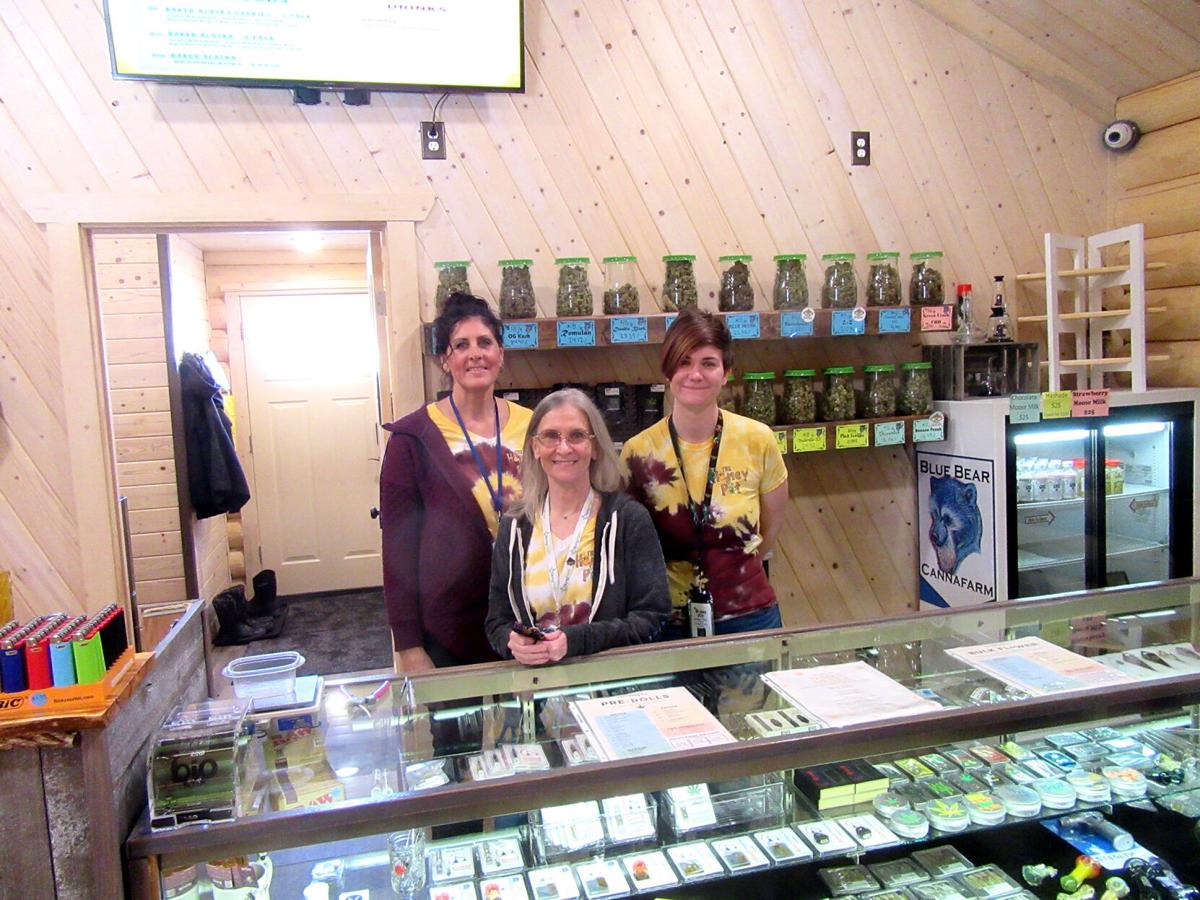 From left, Monique Daigle, Terreisa Lane and Whitney Fisher are the owners of The Honey Pot on Badger Road. The three women also own two cannabis grow businesses, which are a main source of flower for the shop. David James photo. 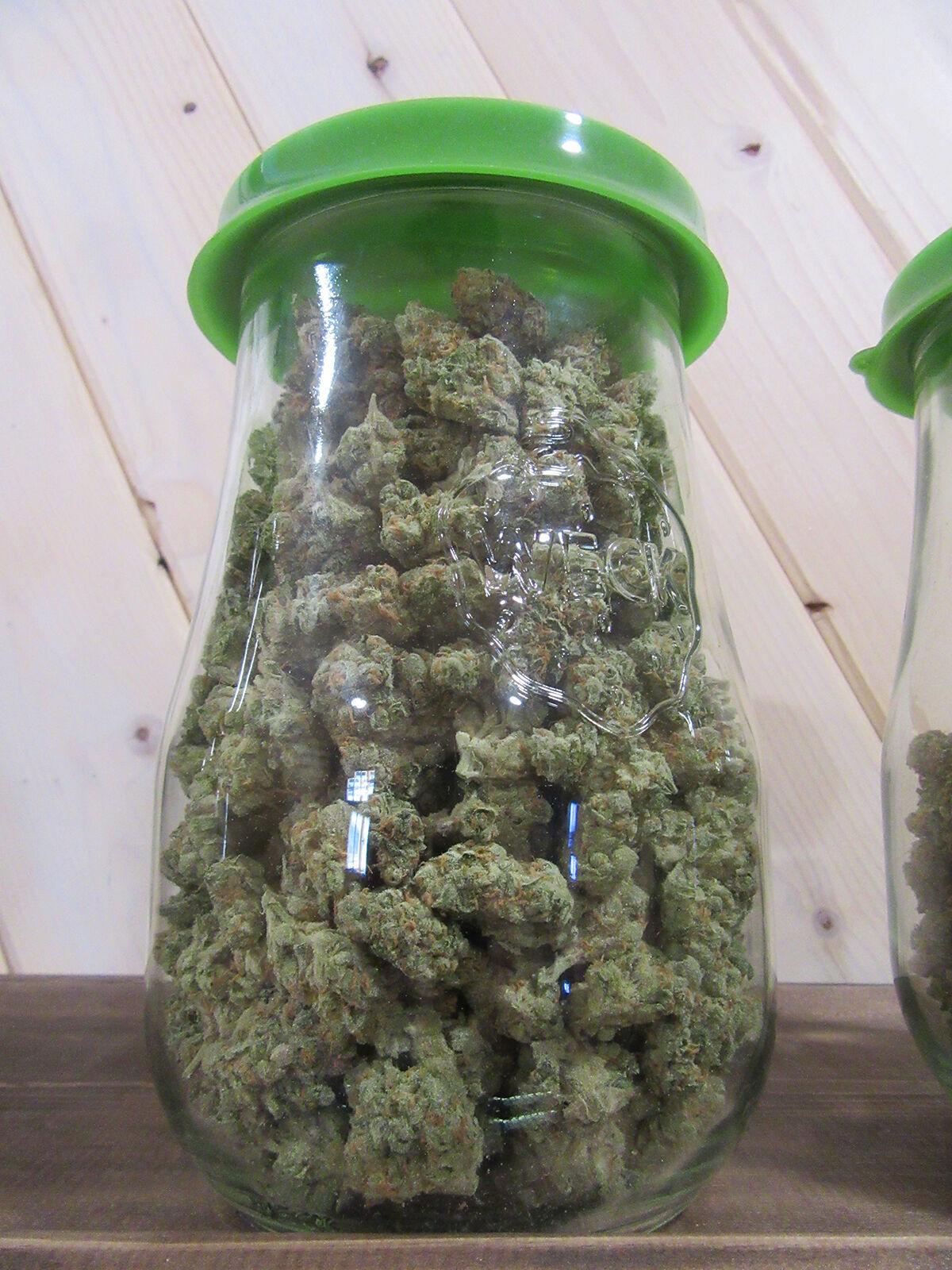 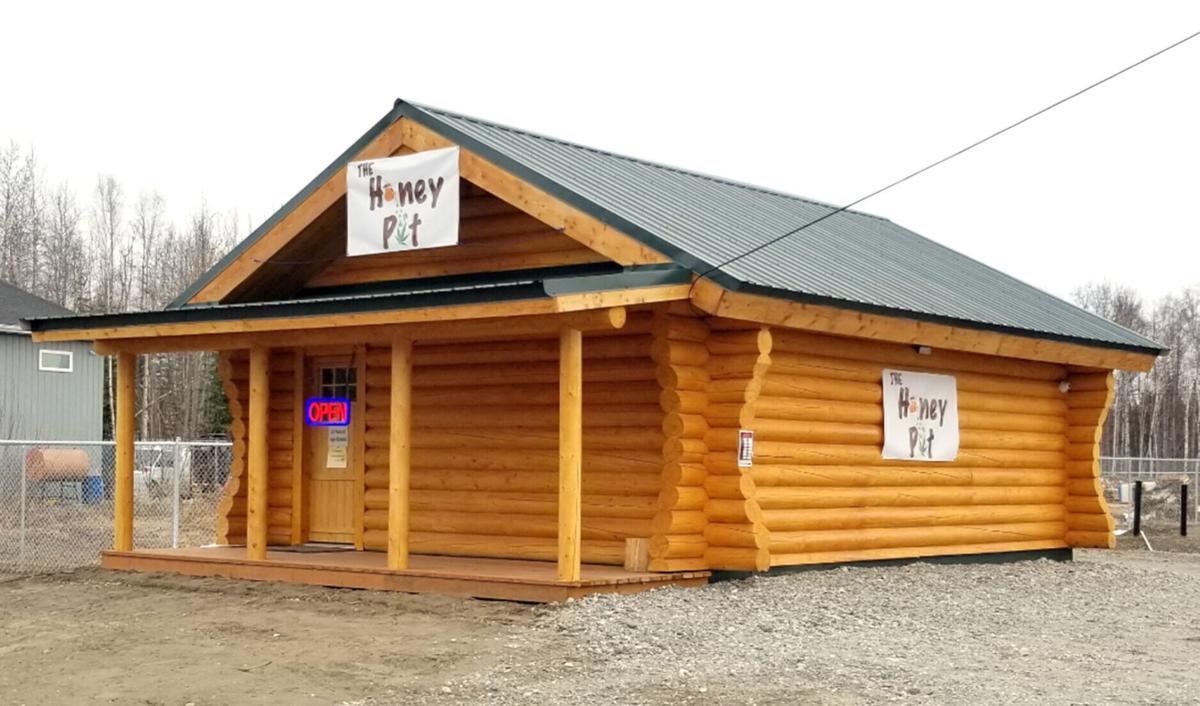 From left, Monique Daigle, Terreisa Lane and Whitney Fisher are the owners of The Honey Pot on Badger Road. The three women also own two cannabis grow businesses, which are a main source of flower for the shop. David James photo.

Prior to establishing AK Green Bee, a North Pole cannabis grow business, investor Monique Daigle decided to go looking for advice. While she had ample business experience, marijuana was a new area for her, and she wanted to get started on a solid foundation.

“I had heard of a woman-owned grow also in North Pole,” Daigle said, “so I really wanted to meet her.”

That woman was Terreisa Lane, who had launched Blue Bear Cannafarm in 2016. Daigle sought her out, hoping to acquire tips on growing and marketing the plant. What she wasn’t expecting was Lane’s response: “Girl,” Lane told her, “I want to talk to you about a retail store.”

The two did more than talk. They got to work. And in a partnership that also includes Lane’s daughter, Whitney Fisher, they recently opened The Honey Pot, the newest dispensary in the North Pole area, and one with a defined vision.

“When Monique and I started talking, it was a three-way partnership,” Lane said, emphasizing that, “it was important to us to be women-owned.”

“The overwhelming amount of businesses in this industry are owned by men,” Daigle explained. “And that’s not a bad thing, it’s just a fact. So being able to break through that kind of ceiling or barrier for some, Terreisa’s very proud of it.”

Each of the three women brought distinct skills to the mix. Lane said Daigle’s “business and her financial experiences were a big draw to me, because I felt she could fill in some of my weak spots. Whereas I love dealing with people, I love growing plants, I may not be the best at handling money. We needed somebody that could keep us in budget. So Monique’s background filled in a big weak spot that Whitney and I have.”

Daigle, in turn, noted Fisher’s strengths. “Whitney’s experience, she’s smart, she’s computer savvy, she’s a little younger than we are, so she’s got some experiences and some knowledge that I don’t have.”

Fisher picked up the conversation, describing her role as “pretty much our inventory manager. I’m in charge of taking in all our product, managing the product, and letting Monique and mom know when we need new product. And because we’re such a small store, that’s a very high turnover rate for us.”

Keeping stocked is a top priority for The Honey Pot, and the owners are committed to obtaining as much of their merchandise as they can from Fairbanks area vendors, although they will go further afield for items they cannot source nearby.

“We want to keep it as local as possible,” Fisher said, saying that this applies to value-added products like edibles and concentrates, as well as pipes and other items.

For flower, The Honey Pot is reaching right into its backyard. The store is located on the property where Daigle operates AK Green Bee, and not far from Lane’s Blue Bear Cannafarm. Using both grows as their primary suppliers assures them of a steady stock, especially if one or the other experiences an unexpected disruption.

It took about two years to take The Honey Pot from idea to reality. Among other things, the three had to determine their floor plan and interior design. They envisioned a “store that was inviting, Alaskany, something that people felt good about coming into,” Lane explained.

To achieve the Alaskan style, they contracted North Pole log builder Steve Christianson, who erected the store’s beautiful and very homey structure last summer. For the interior they strove to create a classy, high-end feel. “One of the words we used was up-level,” Daigle said. “We wanted to up-level the aesthetic look and the environment of a dispensary.”

The trio faced other hurdles on the road to opening day. Fairbanks North Star Borough regulations have thus far prevented them from putting in a designated driveway, so for now they have to share one. But they said the planning office has been very helpful as they try to resolve this issue. They emphasized that this has to do with longstanding rules governing borough roads, and is not targeted at them as a cannabis business.

The location has proven popular with customers, though. Situated on Badger Road, not far from the North Pole city limit (commercial cannabis sales are banned within the city of North Pole), it’s one of only three retail outlets serving the region, and it’s the first one customers arriving from farther down the Richardson Highway can reach.

Dispensaries abound in Fairbanks, but for customers living in and around North Pole, there are few nearby options. Thus traffic has been steady, Lane said, noting that, “It’s the neighborhood that has been coming by to see us. We are serving our community.”

It wasn’t just the usual red tape that slowed their opening. Daigle said, “One of the things I’ve been proud of is, we started in a pandemic, and we have continued to be successful month after month.”

The Covid-driven state shutdown delayed their opening, as no one was available to conduct an inspection, Lane said. In the end the state shifted to virtual inspections, and after sending many photos, their license was approved, although they’ll need to have an in-person inspection when conditions permit.

As women with long business histories, both Daigle and Lane said they have both encountered subtle and sometimes overtly discouraging comments from men, and even other women, who think they’re taking on too much, although their families have been fully supportive.

Both choose to ignore this message, too often sent by society. Daigle has background in department management and investment. Lane, who has owned a bookstore, operated a Snap-on Tools truck, and farmed peonies prior to entering the cannabis industry, said she raised her daughters to know that they could be and do anything they wished. And Fisher said that as part of a younger and more inclusive generation, people her age don’t consider gender a bar to anything.

Nonetheless, all three realize that what they are doing is, if not unprecedented, certainly unusual in an industry that remains dominated by men.

“We’re pretty proud of the fact that as women, we’ve conquered some barriers,” Lane said.

David James is a freelance writer in Fairbanks.